SUISA’s December Board meetings usually focus on the figures for the coming year. Budgets, staffing plans and cost coverage deductions for business year 2019 were thus the central discussion point. Report from the Board by Dora Zeller 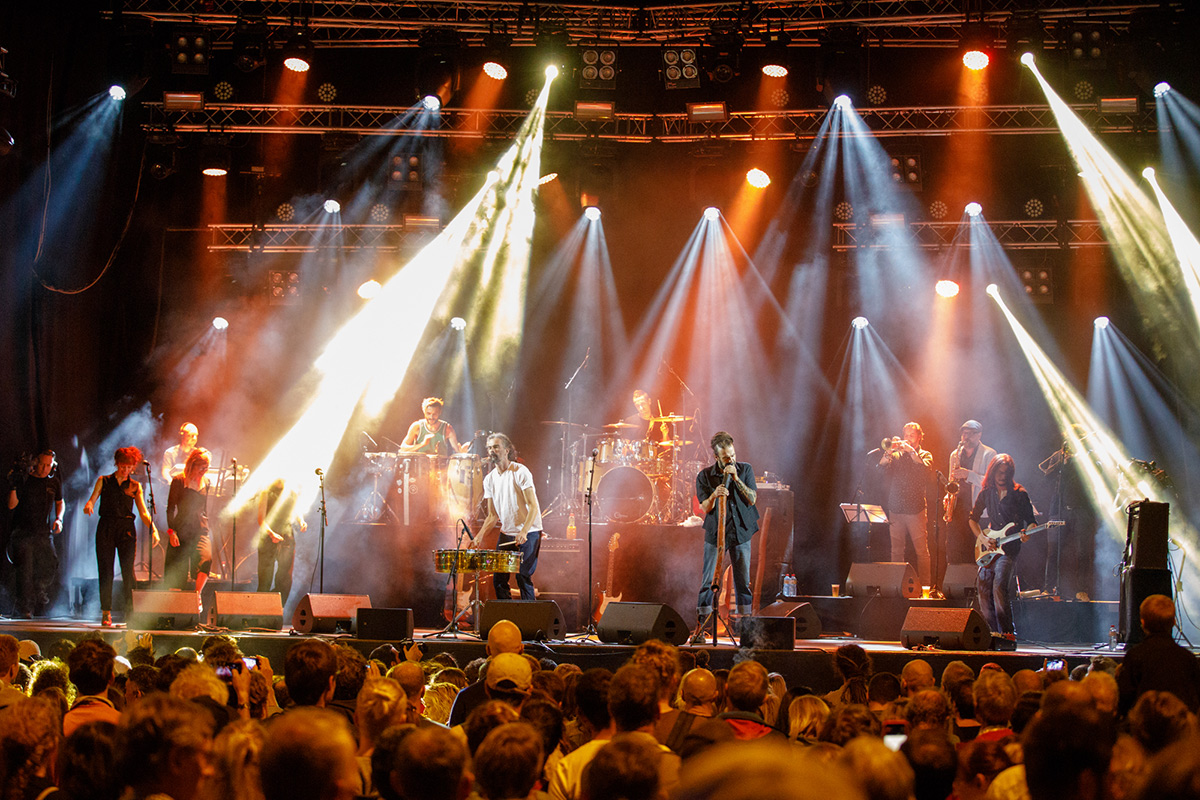 Neuchâtel Reggae band Moonraisers, shown on the main stage of the Label Suisse Festival in Lausanne in September 2018; the event is co-supported by SUISA. Regarding the income from performing rights, including concerts, SUISA expects an increase during business year 2019. (Photo: Anne Bichsel / Label Suisse)

For the second time in SUISA’s history, the Board inspected the group budget of SUISA on top of its regular inspection of the budget of SUISA, the Cooperative Society and parent company. The latter comprises the numbers of the parent company, the 100% subsidiary company SUISA Digital Licensing (SUISA Digital) and the 50% share in the Joint Venture Mint Digital Services AG. The budgets of SUISA Digital and Mint are approved by the respective administrative boards of the two companies; the relevant numbers are then incorporated into the group accounts.

Increase in income thanks to performing rights

SUISA’s budget for 2019 provides for an increase of the income from the exploitation of copyright in Switzerland and Liechtenstein, especially due to the income from performing rights (more events, higher admission charges). The decline in mechanical/reproduction rights is set to continue. In the case of compensation claims, growth is expected; the same applies to online usage income. Foreign income has been calculated analogously to 2018, secondary income has been set higher.

For business year 2019, a total turnover of CHF 166.5m has been budgeted (2018: CHF 152m). Costs are expected to rise from CHF 29.5m in the previous year to CHF 32.5m. This is due to higher staff costs required for collections regarding Tariff CT 3a (background entertainment) and additional positions in the IT department.

With respect to the cost deductions, the Board sets a percentage each year in relation to the distribution of the income that is to be deducted in the following year. For 2019, the percentages of the previous year will be retained in the offline sector. Cost deductions in the online business, however, are subject to change; the reason for this is the outsourcing of licensing and partially distribution activities to the subsidiary companies.

SUISA members had agreed to various changes to the Articles of Association at the General Assembly in June 2018. The revision of the Articles of Association also took place in the context of the alignment with the Liechtenstein Collecting Societies Act and the EU Directive on Collective Rights Management (CRM Directive). As a consequence, the division of powers and the organisational policies had to be adapted, and rules of procedure for the newly created Complaints Committee had to be drawn up. The Board has ratified all of these policies.

FONDATION SUISA and Revision of the Swiss Copyright Act

The SUISA Board Committee for Organisation and Communication and the responsible parties of the FONDATION SUISA have established an “annual dialogue” which takes place at the end of the year. This time, Marc Savary, President of the Foundation Board of the FONDATION SUISA reported on the amendments in the respective Statutes and regulations/policies. He also provided an overview on the activities of SUISA’s foundation for music promotion and answered questions of the Committee members.

Furthermore, the Board was concerned about the news that the National Council intends not to adhere to the compromise by the Working Group on Copyright (AGUR12) in its deliberations on the Copyright Revision and plans to provide for an exception regarding TV reception in guest rooms in the law. As a consequence, the new law would be worse than the previous one. The Board has instructed Management to undertake measures so that the Council of States corrects the decision of the National Council.