The revision of the existing Copyright Act is entering the decisive phase this year. After seven years’ preparatory work, parliamentary debates have now started. The revised act could come into force on 1.1.2020 if both federal houses respect the delicate compromise. Text by Andreas Wegelin 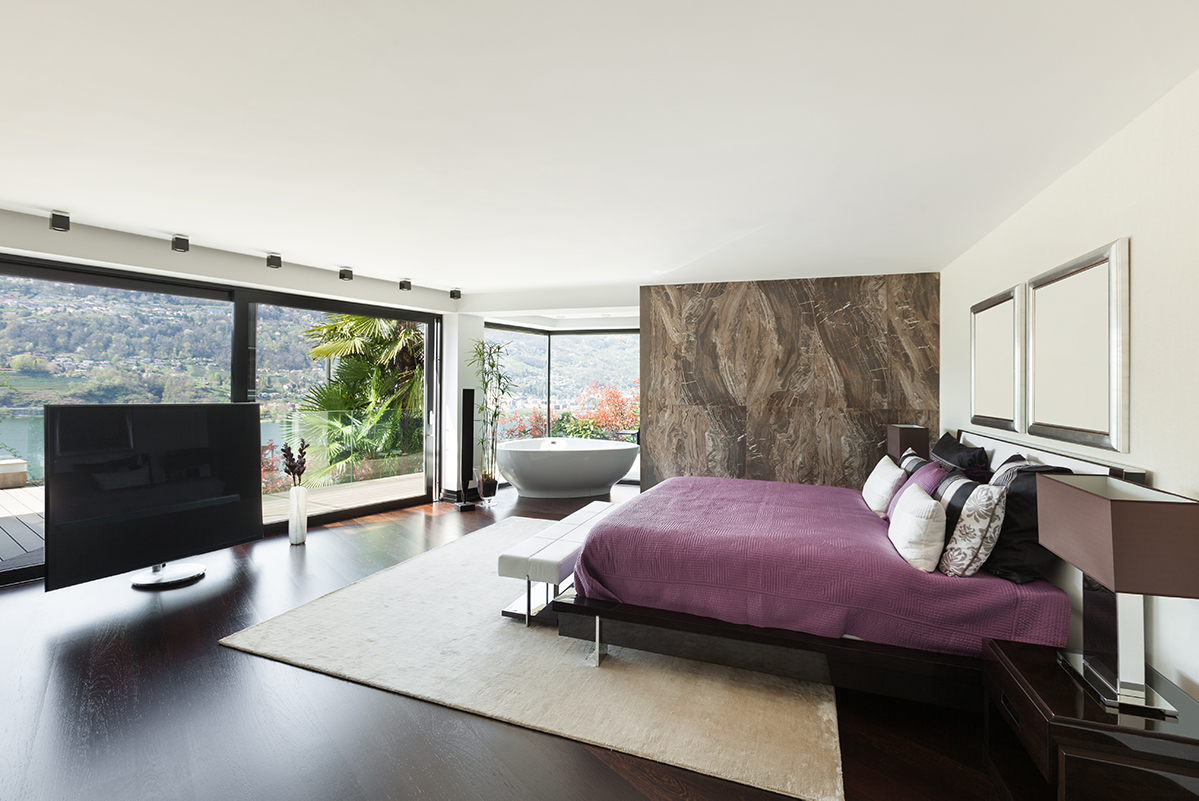 The jurisprudence in Switzerland and Europe is clear: when a hotel receives radio or television broadcasts and retransmits them into its guest rooms, it is a use which is relevant for copyright purposes. (Photo: Piovesempre / iStock)

The long road to a minor partial revision started nine years’ ago: in 2010, State Councillor Géraldine Savary asked the Federal Council to propose solutions to prevent the use of illegal online offers. The Federal Council rejected the request arguing that authors could simply give more concerts to make up for the loss in earnings caused by the slump in CD sales. This answer outraged musicians, and rightly so: not all composers can perform their own works.

In summer 2012, Federal Councillor Sommaruga responded to the protests by creating a working group to prepare proposals for the revision of the Copyright Act. AGUR12, as the working group was called, submitted its recommendations in December 2013. Based on those recommendations and on a wealth of additional unacceptable proposals, the Federal Council produced a preliminary bill in 2015 which met with widespread criticism in the consultation process. FC Sommaruga was obliged to reconvene the AGUR in autumn 2016. AGUR12 II concluded its work in March 2017 with a compromise. At the end of 2017, relying largely upon this compromise, the Federal Council submitted a revised bill to Parliament.

Main points of the revised bill

The relevant key elements of the compromise for musical authors are:

Remuneration for video on demand – unnecessary for composers

The Federal Council also proposed to introduce a remuneration claim for music with regard to video on demand (Articles 13a and 35a). Music creators do not, however, need this: Article 10(2) already entitles them to authorise or refuse the use of their works (in this case, film music). SUISA has already concluded licence agreements for VoD services with all main providers. No new remuneration claims are needed. The existing legislation is adequate.

The VoD remuneration claim was primarily designed to enable Swiss filmmakers to receive fair compensation when their films are viewed on new platforms like Netflix. This would reduce the “value gap” that filmmakers suffer because they participate neither in the direct “pay per view” revenue nor in the platforms’ indirect revenues from advertising and the sale of usage data. Conversely to film music composers who are well organised in rights’ management organisations worldwide, Swiss filmmakers have very limited bargaining power and are therefore dependent on this new remuneration claim.

Against the recommendations of AGUR12 II, the Federal Council extended this claim to music authors who, as mentioned above, do not need this special entitlement. Regrettably, the National Council did not follow our reasoning in the detailed discussion of the law in December 2018 and failed to provide for an exception for music authors. The last hope now lies with the Council of States, which will probably deal with the subject in its March session.

New exemption from the obligation to pay remuneration for radio and TV reception in hotel rooms?

In December 2018, the National Council decided, via the back door so to speak, to follow the parliamentary initiative of Valais FDP MP Nantermod and add a new clause in Article 19(1)(d) FCA providing that the retransmission of radio and TV broadcasts, but also of music or video channels, on demand in hotel rooms, rented holiday apartments, hospital rooms and prison cells, are exempted from copyright fees. As a result, authors would be in a worse position than under the existing legislation, and the revision of the law would work largely to their disadvantage.

What is at stake? If a hotel retransmits radio or TV broadcasts to its guest rooms, the retransmission qualifies as a “rebroadcast” within the meaning of Article 10(2)(e) FCA. This was decided by the Federal Supreme Court in 2017. The providers of TV sets and audio players in guest rooms are hoteliers, landlords of holiday apartments, or hospital operators. All of them operate for profit. Such usage does not, therefore, qualify as private use. The jurisprudence in Switzerland and Europe is clear: this is a relevant usage under copyright law.

The decisions are based on the Bern Convention, the most important international treaty in copyright law, and on other international treaties such as the WCT and the WPPT. Switzerland cannot disregard these treaties. If it did, it would expose itself to sanctions because the obligations under the Bern Convention are also enshrined in the WTO Agreement on the Protection of Intellectual Property (TRIPS). To avoid sanctions if Switzerland were to incorporate this new exception into its law, the exception could only apply to the works of Swiss authors – a totally unacceptable discrimination.

“Hotel rooms would hardly be cheaper if the small copyright fee was eliminated.”

What does it cost hoteliers today? Fees are calculated based on the surface area covered by the TV/audio usage. Up to 1000 m2, the monthly licence fee is CHF 38. Hotels with up to 50 rooms of 20m2 each pay less than CHF 1 per room per month. The rate is slightly higher for larger areas. Hotels with 100 rooms pay CHF 91.80, which is still less than CHF 1 per room per month. The cost for hotels is therefore modest. However, all things being equal, the shortfall for authors and other rightholders would add up to some CHF 1 million per year.

Hoteliers pay their other suppliers for all other services delivered to their hotels. These range from electricity and cleaning to soap in the bathrooms. These goods and services are not provided free of charge – they are part of the hotel supply chain. Hoteliers run their hotels for profit, and in-room entertainment contributes to the price of a room and, therefore, to the added value of the hotel. Why should hoteliers who offer this service to their guests not have to pay the music and film rightholders? Exempting hotel rooms from the copyright remuneration obligation would discriminate against authors and other rightholders compared with other suppliers. And consumers would not even benefit from the exemption because hotel rooms would hardly be cheaper if the small copyright fee was eliminated.

The compromise and the FCA revision both at jeopardy

As mentioned above, the compromise bill for the revision of copyright law put together by AGUR12 II and the Federal Council is now on the finishing straight. If Parliament were to significantly worsen authors’ situation by introducing the hotel room exception, authors would feel slighted and might present further demands for revision. With the risk that no new law is adopted and nearly nine years’ revision efforts will all have been for nothing in the end.

If the revision were to deprive them of the right to allow their works to be rebroadcast in hotel rooms against remuneration, music authors would probably be better off under the existing law.

It is essential that we defend the delicate compromise in the coming months and impress on the Councils that no further changes to the detriment of authors are admissible.