As in previous years, the summer meeting of the SUISA Board took place on the day before the General Assembly, on Thursday, 20 June 2019, in Biel. Report from the Board by Andreas Wegelin 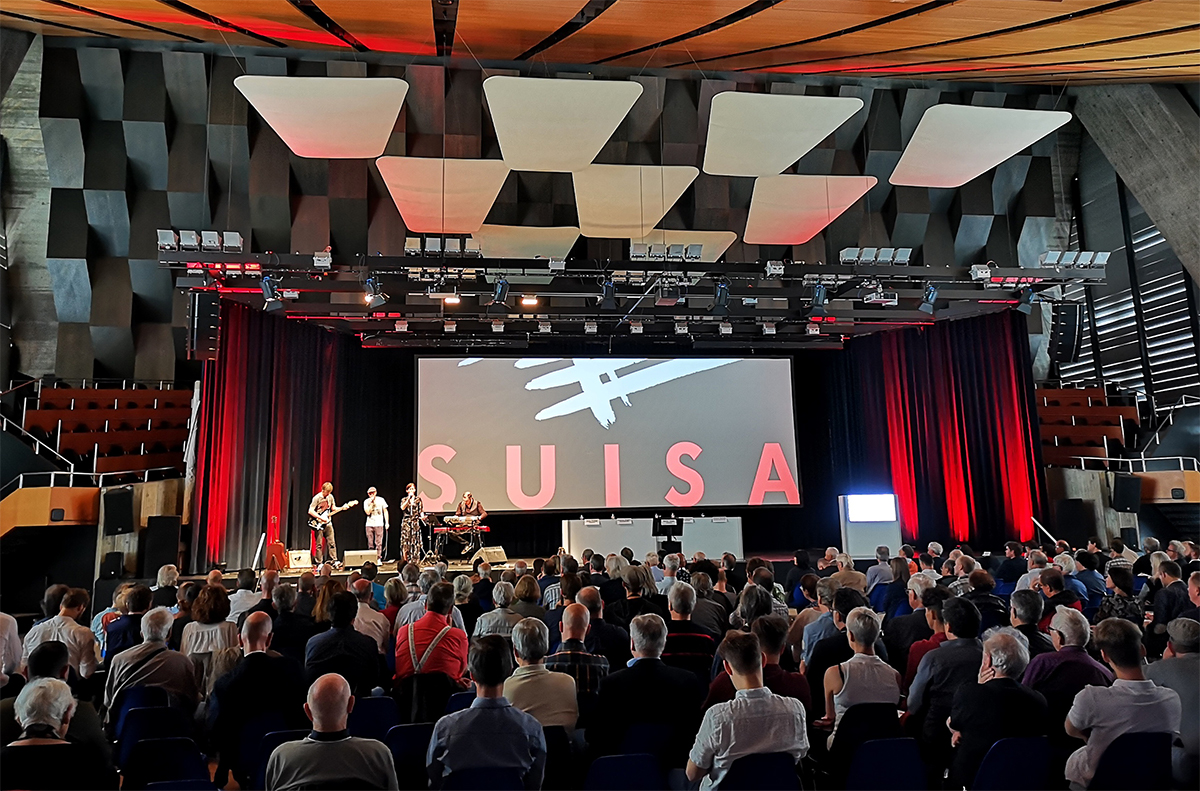 The SUISA Board held its summer meeting the day before the General Assembly that took place at the Biel/Bienne Congress Centre, as shown in the image. (Photo: Natalie Schlumpf)

In addition to the usual final preparations for the General Assembly, the SUISA Board also noted the comprehensive report by the statutory auditors for the 2018 financial year. In general, the audit gave the management team a good report. However, it also suggested some improvements. The management team has now been tasked by the Board with actioning the proposed improvements.

The prospects for the Mint joint venture, which completed its second year of operation at the end of March 2019, was another important topic for discussion at the board meeting. The Board decided that, as the parent company of Mint, the SUISA cooperative shall provisionally waive the assertion of any claims for work and IT services provided in support of the joint venture company Mint, in the same way as the American partner SESAC.

The Board also addressed the issue of whether SUISA could offer services abroad in the future, in the event that the local collecting society is not working satisfactorily. It will decide in greater detail based on specific cases.

The Board was once again able to note pleasing distribution results. In June 2019, beneficiaries in Switzerland and abroad received CHF 43.7 million.

Finally, the Board approved changes to the distribution rules and several adjustments to the General terms and conditions of the rights administration agreement, made necessary by the Liechtenstein collecting society regulation and the EU directive on collecting societies. The updated General terms and conditions for rights administration will be supplied to all members shortly. The changes to the distribution rules will be presented via the SUISA publishing channels once they have been approved by the regulatory authority.

After the meetings, the Board members met with heads of department and managers for an evening meal, providing the opportunity for discussion and for getting to know some new senior managers.