Four times each year, SUISA Board members gather in committee and plenary meetings. Some of the agenda items are recurring at a set date each year: In spring, the annual accounts for the past financial year is an important issue. In December, the budget for the following year is set. Additional topics arise from the course of business such as changes to the distribution rules, details on tariff negotiations or the cooperation with other organisations. Report from the Board by Dora Zeller and Manu Leuenberger 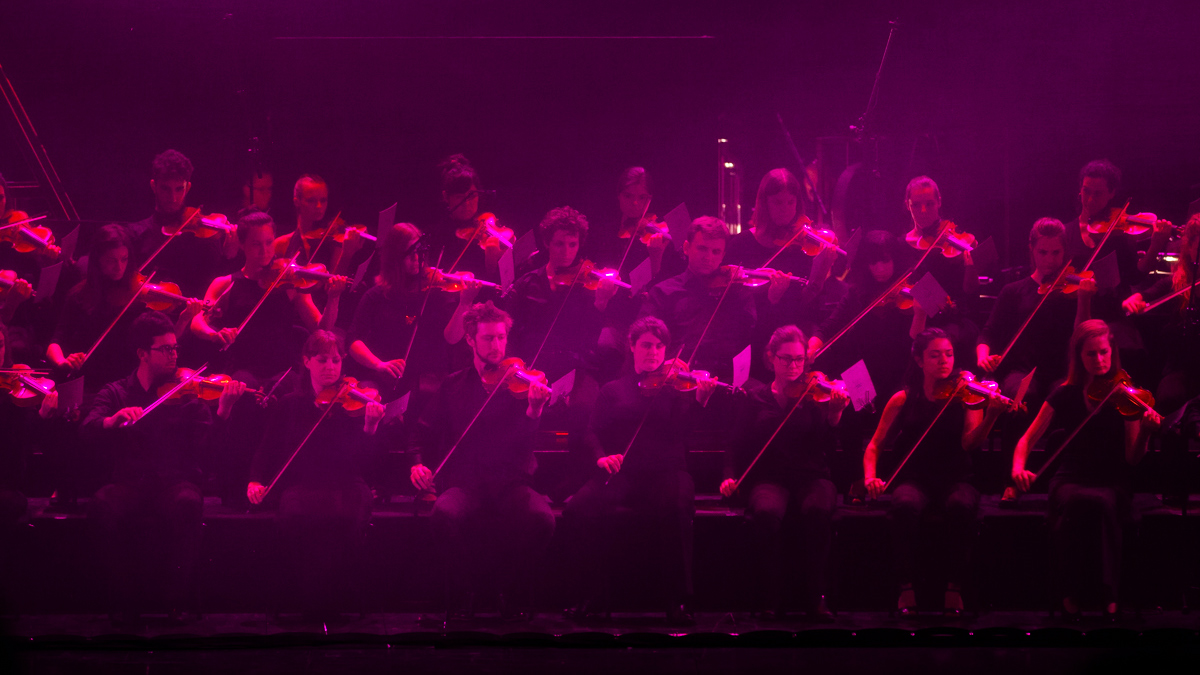 Snapshot of a concert with works by Claude Vivier and Karlheinz Stockhausen during the last Archipel festival in Geneva: In 2017, SUISA is going to carry out a sponsoring project together with the festival organisers. (Photo: Raphaëlle Mueller)

Budget control is one of the fixed items on the agenda for the Committee for Finance and Controlling. A review of the figures relating to the current financial year during the October 2016 Board meetings showed a positive trend: As at 31 August 2016, collections were higher than budgeted figures, and expenses stayed within the budget.

The Chairman of the Board Committee in charge expressed his satisfaction at the positive development of the total domestic collections and the fact that they surpassed both the budget and the income from the previous year. Said trend had already emerged in the report on the current financial year presented to the General Assembly in June.

With regards to broadcasting rights (CHF 44.6m), the new Tariff S (private broadcasters) had a favourable effect. As to performing rights (CHF 33.4m), it was mainly due to Tariff E (cinemas) and CT 3a (background entertainment) that such good results were achieved. Reproduction rights, however, failed to meet expectations (CHF 4.2m), and thus reflected the respective market conditions.

However, the year hasn’t come to an end yet. Irregular payment receipts, appeals regarding tariff negotiation processes or market trends are factors that SUISA can hardly influence. Nevertheless, Board Directors and Management are confident that the budgeted numbers will be reached, maybe even exceeded by the end of 2016.

During the Board Committee for Organisation and Communication, SUISA’s sponsoring involvement for 2017 were discussed. SUISA usually does not participate in many sponsoring opportunities as a rule. SUISA usually pursues a specific purpose when getting involved.

The main intention is to raise awareness for composers’ creations and to anchor cultural and economic values of such creative work into public perception. Furthermore, sharing copyright knowledge and informing the public about SUISA’s activities are primary purposes of sponsoring involvements. In such cases, specific projects are usually chosen where compositions, SUISA and copyright can be used as concrete topics for discussion at events and special occasions.

As such, a new SUISA involvement in sponsoring is planned to be for the classical music sector. The Board of Directors welcomed this initiative. A cooperation project with the Archipel Festival is planned for 2017. The festival for contemporary music creation shall take place between 24 March and 2 April 2017 in Geneva.