Due to a mid-term resignation, a seat on SUISA’s Distribution and Works Committee needs to be filled. We are looking for a SUISA member who is a publisher, active in the rock/pop, jazz or electronic genre and originates from the German-speaking part of Switzerland. Text by Irène Philipp Ziebold 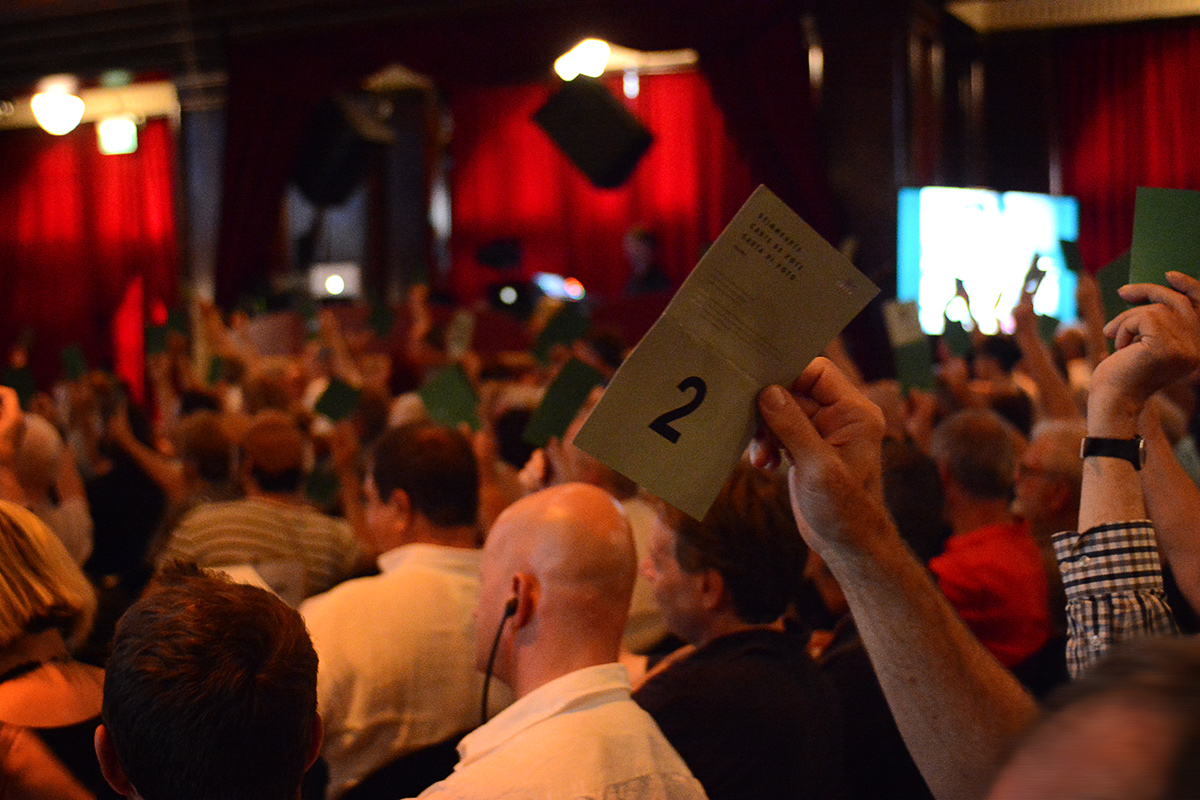 Bang in the midst of it rather than watching from the sidelines – SUISA is looking for a member that holds voting and election rights willing to co-design the distribution of collections in the Distribution and Works Committee. (Photo: Manu Leuenberger)

SUISA authors and publishers have the opportunity as members of the Distribution and Works Committee (VWK) to directly shape the distribution of the collections arising from works usage. The Distribution Regulations are the authoritative documentation governing the issue of who ultimately gets how much money and for which usage of their works. The Distribution Regulations are also the centre of attraction of the meetings of the VWK which takes place twice a year, where VWK members are presented with any pending changes in the rules for discussion and co-determination. The final resolution regarding the respective change shall be made by the Board.

Music genres, regions, authors and publishers – it’s all in the mix

Based on the above mentioned criteria regarding the search of a successor for the member that has stepped down, the goal is to ensure that the VWK’s composition is as balanced as possible in future since this is a central point for its work. In the Committee, there are thus many different music genres as well as all linguistic regions of Switzerland and the Principality of Liechtenstein that must be represented. Furthermore, the VWK must consist of composers, music publishers as well as lyricists. Finally, the Committee should also exhibit the best possible mix regarding age and gender.

Further requirements for becoming a member of the VWK

Only SUISA members who hold a right to vote and elect can be appointed into the Committee. The (future) VWK member must – apart from the direct relationship to music – understand the effect of current decisions on the future. Members of the VWK may therefore not just focus on their own business areas, but must represent the interests of all authors and publishers. After all, being a Committee member takes time: The meetings of the VWK do take up a whole day (2x per annum) – including travel time and joint lunch. Members are also required to prepare accordingly for the meetings; this includes reading comprehensive and exhaustive materials which are provided in the run-up of the meeting.

Tasks of the distribution and works committee

A maximum of 22 members make up the VWK; they are elected for a term of four years by the General Assembly. The selection of the candidates proposed for election will be made by the Board. A re-election is limited to three terms in office.

Since the by-elections take place during the SUISA General Assembly on 22 June 2018 and the preparatory process does take up some time, we kindly ask interested candidates to send their application no later than Monday, 26 March 2018 to the following address: