SUISA’s 2016 General Assembly takes place on Friday morning, 24th June 2016 in the Paul Klee Centre in Berne. With its 4,000 works, the centre holds the most important collection of paintings, water colours and drawings by Paul Klee worldwide. Participants of the General Assembly get free access to the museum after the event. Text by Dora Zeller 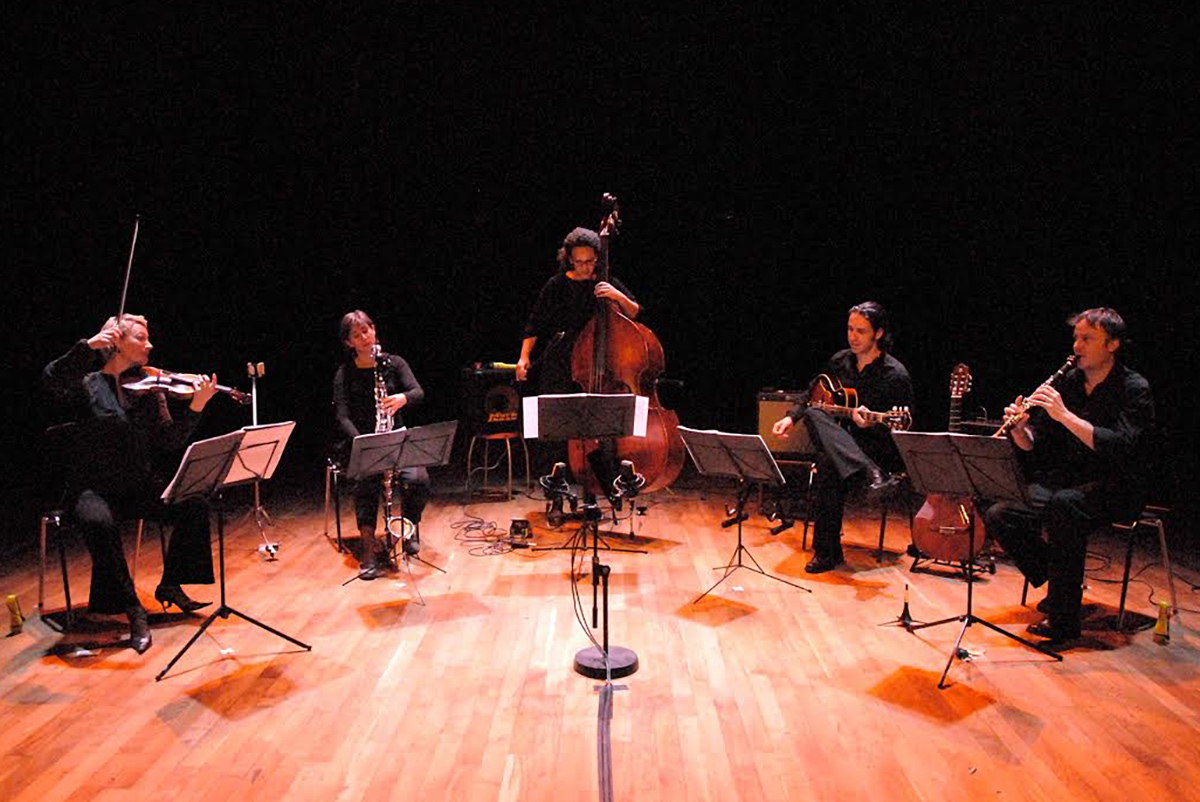 The General Assembly 2016 is opened by Boulouris 5. The ensemble consists of one violin, a guitar, a clarinet, a double bass and a bass clarinet, played by five musicians trained in classical music and jazz. They are looking forward to enchant the attending SUISA members with their music and to take them away to an emotionally charged world of sound for a few minutes.

It is not just the financial statements, profit and loss accounts, auditors’ report and annual report due for approval by the General Assembly. What’s new is that the management report, the cash flow statement as well as the annex to the annual accounts 2015 are now also subject to the members’ votes. This is due to the accounting standards that have come into force this year (Swiss GAAP FER).

SUISA could, once again, report positive financial results last year. By the time of the General Assembly, the first half of business year 2016 will have passed. An interim report is intended to show how the numbers have been developing in the current year.

The Board recommends a revision of the pension regulations to be submitted for approval. The current regulations no longer correspond to all requirements in practice and some wordings need to be defined further. There are no plans to change anything in relation to the benefits for the covered authors and publishers though. The revision is intended to provide contemporary regulations which are adapted to today’s legislation.

Roger de Weck is the Director General of the Swiss Broadcasting Corporation (SRG), the biggest user of works protected by copyright in Switzerland. It acquires the relevant usage rights mainly via collective management organisations. It is thus SUISA’s financially most important customer. Under the mandate of the public service, SRG has the mission to provide the Swiss public with radio and TV programmes ensuring plurality of opinion. What this means in real terms and where its challenges lie will be explained by Roger de Weck in his guest speech.

The FONDATION is a non-profit foundation and obtains its financial means via an annual allocation of 2.5% of SUISA collections from performing and broadcasting rights in Switzerland and the Principality of Liechtenstein. During the General Assembly, an overview of the activities of SUISA’s foundation for the promotion of music will be given. This includes the announcement on the recipient of the FONDATION SUISA 2016 prize, carrying a value of CHF 25,000.

SUISA members who are entitled to vote may register online for the SUISA General Assembly 2016 at: www.suisa.ch/generalversammlung

We look forward to welcoming you in Berne.