For the last 10 years, the association Helvetiarockt has been fighting for a better representation of women* in the music scene. Time for a review. Guest contribution by Markus Ganz 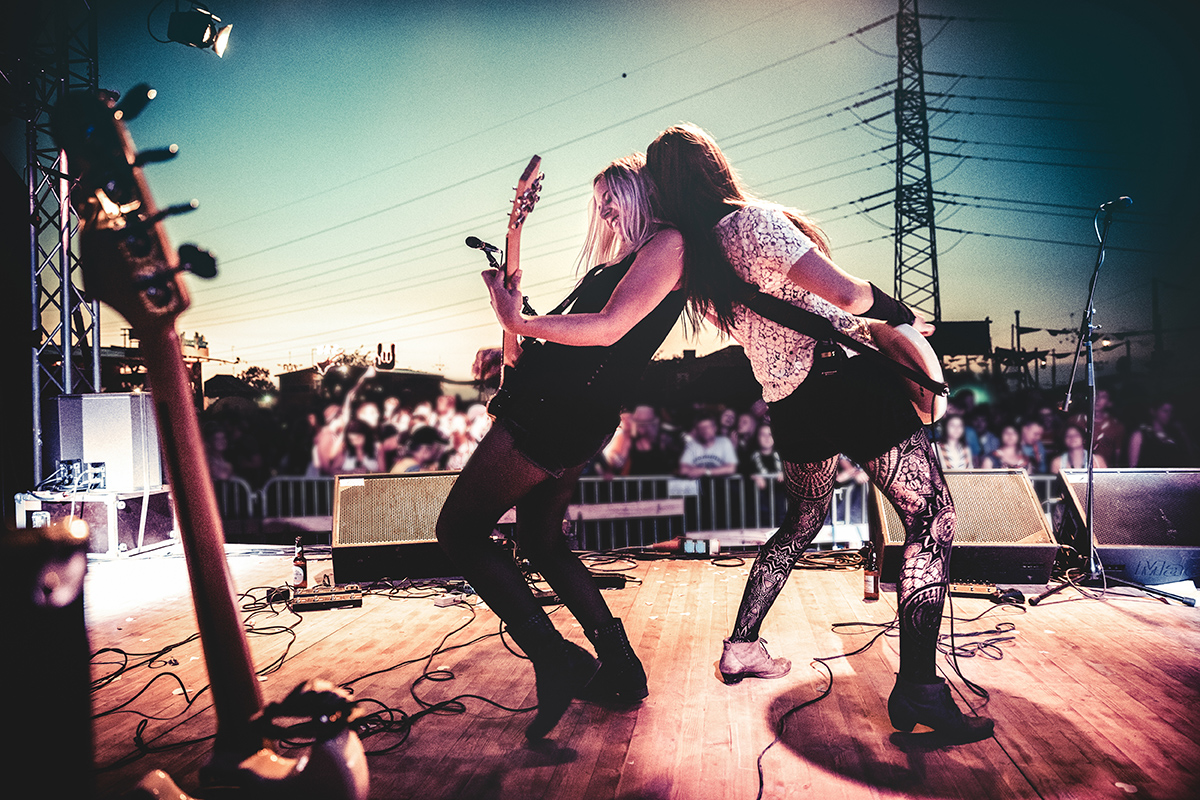 Those who go to concerts or who look at the information on music productions will not be surprised by finding out that women* are greatly under-represented in the music scene. The association Helvetiarockt estimates that in the pop, rock and jazz sector the share of women* on stage is about 15 percent, whereas in music production it is even as low as 2 percent.

SUISA, which is a supporter of Helvetiarockt and specifically promotes the association’s projects, can provide precise figures: At the end of 2018, the share of women* among authors was 15.7 percent. In a preliminary study regarding the womens’* share in the Basel pop scene, the result was even worse: Only just 10 percent of the persons who actively made music in the years between 2008 and 2017, were female. These figures are even more disillusioning since the share of girls* in music schools, according to an estimate by Helvetiarockt, is still 50 percent.

Helvetiarockt has been promoting a “significant increase of the womens’* share in the Swiss music business” since 2009. The association follows this objective mainly with an increasingly broad and specific offer of workshops such as a “songwriting camp” and events such as panel discussions.

That way, Helvetiarockt wishes to motivate young women* to become active in the music scene on the one hand. On the other hand, the association wants to specifically support and connect professional female* musicians and sensitise the sector regarding this subject. As a consequence, it is important that the many women* who engage themselves in the association should also be active in the music industry themselves.

Chantal Bolzern is a lawyer and has been working for SUISA between 2004 and 2017. Since 2015, she has been involved in Helvetiarockt, provides input talks regarding the topic “music and right”, and has been female* Co-President of the association since 2018. She counts the fact that Helvetiarockt has been able to create awareness for the main objective of the association among the most important achievements. “We hardly need to discuss it any longer these days whether the equal treatment of women in the music sector is important. We have thus a good basis in order to have a bigger effect.”

It is with satisfaction that Manuela Jutzi states that she no longer has to listen to the question whether there is actually a need for Helvetiarockt. She is a female* Co-Director of the association and already took over the management of the “Female* Bandworkshop” in 2014. “Whenever we run it, the importance for young women* becomes clear time and again, i.e. that they can take the first steps of making music in a protected environment.” Many are still rather inhibited at first – irrespective of whether this might be due to socialisation or old role models. “I can, however, see an improvement that has taken place throughout the years, and a major part of this is due to the fact that young women* can increasingly experience role models on stage.”

In fact, it is no longer as it was at the end of the previous millennium where only a few self-confident Swiss female* musicians such as Vera Kaa, Betty Legler or Sina created a stir with their songs – and could thus become role models. Today, there are many examples, for example Nicole Bernegger, Heidi Happy, Stefanie Heinzmann, Sophie Hunger, Anna Rossinelli, Valeska Steiner (Boy) etc. Music styles which had been previously uncommon for Swiss female* musicians are now home to Anna Aaron, Big Zis, KT Gorique, Anna Murphy (Eluveitie) and Steff la Cheffe.

Muriel Rhyner can also act as a role model. She has been involved with Helvetiarockt since the beginning, she is a member of the team and is running the “Female* Songwriting Camp” which had been supported by SUISA in 2019. She also felt that there was a clear change. “When, in 2005, at the age of 17, I seriously chose a music career with The Delilahs, back then a pure womens’* band, I felt rather lonely. I could not exchange my views with other female* musicians – something that is also very important from a human point of view, something I can now experience repeatedly at Helvetiarockt events.” At the “Female* Songwriting Camp”, she keeps discovering that the female* participants are initially rather insecure. “But then, they push each other increasingly – and such a momentum is something I hope for the efforts of Helvetiarockt.”

It is hard to say by how much exactly the womens’* share in the music scene has improved. SUISA’s evaluation at least revealed that the womens’* share among the new members in the last five years was higher than that of all female* authors (End of 2018: 15.7 percent): It stood between 19 and 21 percent, respectively. That’s a good starting point for the future work of Helvetiarockt.

After years of development and explaining, Helvetiarockt was now in a position where it could focus on the implementation of the association’s objectives, Chantal Bolzern adds. “We now have some good and new instruments such as the Diversity Roadmap which we created together with partner institutions. It shows event organisers how they can recognise diversity and equality in clubs and at festivals.” Next to be added are new offers for professional female* musicians as well as the expansion of the previous contact pool.

The main objective of the association

“We create a new database which is not limited to female* musicians”, Manuela Jutzi reveals. “It should also be open to other women* who are active in the music sector. That way, we can increase the visibility of women* in the music sector and facilitate the exchange among them at the same time.” The main objective for Manuela Jutzi is, however, “that, one day, Helvetiarockt will not be needed any longer.” In her opinion, this would be the case if at least every third person in the music scene was female.

* In this text, the notion of the “gender asterisk” (a method to provide a gender-neutral version in the written form of the German language) has been applied, just as it is used by Helvetiarockt.