SUISA member KT Gorique had been invited to the panel organised by SUISA, “Hit the World” at the M4music Festival 2019, in her capacity as an expert for songwriting in the Rap genre. Shortly afterwards, it became known that she is one of the price winners of the Swiss Music Awards 2019. An interview with the rapper who lives in the Valais, and who carries her music into the whole of Switzerland. Text by guest author José Tippenhauer, Swissmusic.ch 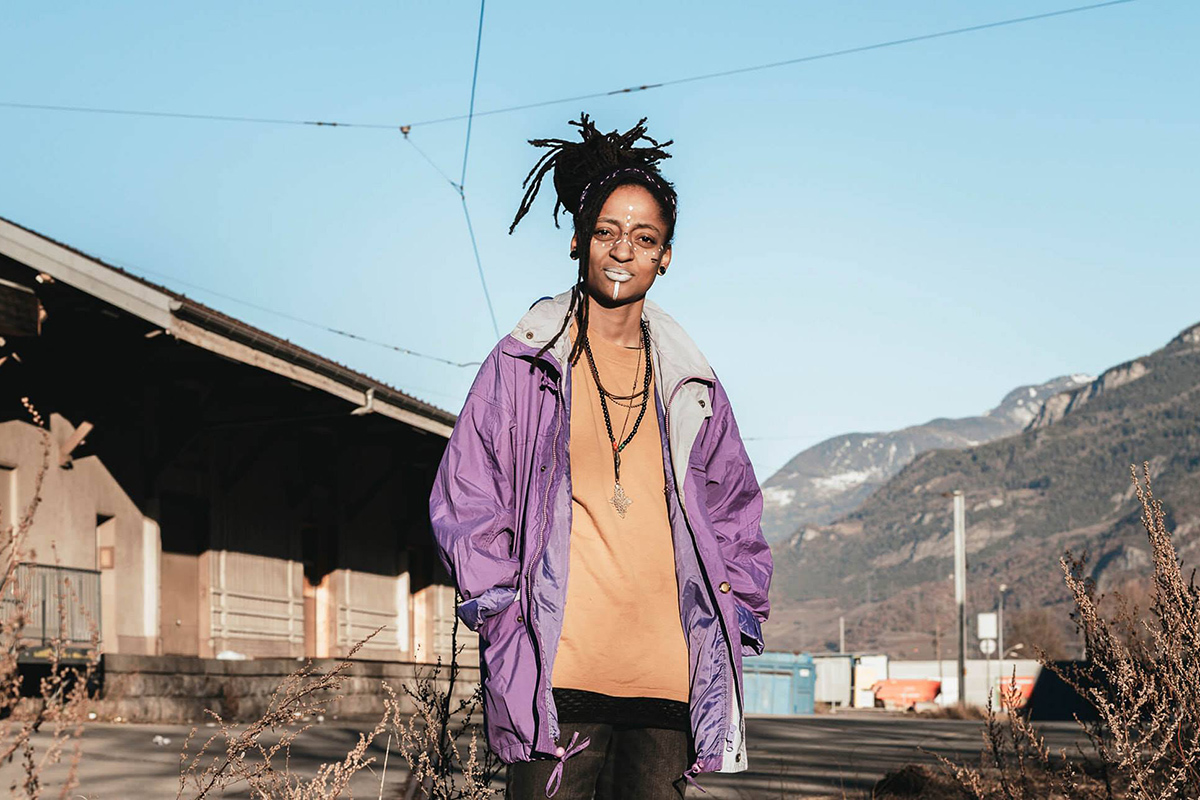 “She performed on stage in the Senegal, in Canada and all over Europe and it is not possible to imagine the Swiss rap scene without her”, writes the Federal Agency for Culture (BAK) with regards to the recent award winner of the Swiss Music Award 2019, KT Gorique. (Photo: Jérémie Carron)

KT Gorique deserves her nickname “Swiss knife”. After winning the international rap improvisational contest End of the Weak in New York in 2012, she starred in the film Brooklyn by Pascal Tessaud, portraying the young rapper Coralie. In 2016, she released her first album Tentative de Survie and last year, she entered the charts with her project Kunta Kita. A few weeks after her nomination at the Swiss Music Awards, her ascent continues. She’ll be warming-up for Nicki Minaj at Hallenstadion (Zürich) and is so far the only French-speaker on the bill at Frauenfeld. 2019 is full of promise for this Valaisanne rapper with whom we talked about Switzerland, her inspirations and her creative processes.

Your last project “Kunta Kita” was released in July 2018. What’s been the outcome for you?
KT Gorique: This project has marked a big change in my career. I could not have expected half of what has happened to me as a result!
Since its release, I’ve played forty gigs, including my first as headliner, and several were sold-out (St. Gallen, Lucerne …). These last six years, I’ve primarily done “discovery” gigs for people who didn’t necessarily know me. With “Kunta Kita”, a fan base has now been established. The paradox is that most of my audience comes from German-speaking Switzerland despite the fact that I sing in French, quite unbelievable!
The project is distributed by the Zurich label FarMore Records, but most importantly, in September SRF3 named me “Best Talent” of the month. It’s mainstream radio that has brought me to a different audience. I notice it at my concerts where there are now hip-hop fans, punks, rastas, rockers, young and old people. For me, this is the best gift. I make music for everyone, not just for those who already have the rap vocabulary.

Now that you’re performing a lot in German Switzerland, what do you think of this famous Röstigraben (the symbolic barrier between the French and German-speaking parts of the country)?
The budget that the audience is ready to part with is very different. I recently played a date in Lausanne with other French-speaking artists, the entry fee was 25 CHF. I thought people would find it expensive and, indeed, the room was not full. The following week, I played in German Switzerland, just me and a warm-up act for 30 CHF, and the venue was full!
I have the impression that in Romandie (French part of Switzerland) we seek our identity from the French side. Whereas when the Swiss Germans see Swiss artists who have talent, they say “it’s cool because they are good and especially because they are Swiss!” And they will encourage them.
In Romandie, we tend to appreciate our artists only if they are validated in France, or at least outside our borders. Fortunately, things are starting to change. I recently performed with Danitsa, Comme1Flocon, SWK and Chien Bleu – a similar line-up with just French-Swiss artists would have been impossible 3 years ago!
To come back to the Röstigraben, when I tell the Romands that I am going to gig in German Switzerland, they say to me: “But aren’t they really closed-minded?!” On the contrary, I realize that they are twice as open as us! The proof is that they welcome us, but the Swiss-German rappers are unknown here.

In “Outta Road”, you hit upon people dressed in yellow vests, before the group had become a movement. In your “NAYUNO Session”, you talk about the “Gilets jaunes”, saying: “yellow has the edge this winter, they wear it as a vest, I want everyone together.” Is this a cutting remark?
On the contrary, it’s a message of encouragement. If I were French, I would be on the road every day with them, wearing yellow vests all the time, even on my legs!
Everything I write comes from instinct. I find it wonderful when I see people who do not necessarily come from the same social backgrounds asserting their rights as human beings, because they are in an unfair or unbearable position. So when I say “I want everyone together” it means “I’m with you till the end!”

Let’s talk specifically about your creative process. What do you mean by “writing from instinct”?
To come up with lyrics, first of all, I need a beat. I can sometimes write a little without one, but it won’t result in an entire song. When I want to start writing a song, I automatically need to have music, it’s what determines the words.
With regard to inspiration, my source is the day-to-day. There are many things in life that I’m sensitive to. It can be what I see, what I live, what I hear, the experiences of people around me, my family or difficulties that I encounter. It can be very personal, but also more global – as in the example of the Gilets jaunes.
From there, I’m guided by the music and emotions. I try to connect to what I’m feeling and to shape this around the rhythm. I quite often write on my computer, otherwise, when I want to keep things really sharp and instinctive, I write out the lyrics directly in my head. I do one sentence after another and I retain them little by little, without having to transcribe anything onto a sheet of paper. The voice melodies and the flow then start to follow naturally, depending on what I want to say. This way I feel much more instinctive: direct in what I mean and how I want to come across.

In addition to writing your lyrics, you also compose your own beats. How do you do this? What sounds do you start with?
Yes, I compose from time to time. In theory, I start off with a base, a little vibe that acts as an energy, for example something that could be melancholic, a bit reggae or a little cainfri (“African”). I always set off with a kind of colour that’s in my head, it’s actually very abstract. I then try to transcribe, melodically-speaking, what’s in my head, using a lot of samples on my MIDI keyboard. I keep looking and looking until I find the right sound or the notes that speak to me. I then start with the basic melody and I build around it from there. I continue like this until my instrumental part is composed.

The interview with KT Gorique was held in the course of the thematic dossiers “A la découverte du rap romand” (Discovering Rap in the French part of Switzerland) by Swissmusic.ch and was first published there in March 2019.