Martin Nauer is one of the three nominees for the Prix Walo 2018 in the category folk music. The accordion player has been performing for more than four decades with the Ländler ensemble Carlo Brunner. At the 44th Prix Walo, SUISA presents the award in the category folk music and has asked Martin Nauer some questions in writing in the context of his nomination. Text/Interview by Sibylle Roth 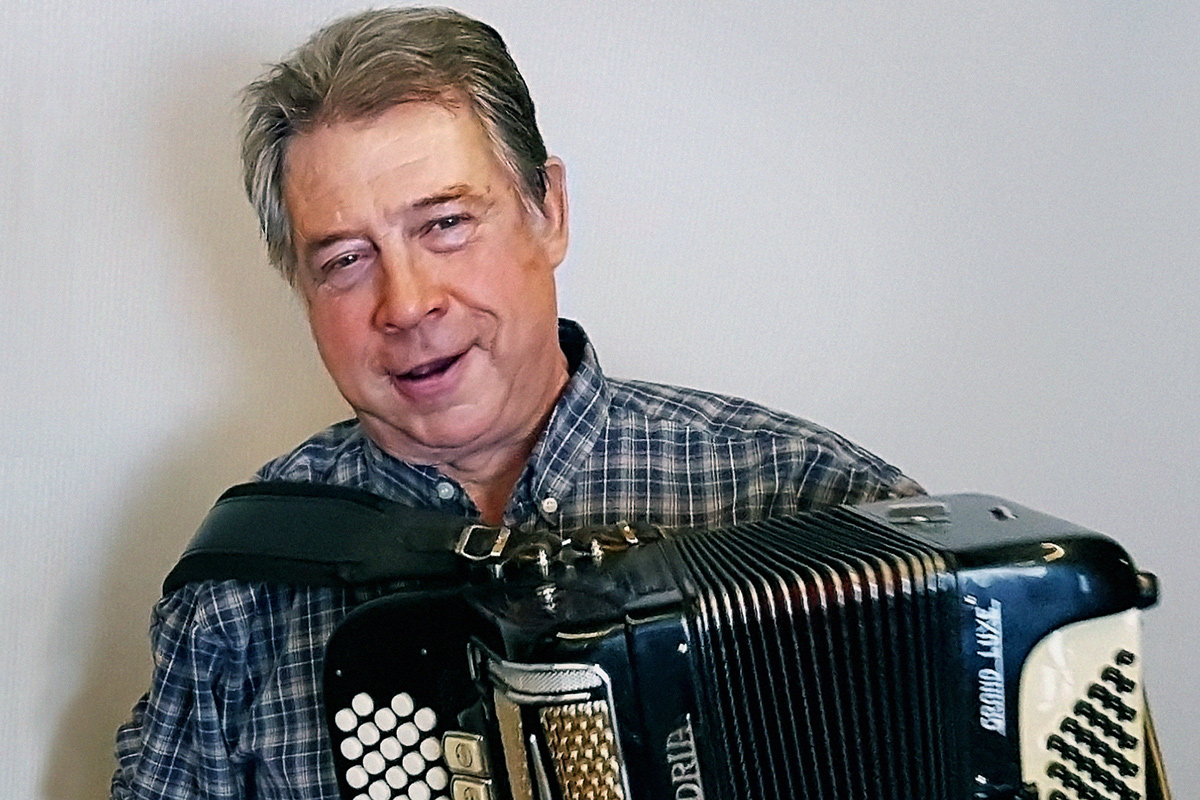 Martin Nauer has already learned how to play the accordion at the age of five. (Photo: Monika Nussbaumer)

Martin Nauer, you have written several pieces for the Carlo Brunner ensemble. How exactly did these pieces come about? Were you given any specifications or were you given a free hand for your compositions?
Martin Nauer: In total, I have composed about 50 melodies. They are all registered on one of the many CDs which we produced with the Carlo Brunner ensemble. When it comes to my compositions, I have never received any specifications or tips nor did I have to adhere to any recommendations. I composed all of my pieces based on gut instinct.

You have been a SUISA member since 1976 and many of your compositions have been edited by various publishers. Could you enjoy a financially carefree life based on the royalties that you receive based on your SUISA membership?
SUISA member since 1976? How time flies! No, the royalties that I am due as a composer and that are paid out to me via SUISA do obviously not allow me to live a carefree life. After all, there aren’t quite that many compositions of mine and they are not played often enough to provide a lot of money based on the remuneration. The royalties are, however, still a welcome ‘top up’ with which I can enjoy the odd thing.

You took a step back from the Carlo Brunner ensemble at the end of 2017. Do you have more time now to compose your own pieces?
I do not exclusively use the time I have gained via my withdrawal from the Carlo Brunner ensemble for composing music. Yet, I still have strong ties with folk music and if I come up with a new melody or at least a sequence for a new dance, I’ll record the sounds onto a tape recorder with the open expectation that one day something might come of it. Since I cannot write or read music, I need help so that the new melody is then put down on paper.

What does the Prix Walo nomination mean to you?
The Prix Walo nomination is a huge joy for me and, at the same time, a great surprise. As a member in the formation and as partner of Carlo Brunner – for more than 43 years – I had the privilege to participate in Carlo’s success whenever he won a Prix Walo. And to this date, that has been the case four times. These awards have always meant a lot in terms of recognition for us ensemble members. The fact that I am personally nominated for the award this time, is really something I didn’t expect. As I said, I am very happy and I am proud that I was bestowed with this great honour by the mere nomination.