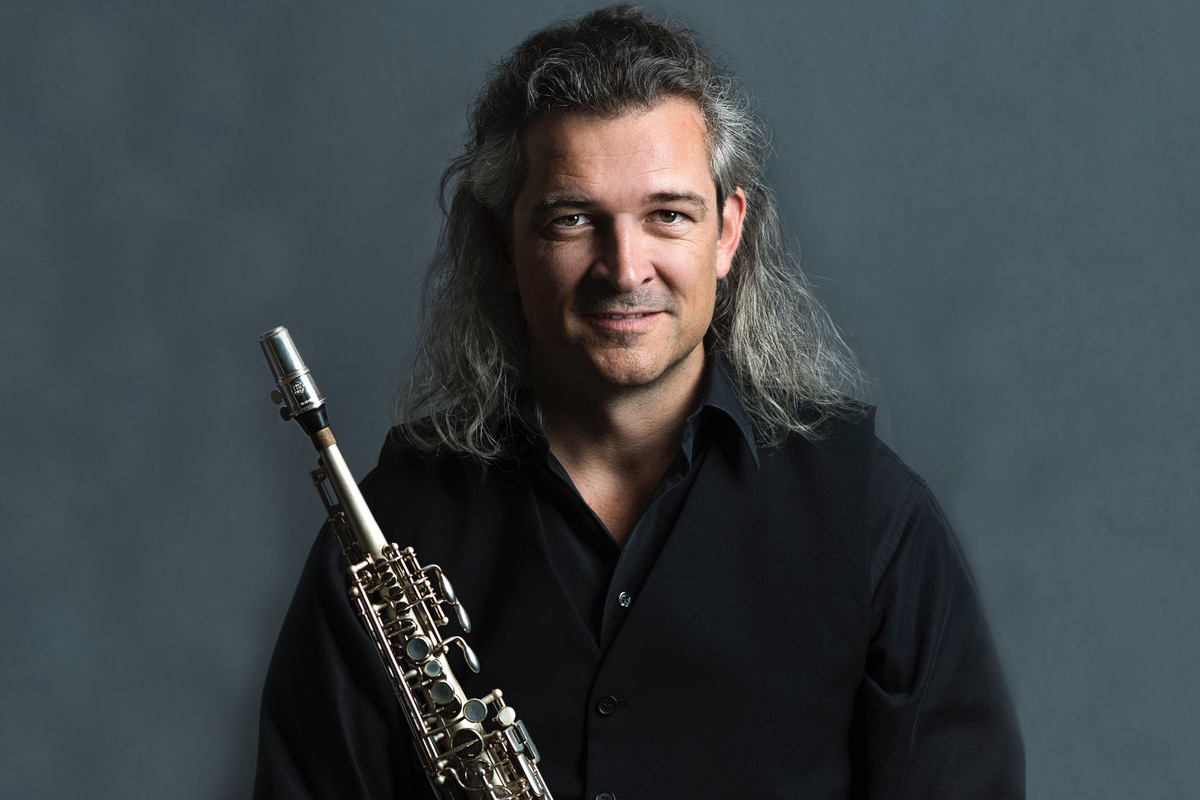 Clarinettist Dani Häusler is one of the youngest recipients of the “Goldener Violinschlüssel“ (Golden Violin Clef). (Photo: Pit Bühler)

At the age of 11, Dani Häusler began playing the clarinet and the saxophone, and, shortly after, performed with his first band, the Gupfbuebä. He studied classical music and influenced modern folk music as part of the formations Pareglish and Hujässler. In 1987, Dani Häusler joined SUISA. He teaches the clarinet, is Director of folk music at the SRF (Swiss national broadcaster), lecturer at the University of Lucerne and he is a recipient of the Golden Violin Clef which he was awarded last year.

Dani Häusler, you have studied classical music and also arranged some classical pieces for folk music such as “Ländlerische Tänze” (“Country Dances”) by Mozart. How do the two music genres mix?
Dani Häusler: A lot of what we have in our folk music comes from classical music. Mozart dances can be taken over pretty much on a one-to-one basis. The difference does, however, become apparent during the interpretation – classical musicians perform in a rather cultivated manner whereas folk musicians do so more crudely. It’s in that difference where I find a great stimulus.

You dedicate yourself to both new and traditional folk music. How do the two styles differ and what do you prefer: To create new compositions or to interpret traditional works?
The “new” folk music is generally more challenging. Much of it is geared towards a concert situation. Traditional folk music rather celebrates cosy gatherings such as going out for dinner, drinks or dancing. You can compose in a traditional or a modern manner – however, the “new stuff” entails a bigger effort. Unfortunately I have not been able to do this due to a lack of time over the last few years.

You are the Director for folk music at the Musikwelle. What is the prognosis for folk music in Switzerland at the moment?
It’s good. But it always depends on where you look. The Schwyzerörgeli (Swiss diatonic button accordion) formations are booming like mad, brass bands have decreased massively. In general, it’s the audience that is mainly missing. Even though major events are on the rise, it gets increasingly harder to organise folk music evenings in restaurants.

What does the Prix Walo nomination mean to you?
I am very happy about it – but it won’t change my life.