Skip to content
Text by Giorgio Tebaldi; Video by Manu Leuenberger
With "Répondez-Moi", Switzerland is sending a French-language entry to the Eurovision Song Contest for the first time since 2010. The song was written by Gjon Muharremaj (Gjon's Tears) and SUISA members Alizé Oswald and Xavier Michel of the Duo Aliose together with Belgian producer Jeroen Swinnen at the SUISA Songwriting Camp.

On 4 March 2020, Swiss Television SRF announced the Swiss contribution to this year’s Eurovision Song Contest (ESC). This time, Switzerland is entering the race with “Répondez-moi” sung by the French-speaking Swiss singer-songwriter Gjon’s Tears. Following “Stones” by ZiBBZ (2018) and “She Got Me” by Luca Hänni (2019), this is the third time in a row that the Swiss ESC song comes from the songwriting camp organized by Pele Loriano Productions and SUISA.

Répondez-Moi” was composed in June 2019 in the Powerplay Studios in Maur / Zurich in a one-day songwriting session by the song’s interpreter, Gjon Muherramaj (Gjon’s Tears), together with SUISA members Alizé Oswald and Xavier Michel of the Geneva-based duo Aliose and Belgian songwriter and producer Jeroen Swinnen. The song won the internal selection procedure of the Swiss television SRF.

“Too many ideas and not enough time”

“I remember the good vibes,” reports Xavier Michel. At the same time the four composers were under time pressure, as Xavier Michel says. “In one day, you have to get to know one another, and have to start working together. Then by the evening, you have to have something finished.” Jeroen Swinnen adds: ” We never had enough time, never! We had too many ideas and not enough time. It’s better than having no ideas.”

“The melody evolved quickly,” says Alizée Oswald in the video interview. “Then we asked ourselves what words would sound good. Because that’s always how it is with French. It’s very challenging to make it sound like English, for example.”

The search for the right words was very important to the four songwriters in order to convey the universal message of the piece. “The challenge was to get quite a simple feel to the lyrics – almost naive, like the language of a child,” explains Alizée Oswald. From the song you can hear that it is a universal theme to get answers to questions. This simplicity was especially important to Gjon Muherramaj: ” The first time we talked, I said that, for me, the most important value of all is innocence,” he says. ” It’s that experience of rediscovering what it’s like to learn something. When you discover the beauty in something, for example, you see a child who suddenly realises that the Earth is round or that there are several continents.” He adds: ” I think that the song’s message for the listener is: even if you have a lot of questions with no answers, you can keep on asking questions all your life.”

For the first time since 2010, a song in French is going to the ESC for Switzerland

With “Répondez-Moi”, Switzerland is sending a French-language song to the ESC for the first time since 2010 after Michael von der Heides’ song “Il pleu de l’or”. ” I think that for us having a French song at Eurovision, that’s a key point ,” says Xavier Michel in the video interview. “Supporting a beautiful language, our language.“

“A song that grabs me, it’s really about the alchemy between the lyrics, the music and the voice,” says Alizée Oswald. ” With this song, there is a moment, when Gjon sings the chorus, for example, and the first words come together, the first arrangements. And that’s when I realised that this song could be really great.”

Gjon’s Tears became known to a wide audience in Switzerland and France through his participation in the eighth season of “The Voice France”, where he advanced to the semi-finals. In 2018, the singer-songwriter was also a participant in the Gustav Academy, which is run by the Fribourg musician and SUISA member Gustav and promotes young Swiss musicians both musically and linguistically.

The Eurovision Song Contest is probably the most famous music competition in the world. More than 182 million viewers around the world watched the two semi-finals and the Grand Final on television in 2019. Switzerland reached 4th place in the final with Luca Hänni’s song “She Got Me”. This year, the ESC will take place from Tuesday 12 May to Saturday 16 May in Rotterdam, the Netherlands. In the second semi-final on 14 May, the Swiss entry will compete for entry into the ESC Grand Final.

SUISA and Pele Loriano Productions will again hold a Songwriting Camp this year. SUISA members will be able to reapply for participation in the camp. Information on the application procedure will soon be published on the SUISAblog. 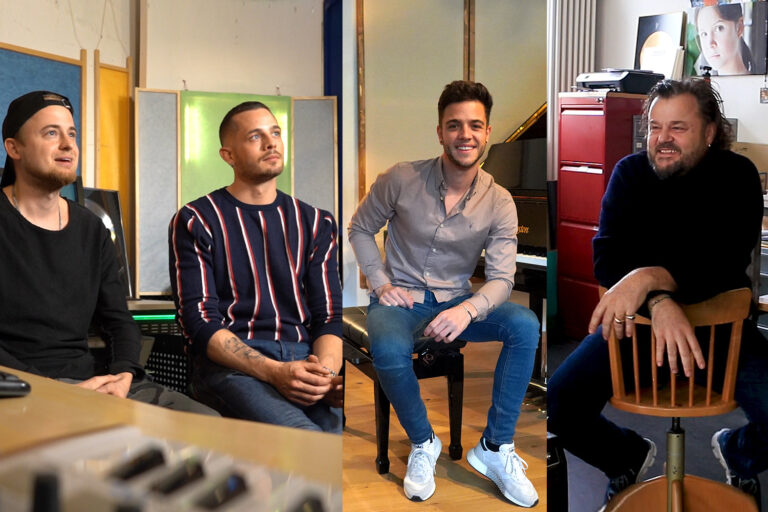 This year, the Swiss Music Awards will honour the Swiss “Best Hit” of the previous year once again. But the …
AwardCo-authorSwiss musicSongwriterSponsoringSUISA Music StoriesSwiss popLyricist 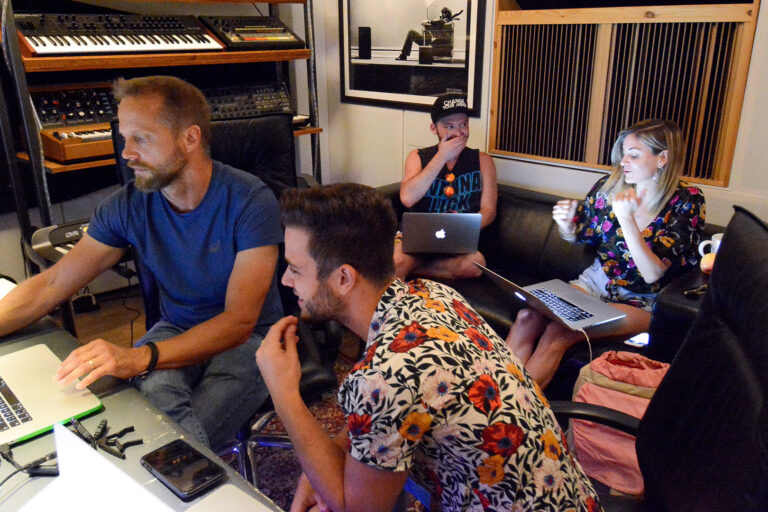