This year, the Swiss Music Awards will honour the Swiss “Best Hit” of the previous year once again. But the award does not only go to the performers of the best hit: Thanks to SUISA, the songwriters of the winning song will also be honoured for the fifth time. Performing artists and songwriters talked about the development of the songs in interviews. Text by Giorgio Tebaldi 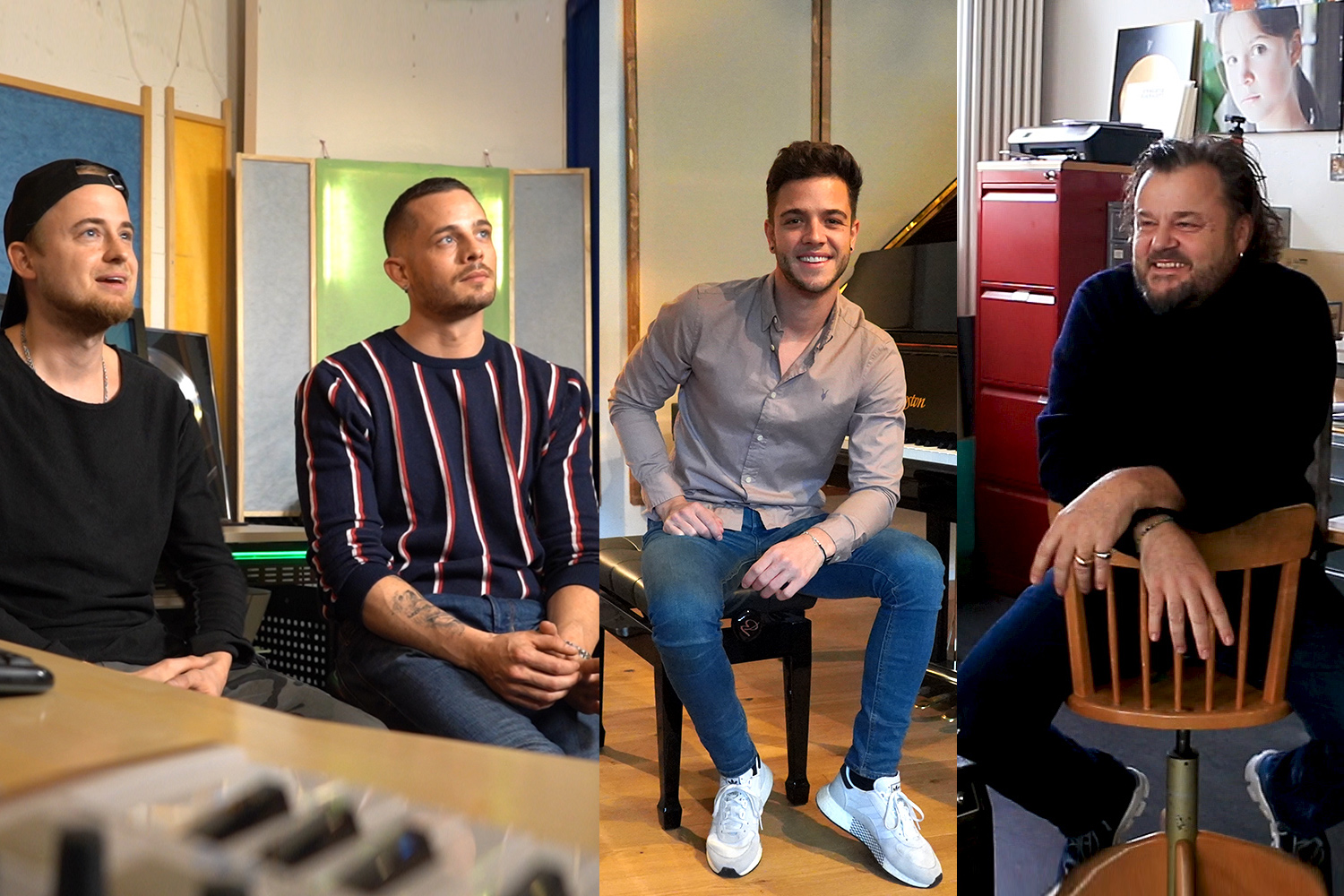 The nominees in the category “Best Hit” at the Swiss Music Awards: “Punto” by Loco Escrito, “She Got Me” by Luca Hänni and “Für immer uf Di” by Patent Ochsner. On behalf of SUISA, the composers are also honoured. (Photos: Nina Müller)

“She Got Me” by Luca Hänni, “Punto” by Loco Escrito and “Für immer uf Di” by Patent Ochsner were the most successful songs in the Swiss charts last year and are thus nominated for the Swiss Music Awards 2020 in the category “Best Hit”. However, there are no hits without songwriters: On behalf of SUISA, the composers of the “Best Hit” will also be honoured at the award show on 28 February 2020 in Lucerne’s KKL.

This award is intended to show and acknowledge the work of the songwriters behind the big hits, too. For Luca Hänni this is an important matter, as he points out in the video interview: “I think it is mega important that the songwriters are on board, too. That’s the be-all and end-all. With these people you have the feeling in the studio, you write stuff and bring the emotions into the computer.”

Besides Luca Hänni, five other songwriters have been nominated for the “Best Hit” award for “She Got Me”: The song was composed in just one day at the SUISA Songwriting Camp 2018 by Luca Hänni, Laurell Barker (CAN), Jon Hällgren (SWE) and Frazer Mac (CAN). Until its finished version, which achieved an excellent fourth place for Switzerland at last year’s Eurovision Song Contest, the song was further refined together with Lukas Hällgren (SWE) and Jenson Vaughn (CAN).

Büne Huber, singer of Patent Ochsner, is also pleased that songwriting is honoured at the “Best Hit” award: “In many cases in music history, the people who provide important inputs to songs are not mentioned at all”, says Huber in the video interview. The only one of the three nominated songs “Für immer uf Di” was written by a single person: Büne Huber himself. The first song sketch was already drafted in 1994; only after the death of his mother, 24 years later, did he finish the song in a very short time.

Not only Loco Escrito can hope for a concrete block for “Punto”; the co-songwriter and producer Henrik Amschler is also in with hopes. The two have been writing the songs of Loco Escrito together for years and were already honoured with the “Best Hit” award in 2019 for the song “Adiòs”. Henrik Amschler is delighted that they could win the award again this year: “It is a huge acknowledgement that we have been nominated for the second time”, he says in an interview with SUISA. The song, which is about the end of a relationship, was created in a spontaneous session between Amschler and Loco Escrito – which is typical for the well-rehearsed team.

The winning song is chosen by the audience via telephone voting during the show.

During the interviews, Loco Escrito, Henrik Amschler, Büne Huber and Luca Hänni told us how their hits came about and what stories lie behind the songs. Videos of the interviews can be viewed on the SUISA Music Stories channel on Youtube: