At the end of September 2018, Ernst Meier, Head of the Music Department, retired after 33 years’ work for authors and publishers. His successor is Andres Pfister. Text by Irène Philipp Ziebold 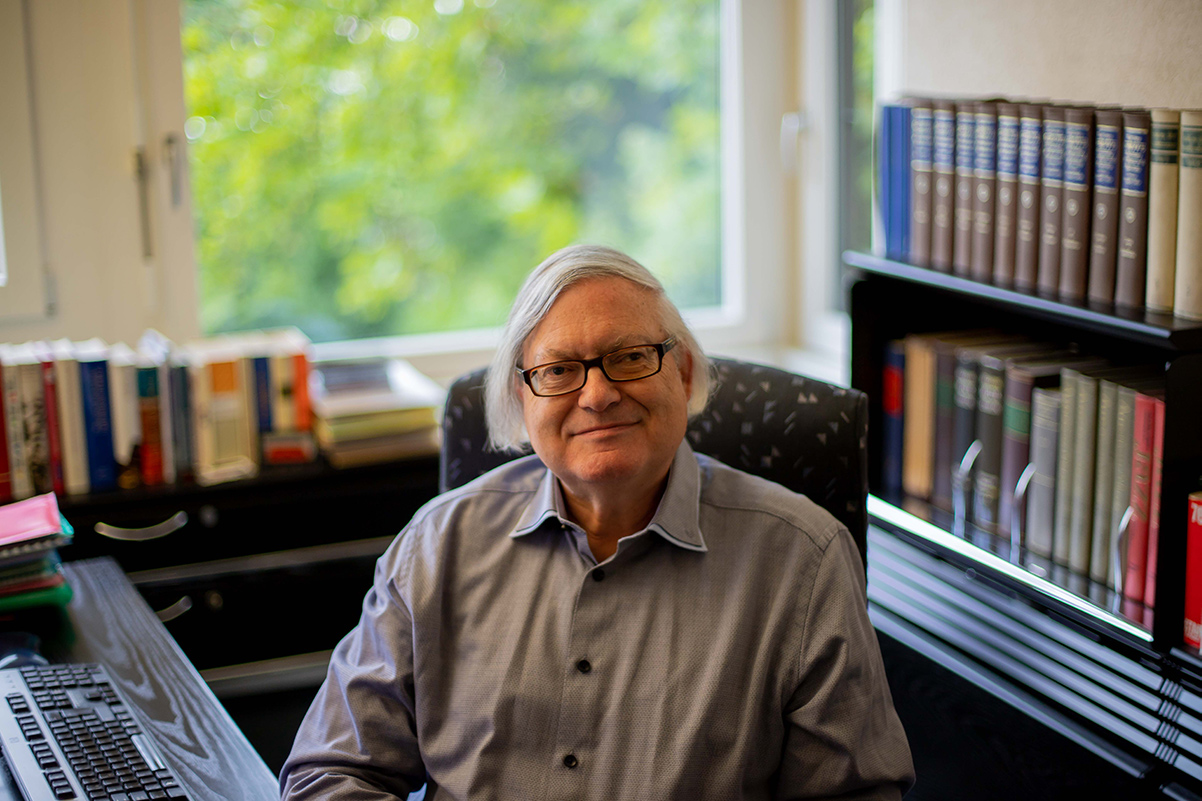 Ernst Meier, in his office in the SUISA branch at the Bellariastrasse in Zurich in September 2018. The long-term head of the Music Department is now enjoying his retirement. (Photo: Sibylle Roth)

Ernst Meier applied back in 1985 as a musicologist for an assistant’s position in the then Swiss music archives of SUISA, today’s “Music Department”. His passion for music was ignited early on: At the young age of 14, he began to play the organ. By studying musicology at the University of Zurich, he turned his passion consequently into his profession.

As head of the Music Department, Ernst Meier answered many specialist questions which required specific musicological knowledge. He thus examined cases where the suspicion of plagiarism arose, or checked registrations of arrangements of works that were no longer protected to establish whether the work qualified as a derived copyrighted work.

Mid 2011, the “Programmdienst” (Programme Services) team was integrated into the Music Department. Ernst Meier and his six staff members made sure that protected works were correctly identified on performance programme lists. In their work, they were supported by Ernst Meier especially regarding concert programmes of contemporary and classical music. These details form the basis for exact invoicing to the event organisers and the correct distribution of copyright remuneration based on programmes.

SUISA has had a seat on the Board of the RISM Schweiz («Répertoire International des Sources Musicales») since RISM was founded as an association. Ernst Meier represented SUISA there in his role as a musicologist and therefore was able to maintain valuable contacts regarding his field of study. He also got involved in the Schweizerische Vereinigung der Musiksammlungen (IAML, Swiss Association of Music Collections).

After 33 years in the service of authors and publishers, Ernst Meier retired at the end of September 2018. With his love for music and his enormous knowledge and instinct, especially regarding all musical matters, he has left a mark on the Music Department at SUISA over a long period. Management thanks Ernst Meier for his valuable work for SUISA and wishes him all the best for his future.