One day ahead of the General Assembly 2017, SUISA’s Committees for Tariffs and Distribution, for Organisation and Communication as well as the entire SUISA Board held their respective meetings. Agenda items for discussion included the auditors’ report, a new set of staff regulations for SUISA employees and a resolution for a strong public service, among others. Report from the Board by Dora Zeller 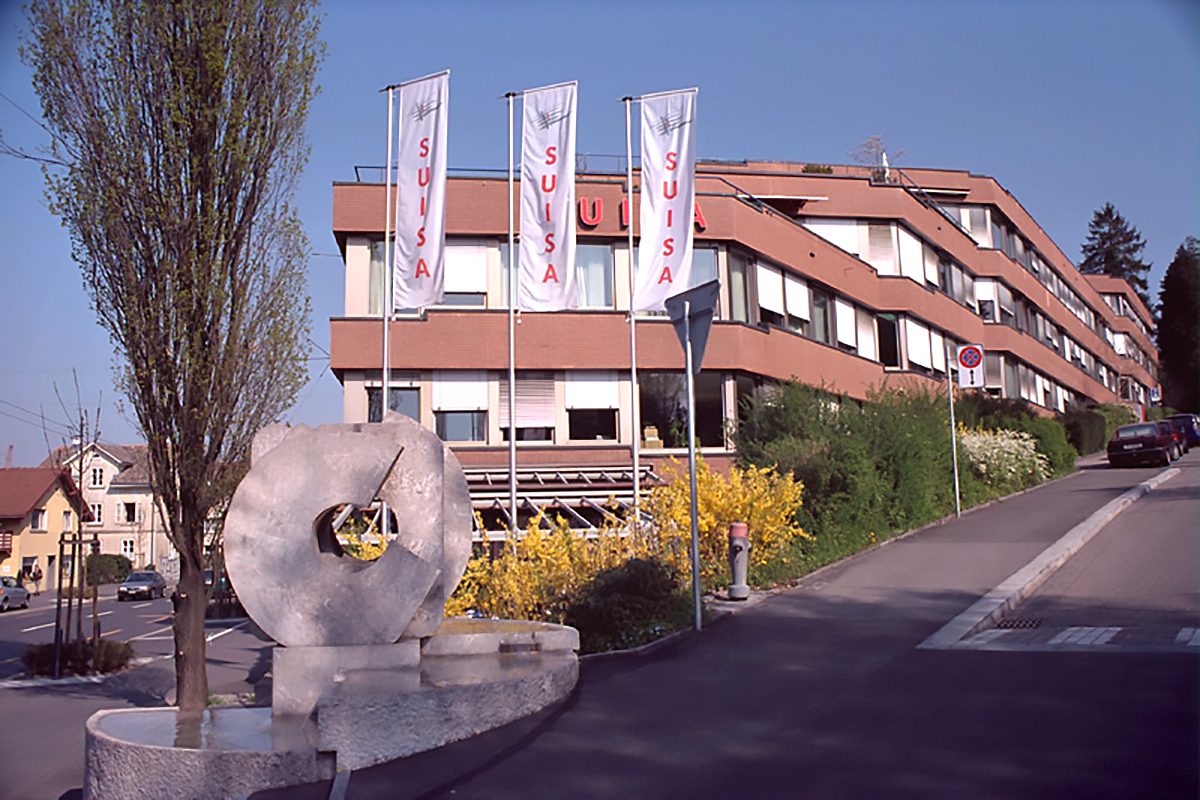 The SUISA Board approved a revised set of staff regulations following its meeting in June 2017 which provides for the developments in human resources management and helps SUISA to remain an attractive employer. The majority of staff are based in the office location in Zurich-Wollishofen’s Bellariastrasse (pictured). (Photo: SUISA)

The SUISA Board with its 15 members makes up the governing body in charge of steering and overseeing the Cooperative Society. Its members represent Switzerland’s various musical repertoires, professions and language regions. All Board members are also active in one of the three Board Committees.

On 22 June 2017, one day ahead of SUISA’s General Assembly, the members of the Committee for Tariffs and Distribution, and after that, the Committee for Organisation and Communication gathered for their meetings. The main Board held its own session in the afternoon of that day, its members listened to updates, held discussions and cast decisions.

At the end of the business year, BDO, SUISA’s auditors, created two reports: The explanatory report for the Swiss Federal Institute of Intellectual Property, the supervisory authority of the Swiss collective management organisations; and the comprehensive report for the Board. The latter is instrumental for detecting potential for improvement and to deduce the relevant measures that need to be taken.

The staff regulations for SUISA employees has been updated in 2013 for the last time. Since then, quite a bit has changed. Changes in labour legislation required that executive staff should log their times, provisions for continued pay in cases of illness had to be adapted, the regulations for copyright concerning work output were extended, and the auditors of SUISA had demanded that an anti-corruption article should be implemented into the staff regulations.

Parallel to these changes, the strict attendance times of old were replaced by so-called service times. Flexible working times help employees to get a better work-life balance. SUISA can balance workload peaks better with this new model. Members and customers will hardly notice any changes. The service times correspond with the previous opening times. During these opening times, staff members can be contacted and all service ranges offered are ensured.

The Board has ratified the new staff regulations. SUISA thus holds a set of rules which caters for the developments in human resources management and helps it to remain an attractive employer.

As already reported, public and political pressure on the public service has been growing. Restrictions or possibly the axing of the latter would have grave consequences for Swiss music creators – not just in terms of financial income. They would lose an important platform for their music and reports about related issues.

The Board has adopted a resolution to be presented at the General Assembly. SUISA members thus request Swiss Parliament members to consider the role of the reception fee-financed broadcasters when they discuss the “No Billag” initiative and when they contemplate the restrictions regarding SRG SSR in order not to weaken the position of the broadcaster. The text of the resolution can be read on the SUISA webpage and can also be electronically signed there.