Yannick Nanette joined SUISA in 2015. The singer, guitarist and harmonica player from Mauritius lives in Lausanne and constitutes the Blues band The Two together with Thierry Jaccard. They already had performances at the Montreux Jazz Festival and Zermatt Unplugged. In the US, the duo made it to the semi-finals of the International Blues Challenge in Memphis. Text by Michael Welti 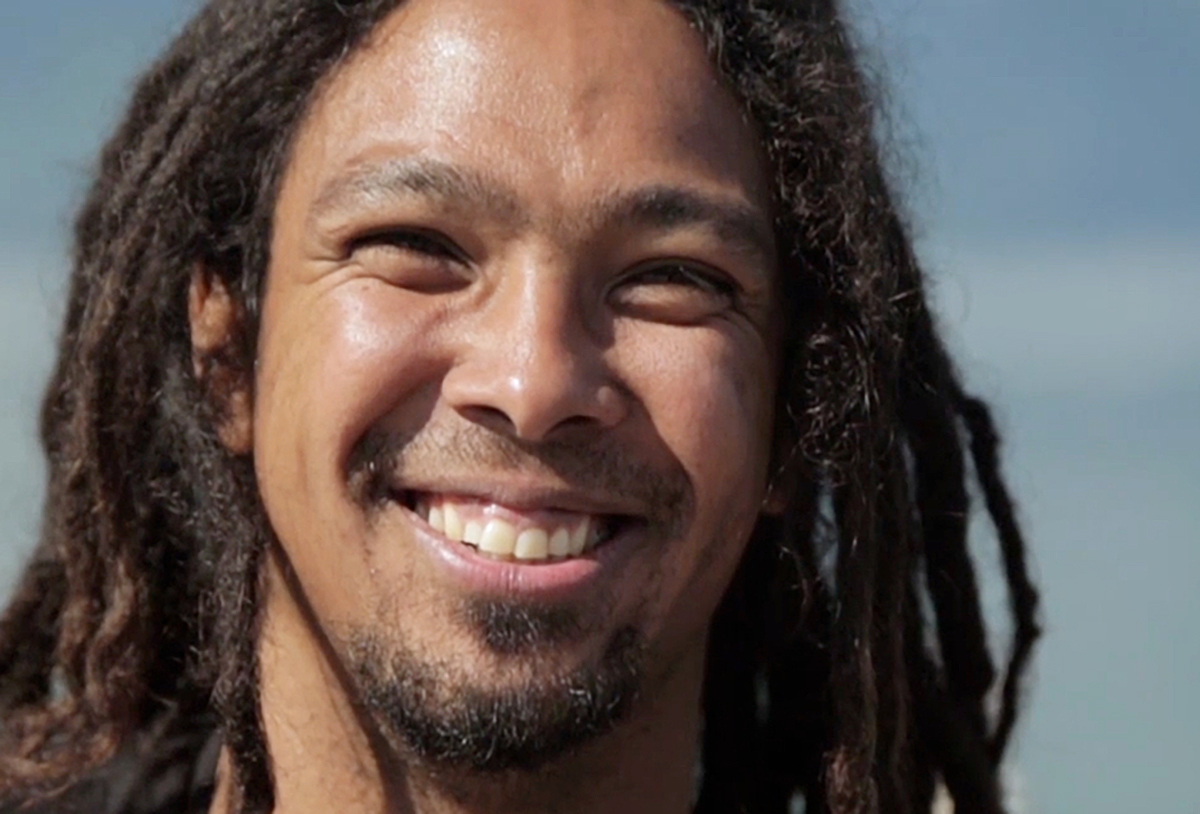 “My dad played the guitar and sang – and as they say ‘like father, like son’”, writes Yannick Nanette. He is half of The Two; a band which has dedicated itself to the Blues. “In the Blues in its entire depth and released truth, your soul is reflected”, he continues. He finds himself in the music and where it takes him.

Yannick Nanette grew up on the island state of Mauritius. “My uncle often listened to Louis Armstrong, Fats Domino and Big Bill Broonzy. I did not understand a lot of what was said, I was still small. But I loved the rhythm, the movement, the expressiveness”, the artist remembers. “Apart from these links to the USA, I found a similar timbre within traditional Mauritian music, the Sega, with the voice of ‘Ti-Frère’ or – newer – with Eric Triton: the same wild strength, a happy seriousness and the desire to be independent. That is absolutely understandable, after all, the Sega dates back to the times of slavery.”

“Blues is still very much present today”, Yannick Nanette writes. “You just have to switch on the TV and watch images of people which eat each other in the name of comfort and individualism. Slavery of the 1800s is over. The ‘strange fruits’ which Billie Holiday sang about do no longer hang on the trees, but above us hovers man’s monstrosity in its entire spectrum. Modern slavery is colour blind. It’s not about black or white; cotton today is money, and mankind bends over backwards to serve it.”

At the age of 13, Yannick Nanette began to play the guitar and to sing. Four years later, he discovered the harmonica on a bus ride heading for Port-Louis. A regular passenger behind him was a harmonica player called Ignace. “During the one-hour trip the sounds on the back seat were whirling and swinging. That was incredible!” Yannick was fascinated and asked the musician whether he would teach him how to play the harmonica. The man said yes.

Today, the 33-year old lives in Lausanne. The band The Two which he founded together with his friend Thierry Jaccard, published its first album in 2014, called “Sweet Dirty Blues”. In the meantime, the two have played at over 130 concerts, among those festivals in Croatia, Denmark, Italy and France.

At the moment, Yannick Nanette only finances a part of his cost of living with the music. “I am a student at the moment and work on the side as a teacher. The two ‘supporting legs’ generate just about enough money so that I can support myself and pay my insurances etc. From a philosophical standpoint, I earn my life and live thanks to music”, Nanette adds.

The SUISA membership gives Yannick Nanette a big advantage: “I can delegate the rights management, knowing that a competent and experienced organisation such as SUISA is looking after that. That makes things easier and relieves some time pressure. The time thus saved can be re-invested into creating my music. I am content and hope that SUISA will continue to do such good work. I also expect transparency from SUISA, after all, mutual trust is important for continuity.”