The Duo Aliose receives this year’s FONDATION SUISA Award for its outstanding performances in the musical genre ‘variété’. Since the release of its debut album in 2009, Aliose have performed at more than 250 concerts, of which a third took place outside of Switzerland. Alizé Oswald and Xavier Michel met more than 10 years ago at a workshop for authors, composers and artists. The award winners provided us with a written statement on their music, composing, winning the award and their next album. Text/interview by Marcel Kaufmann, FONDATION SUISA, and Manu Leuenberger 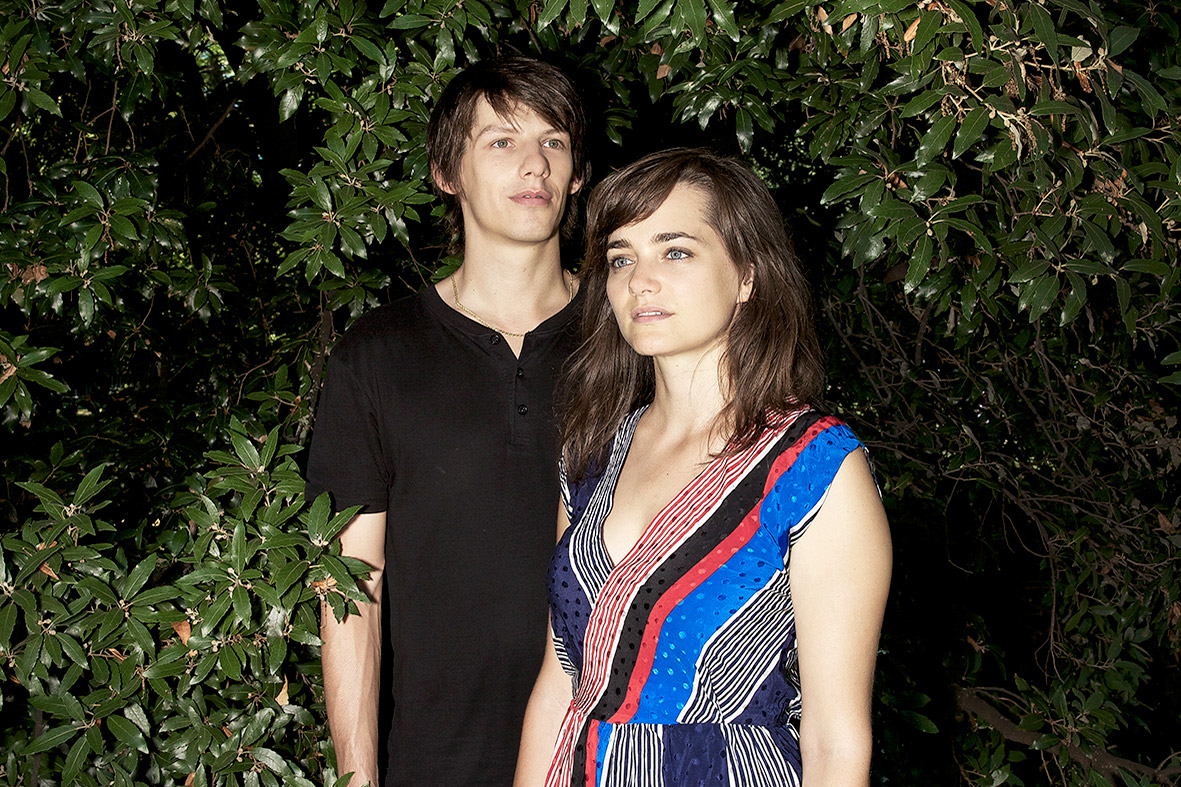 “For three years now, music is our most important income source, especially thanks to Aliose. Copyright royalties make up significant share of that.” Alizé Oswald and Xavier Michel, winner of the FONDATION SUISA Award 2015, have been registered with SUISA since 2005, respectively 2006. (Photo: Amélie Blanc)

Alizé, Xavier, you are composers at the same time as performers of your own music. The FONDATION SUISA Award recognises your work as composers and lyricists. How significant is composing at Aliose?
Alizé & Xavier: Composing and writing the lyrics is very important to us. Even if some titles are the results of a cooperation (with Fabien Bœuf, Patrice Genet, Stéphane Gonnu), we do write the majority of the Aliose repertoire ourselves. The creative process is a major concern for us. We write the lyrics in our mother tongue, French, the language of our heart. It is multifaceted and challenging, especially when it comes to implementing it into music. It is the language in which we can express our messages and feelings openly and honestly, even if the audience might not understand French. Our experience abroad, especially in Asia and South America, was astoundingly positive and motivating: People do not necessarily understand what we sing, but they allow our music to touch them and feel the emotions which we would like to convey by means of our music. As a consequence, the melodies are important to us, whereas they do not play a major role in certain movements of today’s “chanson française” any longer. For us, music and lyrics remain in the foreground. We always look forward enthusiastically to writing and composing together, even if it isn’t easy – but it’s exciting!

You work as a duo. How does your cooperation work when it comes to composing?
Alizé & Xavier: We both love to write, we both love to compose. Compared to many other duos who clearly define their roles in a rather methodological way, we do not have rules. We’re open to all possibilities: Sometimes one of us writes the lyrics, the other one the music, and often it’s the other way round. It also happens that we only work together on the lyrics or the music. Sometimes we write everything, lyrics and music, together. That’s probably one of our strengths, because we do not let anything slip with the other person and do not accept any weaknesses. Our expectations are probably higher in a duo than working alone. Xavier’s literary skills are slightly stronger, while Alizé’s musical side is her strength. We complement each other, that’s a lovely thing. But we also often work alone or with other authors and composers.

You regularly compose music for other artists. How did that come about?
Xavier: Honestly, as far as I’m concerned, I preferred writing for other artists in the past. I regarded myself as a lyricist (and later as a composer), rather than a performing artist. But then I began to perform my own chansons on stage. The majority of what I write or compose is intended for other artists (Maria Mettral (and Thierry Romanens), Au hasard des faubourgs, Terre des hommes Valais, Mélanie René etc.), even if the projects do not always come to fruition….I also like to write a song for Aliose, which Alizé then performs on her own.
Alizé: I never imagined in the past that one day I would write for other artists. I only took hesitant first steps, only for a few people. But then I was very pleased to have the opportunity to write material for the album by Maria Mettral. I think it is great to be allowed to step into someone else’s shoes and to try to find the matching words for the artist who entrusts us with that kind of work. Apart from Aliose, I prefer working with Arthur Le Forestier (son of Maxime Le Forestier). We jointly deal with the lyrics and the music right from the start, until the chansons are finished. I find this extremely enriching and interesting.

What distinguishes the music that you play yourselves from the music you compose for other musicians?
Xavier: My possibilities as an artist are rather limited. I love to write pieces which I cannot sing because their different styles do not suit me. An example would be the music comedy “Au hasard des faubourgs” which has been running since October 2014. That wouldn’t be my cup of tea. I also like to write for “grand voices”. I may have a voice with character myself, but it has got its limits. When composing, however, there are no limits! It is important to tailor the music to the respective person. While this is difficult, it is also fascinating. The same applies for lyrics: Each word should suit the artist. We can write lyrics for others which we could never sing ourselves. That’s a great freedom to have. Nevertheless, it does require the signature Aliose by Aliose – people often recognise our style even when we write for others.
Alizé: If I write for someone else, I feel like a stylist who has to dress up a nice model. No stylist would wear the same clothes that she designed for her model. Of course I do have my own signature, especially when it comes to melodies. My “stamp” is recognisable, just like you recognise those of Coco Chanel or Jean-Paul Gaultier – on a different level, of course!

You are also composer members of SUISA. What advantages does membership have for you?
Alizé & Xavier: For three years now, music is our most important income source, especially thanks to Aliose. Copyright royalties make up significant share of that. Many of our pieces are used regularly. It would not be possible for us to collect all the remuneration ourselves from radio and TV broadcasts, concerts, reproductions in Switzerland and abroad. If you look at it professionally, there are the additional aspects surrounding social benefits, pension contributions etc. which are also important.

What does it mean to you that you were awarded with the FONDATION SUISA Prize?
Alizé & Xavier: It is a huge honour for us and we are really pleased about the Award, as it is encouragement for us at the same time. Our profession is interesting and we are aware that we are lucky to be able to live off our music. It does actually mean that we have an awful lot of work, an unsteady income, complex management and unfortunately a rather under-acknowledged status. This is sometimes rather disheartening. The Award tells us: “Keep at it, your work is being appreciated, your work isn’t a waste of time, you are making a contribution to Swiss culture.” That’s really important to us. We have been very active in the French-speaking part of Switzerland for a few years now and the Award gives us the necessary encouragement and uplift to continue, to increase our efforts and to include the German-speaking and maybe even the Italian-speaking part of Switzerland in future. We regret that there are cultural barriers between our linguistic regions and are grateful for all encounters and all kinds of cooperation, from Zedrus, via Bastian Baker and the Rambling Wheels, to Greis, and we are limiting ourselves to the Swiss here. We would be glad to build some bridges there. Consequently, the FONDATION SUISA Award 2015 means a lot to us and gives us a push for the future!

You have been working on your new album in Paris in April. Can you tell us something about that?
Alizé & Xavier: A Duo with Paul McCartney! Joking aside: We have been working on the third Aliose album for a while now, and the majority has been recorded in a studio in Paris. Unfortunately it is yet a little too early to report on any scoops, as some things are still up in the air. What we can confirm at this stage is this: In the past, we have done everything via our production company Biinôme ourselves. This might change. Maybe we find influential partners for this album so that we can release it not just here in Switzerland but also outside our borders.