On Tuesday, 25 October 2016, in the evening, his heart stopped beating: Pädu Anliker, the “Master of Ceremony” in the Café/Bar Mokka Thun was 59 years old. For over 30 years, Beat “Pädu” Anliker shaped the venue which started out as a youth centre at the Waisenhausplatz and became one of the most renowned music clubs on Allmendstrasse in Switzerland. Obituary by guest author Christoph Trummer 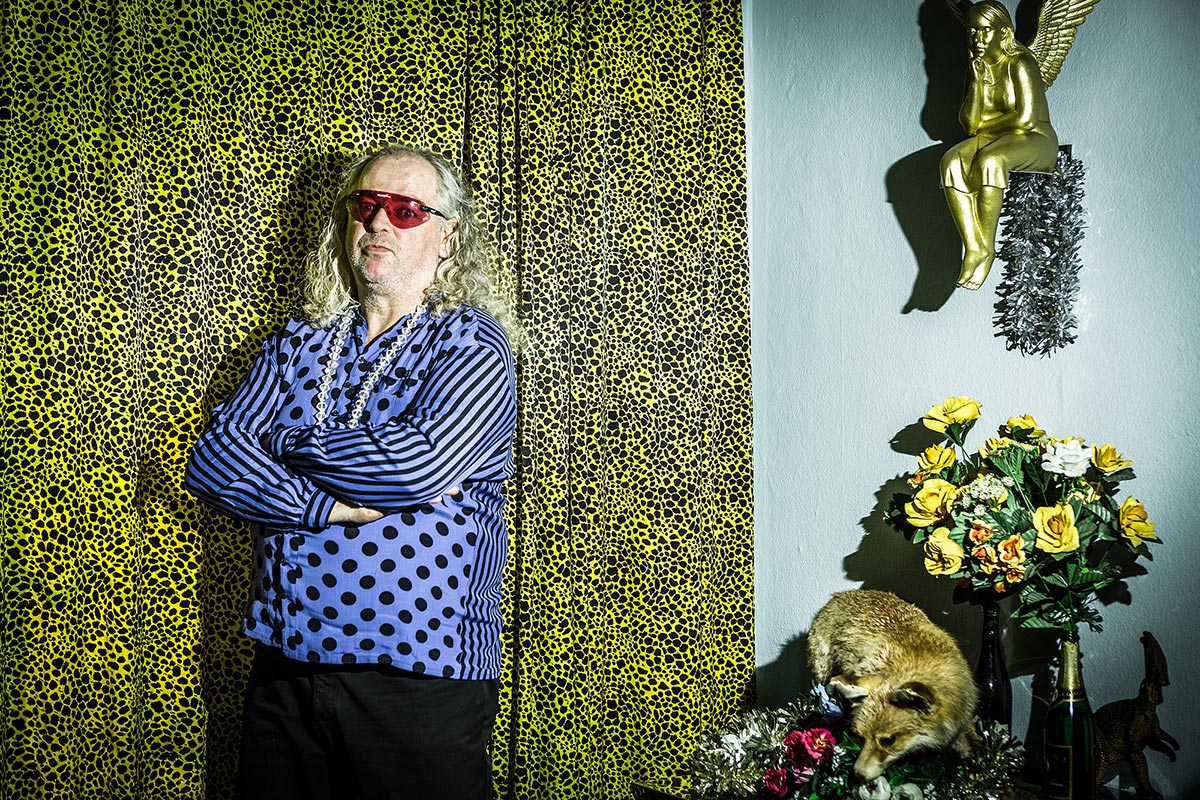 Under the leadership of the “Master of Ceremony”, an important concert venue was created in the form of the Café/Bar Mokka in Thun: Pädu Anliker shown in a photo taken on 07 April 2015. (Photo: Chris Iseli / az Aargauer Zeitung)

Since Pädu Anliker’s passing on became known, a wave of emotional obituaries and remembrances of the MC and his incomparable club swept through the internet. The music scene became one family: We have lost our extravagant and controversial favourite uncle. He never cozied up to us, sometimes he scared us, but his incessant work, his cordial hospitality and his confusing and fascinating authenticity were proof enough for how strongly and wildly his heart was beating for us and for the music. Against all the odds, his culture programme never had to make place for a more lucrative party, and with his Festival am Schluss, he placed relevant and often non-conformist music into the middle of a conservative summer in the city.

I was 15 when our band had its first gig outside a school hall during the Mokka-Regionaltonwoche (Mokka regional sound week). 12 years after my first performance there, many Mokka concerts later, I have received my first compliment from MC Anliker. This is how long I was given another chance. Me and so many other musicians from the Oberland, whom he provided with time, a stage and critical input for their development.

Yet Pädu’s Mokka was more than just a music club to us. Generations of people from the Oberland region with a lust for life found a home in this youth centre which was independent from the authorities. The MC influenced the education of our hearts: He was the living proof for self-fulfilment as self-development. “Respect” was written across the entrance. Quiet, when the band is playing! Stop smoking seeds! He argued that 80 Francs for fresh flowers provided a bigger de-escalation than 800 Francs for security.

When it came to his customers and his city, he also never cozied up to anyone. In his legendary programme forewords, he sometimes raged against “3,600 fuckthistown-Thun”, against a consumption-driven audience, without regard for the bourgeois orthography or current marketing rules, which is why we feared as long as 20 years ago that he might stop doing his thing.

But he didn’t. The MC, you could say, simply worked with an open valve. You just had to be prepared for that, even as a performing band. He once swore for a quarter of an hour about the fact that we didn’t just want to use the drums with two microphones, yet at the end of those 15 minutes, everything was miked up. After a great gig we sat backstage, holding a rather relaxed discussion about the types of potatoes in Switzerland. Later on, his eyes lit up when he pulled out a box with flyers and tapes showing us how the entire music prominence from the Oberland had, at some point in time, started their career in some giddy band with an awful name in the Mokka.

Even the city of Thun has made peace with its inconvenient original: On 1 November, MC Anliker would have been awarded the Thunpreis (Award of the city of Thun). And while we will continue to wish he was still there, his heart will keep beating, in his unique club, in our hearts and our music, for which he did so much and where his work left such deep marks. Thank you MC! Respect.

Guest author Christoph Trummer was born in 1978 and grew up in Frutigen (BE). He has been a member of SUISA since 2002. The singer-songwriter is, apart from his musical activities, also President of the Verein Musikschaffende Schweiz – the Association for creatives in Switzerland.