On the one hand, the centuries-old tradition of choral music and, on the other, the almost endless possibilities offered by electronic music. Jérémie Zwahlen and Félix Bergeron experiment in the area of tension between these two polar extremes with the aim of creating something completely new. The Get Going! grant is supporting them with this project. Text by guest author Rudolf Amstutz 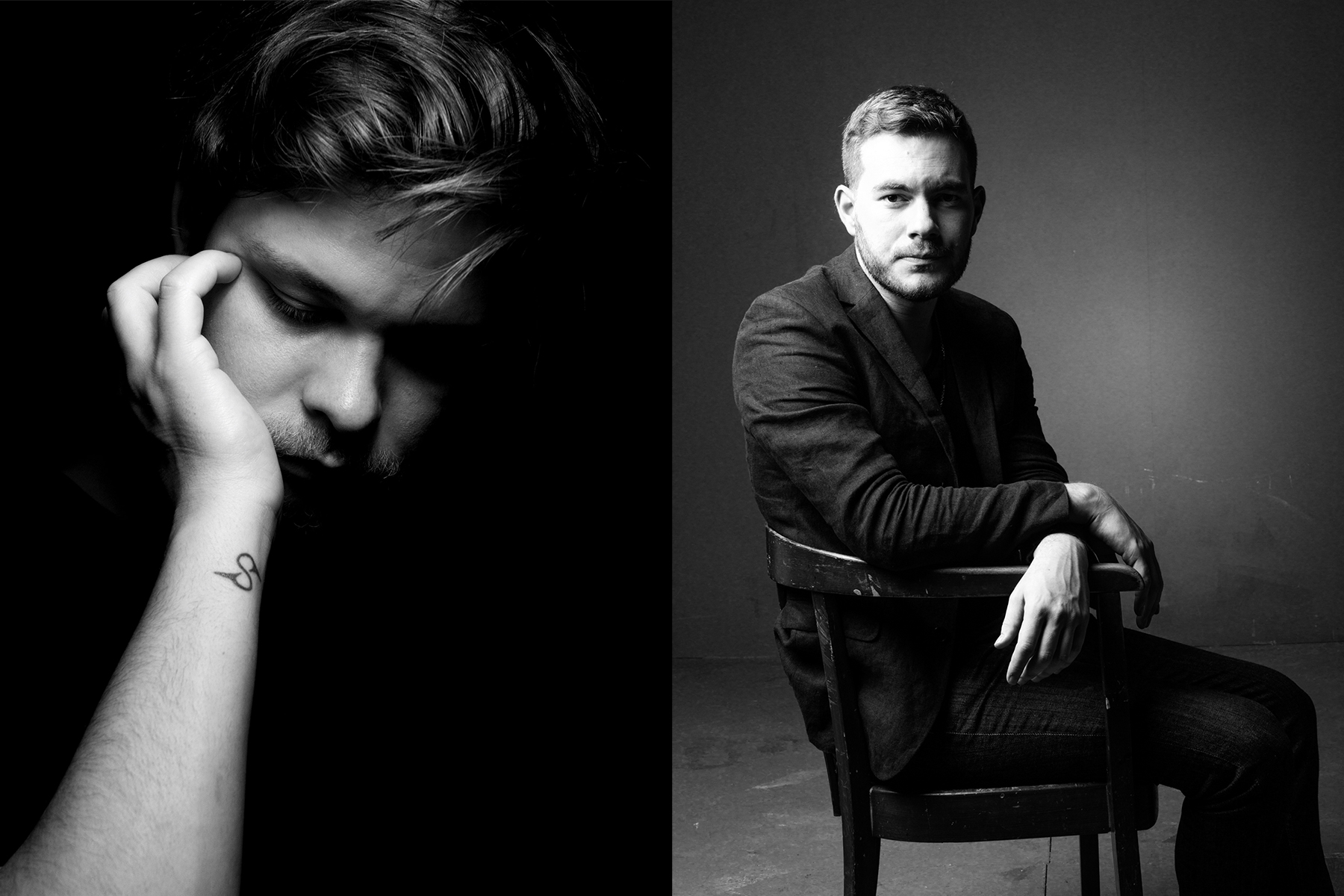 As is generally known, opposites attract. Jérémie Zwahlen and Félix Bergeron, both 33 years old, sit in a café in Lausanne, discussing their project to redefine the long tradition of choral music with the aid of electronic experimentation. Bergeron also uses the conversation about this project for a brainstorming session. Exactly as it should be for a drummer, when the rhythms become more complex, he accurately describes more and more options of how it would be possible to combine old and new, traditional and avant-garde. Zwahlen listens with stoic calm, from time to time making his own contribution with incisive sentences. He does not seem to be a stranger to this kind of dialogue. “Félix is like an extremely strong cigarette and I am the super-filter that is used to smoke it,” reckons Zwahlen and both of them laugh.

Actually, when they were young the two of them went to the same school near Lausanne, after which they went their separate ways. As early as when he was just six years old, Bergeron played the drums, but never found real fulfilment until he heard Lucas Niggli play a drum solo at the Willisau Jazz Festival. “As well as drums, he used electronic equipment. I was completely gobsmacked and knew that was what I wanted to do,” recalls Bergeron. Zwahlen, on the other hand, grew up in the brass tradition and was a trumpeter in a band, just like his father and grandfather before him. For her part, his mother sang in a choir. “At grammar school,” according to Zwahlen, “they told me I would make a good music teacher and that’s how I started my training.”

They both attended the Haute École de Musique Lausanne (HEMU), “but I studied jazz and Jérémie classical music”, comments Bergeron, adding “which were in two different buildings.” The thing both of them didn’t know: their life partners were friends and they eventually met again at a party after many years. When Zwahlen then asked Bergeron to provide electronic support for “Chœur Auguste”, the choir he led, they arrived at the idea of a collaboration which was intended to go above and beyond the familiar and what people had heard before. “Needless to say, people have amalgamated choral music with electronics before,” says Bergeron, “but in those cases, the organ or piano was simply replaced by a synthesizer. That kind of thing doesn’t interest us.”

Both of them are predestined to tread new ground, and in their individual projects they were already scratching the stylistic limits and attempting to remap the musical landscape. With his incisive and conceptually unusual arrangements of the music of Elvis Presley, Johnny Cash, Camille and Queen, Zwahlen not only redefined the laws of choral music, but also regarded the choir in its entirety as one body: “The choir is like a sculpture that breathes and which you can work on. And Félix also works with vibrations you can feel physically. In the end, you must be able to literally feel the music.”

In fact, Bergeron is heavily influenced by the sculptural. Apart from his many projects ranging between abstract improvisation, folk, punk and jazz, he also works for the theatre and dance companies. In his “Brush Paintings”, chance results in visual art, in that he dips his drumming brushes in paint and equips his cymbals with canvasses. “In spontaneous work with electronics, it is also possible to work with arbitrariness. That interests me. I see countless possibilities there for breaking down the traditional forms of choral music.”

Music as sculpture, which should also reveal to the audience the secrets behind its creation. “We want the audience to see what is happening. How composition, chance, arrangements and improvisation all influence one another. The audience should be able to experience our project with all their senses,” is the way Zwahlen describes the starting point and stresses: “It is my obsessive desire to reprocess all music genres in such a way that they offer pleasure to everyone. Irrespective of whether we are dealing with classical music, folk, jazz or experimental music.”

They both think that there are so many musical, content-related and visual possibilities, with which you can experiment in such a project, and they emphasise just how important the factors of time and money are for such an undertaking. “Thanks to the grant from Get Going!, for the first time it became possible for us to tread new ground to such a great extent,” beams Bergeron.

Jérémie Zwahlen and Félix Bergeron: two people obsessed with music, who also pass on their enthusiasm to coming generations as teachers at HEMU and the Ecole de jazz et musique actuelle (EJMA) in Lausanne and – in the case of Bergeron – also at the Ecole Jeunesse & Musique in Blonay. Together they form the only cigarette in the world that is not damaging to health. Quite the opposite.

Marcel Oetiker: “I often get inspired when I am travelling” | plus video – At the Zurich station, Hardbrücke, trains rush past, screech in the bends, and groan when starting up and when braking. But Marcel Oetiker has not chosen this as a meeting point because such sounds inspire some artists to take a creative flight of fancy. Read more