For the first time ever, the Floating Notes Festival will be held at the San Bernardino in Graubünden this year. Floating Notes is all about experimental music. In this blog, festival organisers and performers describe how the unique landscape is influencing music and the performances. SUISA is a sponsoring partner of the festival. Guest contribution by Elena Rotondi 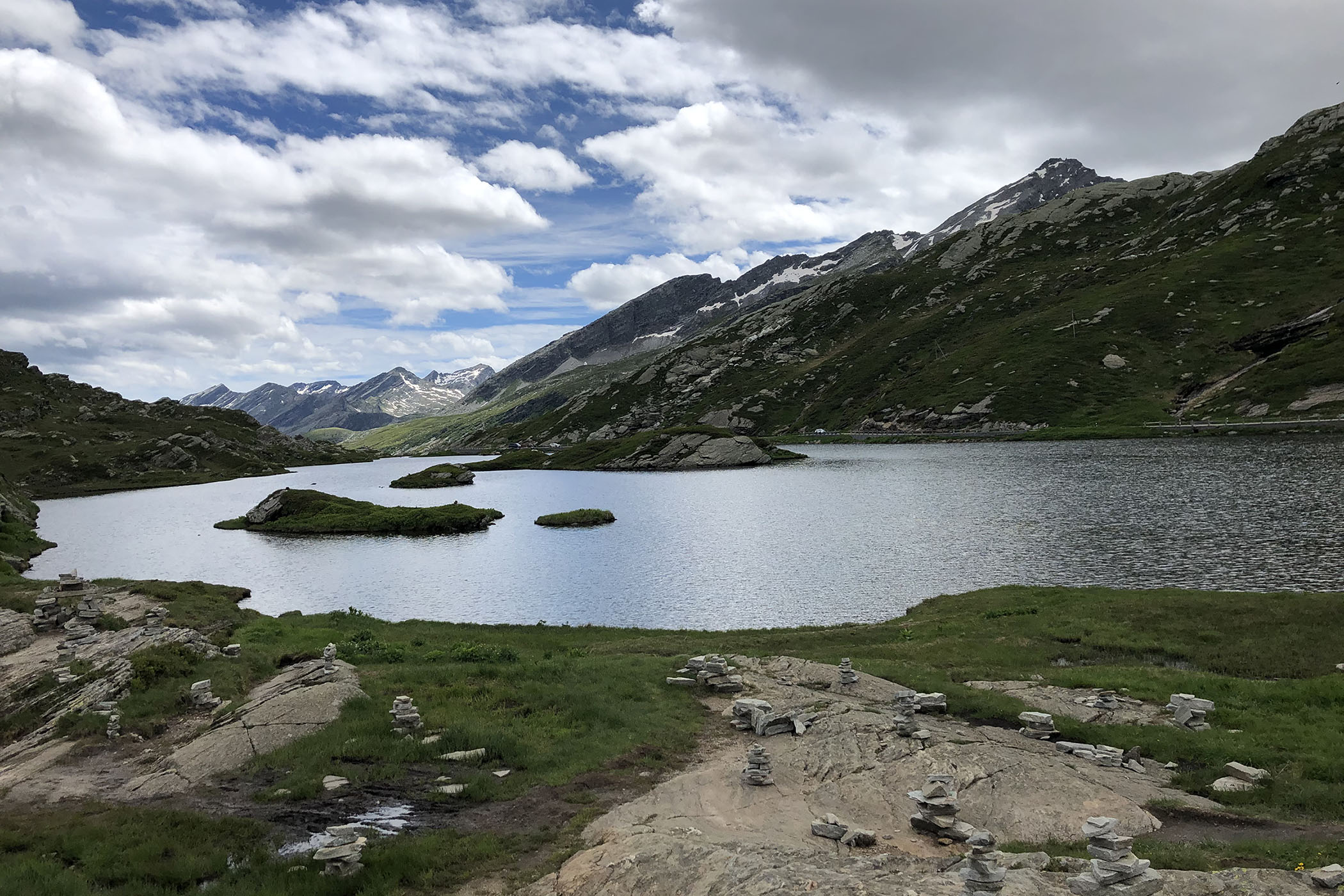 The Floating Notes Festival is going to take place from 23 to 25 July 2021 in Mesocco near the San Bernardino. (Photo: Sebastiano Piattini)

Kety Fusco, founder and programme director of the Floating Notes Festival has a rather specific idea what the heartbeat of her festival is going to be: The performers are going to engage in experimental and unpublished sound research that adapts to the place of the performance, taking into consideration their own artistic and musical backgrounds, and that will make it impossible to separate the content of the performance from the place where it has been created. As a consequence, the Floating Notes Festival is going to be completely new event because music and venue will be brought together in a unique performance. Kety Fusco will launch the opening night of the festival at the spring of the San Bernardino (GR) with her electronic harp on Friday, 23 July.

This, she tells us, shall be the manifest of the idea which stands behind the festival: the desire to unite the aesthetics and history of the San Bernardino, to revive a place which has, historically, always been a point of attraction for international travellers and which still pulls many visitors thanks to the untouched beauty you can still find in some places. All of this with a view to the future with the atmospheric, innovative and experimental music which is going to populate the environment and fill it with new meaning.

The performers appearing in the programme have been asked how the creative process was influencing their preparation for the festival and their performance on stage. Camilla Sparksss who is going to perform in the Fonte Minerale in the evening, tells us how she is experimenting with a live set specially for the Floating Notes Festival: “Sounds are created which, in my view, come rather close to the sound of the mountain and its gravitas, with its echoes and its dangers. It is going to be a performance which could be perceived as very experimental by people. But you just have to close your eyes and imagine a journey into the interior of the rocks in order to become one with the mountains.”

It is also interesting how Adriano Koch, a young musician, who is going to conclude the evening on Friday, 23 July, links his appearance to the place where he is going to perform: “It is always motivating to see how a place or a venue can change the energy and the artistic message of a song. As such, it is important to me to record a performance in order to preserve this special moment which will never happen again.”

This festival in Graubünden could not continue without the present of the pioneer of instrumental and sound research: The next day, Saturday 24 July, Simon Berz is going to perform a live concert with stones on the San Bernardino pass. The musician explains: “I have created my instrument TECTONIC from volcanic sound stones which I found in Iceland. The stones are now going to sound in another ‘stone room’, the one in San Bernardino.”

The Floating Notes Festival also excels by an event which connects music and body: a guided meditation by Keri Gonzato who will be accompanied with music by Federica Furlani, alias Effe Effe, played back from a sound recording. A soundscape, just made for meditation at more than 2,000 metres above sea level.

The soundtrack of the festival will be premièred on Saturday, 24 July. Ticino-based musician Chiara Dubey has been commissioned with the soundtrack. She describes the creative process of her composition as follows: “In the beginning, there was the idea that I would probably be inspired by the sounds of natural elements into which I would delve into upon my arrival at the San Bernardino. For example, the rustle of the fir trees or the lapping of the water. Since this concert is my first pre-taste of the mountains after a weird year of communal solitude and deafening silence, I decided that I would look inwards for this piece: I was listening to my thoughts and it seemed as if I was finding an old friend again after a long time. I am sure that I was not the only one who had this experience. And I hope that both for me and all attendees it will be liberating to let this song, ‘Stranger’ rumble in the night of the festival, also because our stage will be surrounded by a spectacular mountainous landscape, by a raw, natural, free beauty.”

The closing act of Saturday evening will be Peter Kernel, a well-known duo from Ticino that will be part of the festival in an unusual context and with an equally unusual performance. As such, Aris Bassetti and Barbara Lehnhoff are not going to perform as a typical rock band but prepare an exclusive DJ set which consists of music from the past and will lead us into the future so that it best resonates in the crevices of the surrounding mountains: “For us, it is a central issue to create a certain connection with the audience; we must understand each other in order to create an unforgettable experience. For Floating Notes, we decided to do something exclusive, something that we usually don’t do. We will not perform a normal concert but an experimental DJ set. We will play music which somehow fits well into the context of the mountains and fresh air and we will try to mix it in our own way.”