At the occasion of the Locarno Film Festival in August, Swiss composer Peter Scherer was awarded with the Film Music Prize 2015 by FONDATION SUISA. He received the prize worth CHF 25,000 for his music to the film “Dark Star – HR Gigers Welt” by director Belinda Sallin. In a conversation prior to the award ceremony, the SUISA member Peter Scherer spoke about the challenges when composing film music, among other things. 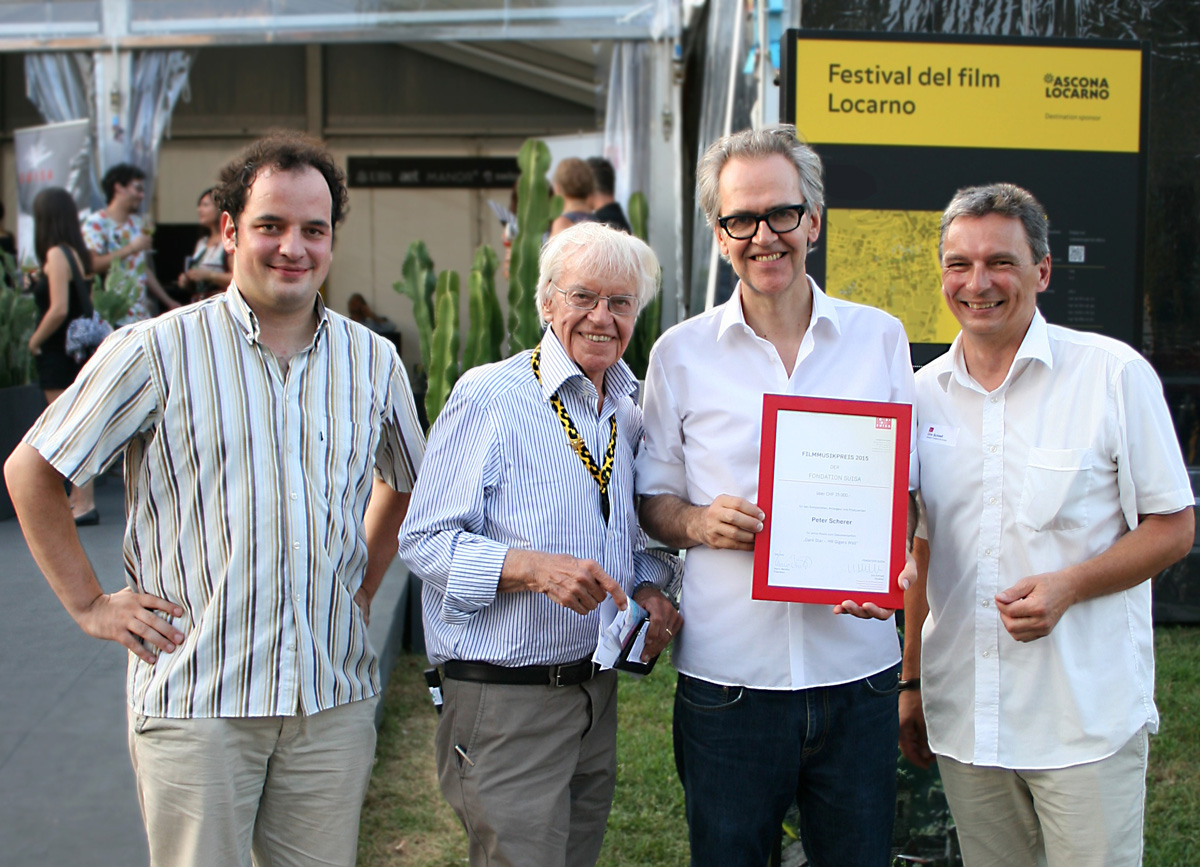 Many congratulations for winning the Film Music Prize 2015 by FONDATION SUISA. After 2007, this is the second time that you win this prize. What does the award mean to you?
It’s great, naturally, that my work is acknowledged, especially because this prize is awarded by a jury of very competent people.

You have received the Film Music Prize for the soundtrack to the documentary “Dark Star – HR Gigers Welt”. HR Giger was well-known for his dark, apocalyptic images and had a strong personality which polarised people. How did you approach the task of composing music for this documentary?
First of all, I spoke in great detail with the director, Belinda Sallin, in order to find out how the protagonist is depicted and what the film intends to show. An endless number of films could be made about HR Giger, but for me as a musician it wasn’t about the question what my attitude was to HR Giger or his images, but rather: What’s the viewpoint of this film? What is this film about, and what does it really intend to show us?
Then, I attempt to imagine based on a raw concept what type of sound could suit this film. That’s the most difficult question to know where the music comes in. It is usually a lengthy process of searching, sketching and selecting.

HR Giger often appealed to a specific audience which is interested in dark movies or hard rock music. To what extent do you bear the future audience of the film in mind when composing the music?
Of course, you always think of the audience when you make a movie. Whether in terms of the script, the cut, the actors or the concept – you always think about the recipients. You try to imagine what the impact of the film will be and what comes across and what won’t. The viewers are of course important from this point of view. But whether a specific target group gets its money’s worth does not make any difference when the film is made nor when the film music is composed.

Did you know HR Giger?
I didn’t know him personally. Just like the majority of people I knew his images or rather: his most exposed and possibly most evident images. While I was looking into his person when the film was made I learned that he did a lot of other things on top of his art. It was the intention of the director of the film to show HR Giger the person, to show that he was a fascinating human being who had a rich life. She also intended to neutralise a certain prejudice and show new aspects of Giger.

Apart from the film music, you also compose and play minimalistic electronic music. You do therefore know various facets of music creation. How do you perceive the change in the music business which has taken place in the last years especially when it comes to sound recordings? Does this change affect film music compositions at all?
There are various scenarios and realities. There are, for example, many bands who live mainly off their concerts. The film music sector is not affected so much by the decline of the sound recording market. Sound recordings are only a very small part of what I do.

What projects are you going to undertake next?
I look forward to work on a project with Markus Imhof. He is currently making a new film on the subject of migration, a very current topic which I am rather interested in. He is a magnificent director. I also write music for the documentary by Heidi Specogna about a political issue which affects the Central African Republic. I am not allowed to talk about other projects that I am currently involved in yet.

We wish you lots of success and thank you very much for the interview.