On 27 September 2019, both the National Council and the Council of States at last held a final vote approving the partial revision of the Swiss Federal Copyright Act, ending a process initiated in 2010 with a postulate by Géraldine Savary. It is now for the Federal Council to determine when the modernised Copyright Act will come into force – unless a referendum is successful. By Vincent Salvadé, Deputy CEO 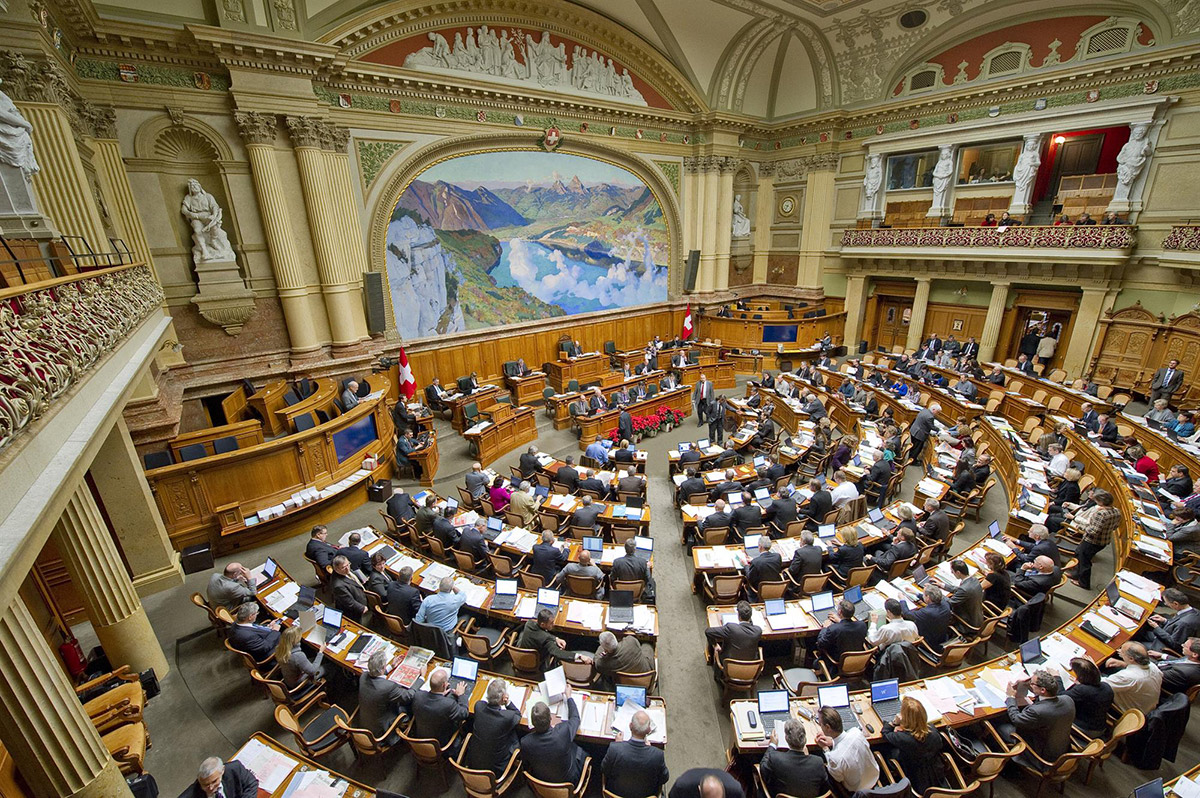 On 16 September 2019, the National Council finally agreed to remove from the bill the disputed exception for the reception of radio and TV broadcasts in hotel rooms. This cleared the way for the two Houses to approve the revision on 27 September 2019. (Photo: Parliament Services, 3003 Bern)

At long last! The revised Copyright Act has been signed, sealed and delivered. The last differences between the National Council and the Council of States were eliminated on 16 September 2019 and the bill was adopted in a final vote at the end of the autumn parliamentary session. A long process has thus come to an end, with a satisfactory outcome for music authors and publishers.

A compromise and intense debates

A short look back: in 2012, Federal Councilor Simonetta Sommaruga created the working group AGUR12 which was instructed to prepare proposals for the revision of the Federal Copyright Act. Representing all stakeholders (authors, users of works, consumers, etc.), AGUR12 made a series of proposals, embodied in a compromise solution at the end of 2013. Unfortunately, the bill submitted by the Federal Council in 2015 deviated from this compromise solution.

In the face of the heavy criticism expressed during the consultation procedure, the Federal Council reversed its position and submitted a new bill to Parliament at the end of 2017, this time based entirely on the AGUR12 compromise. After intense debate, both Houses finally decided to espouse the compromise, even if that meant deferring consideration of a number of new issues (such as the protection of press publishers and journalists).

SUISA actively involved in the revision

SUISA accompanied the legislative process throughout the entire seven years. Firstly, by participating actively in the work of AGUR12 as part of the Suisseculture delegation. And then, by informing Members of Parliament during committee hearings, and through letters, position papers and argumentation.

With what outcome? Overall, copyright protection has been increased and modernised thanks to new anti-piracy measures and improvements in rights management in particular. No doubt one could have gone further on certain points. But a compromise is a compromise …

Finish one revision, start the next

It would be wrong to lower our guard. The “Pirate Party” has now launched a referendum against the revised Copyright Act. Moreover, the last question debated in Parliament was whether hotels which offer their guests the means to watch television, play films and listen to music in their rooms should be exempted from their obligations towards authors. The National Council eventually shelved this idea, but the debate shows that creators’ vested rights are regularly subject to attack. We must ensure we avoid … a re-revision of the revision of the law to the detriment of authors and publishers! Everything is an eternal recurrence …