Do you have any questions about remuneration for online uses of music in films, series or commercials? Visit the SUISA workshop at the “Soundtrack Zurich”, part of the Zurich Film Festival. Text by Erika Weibel 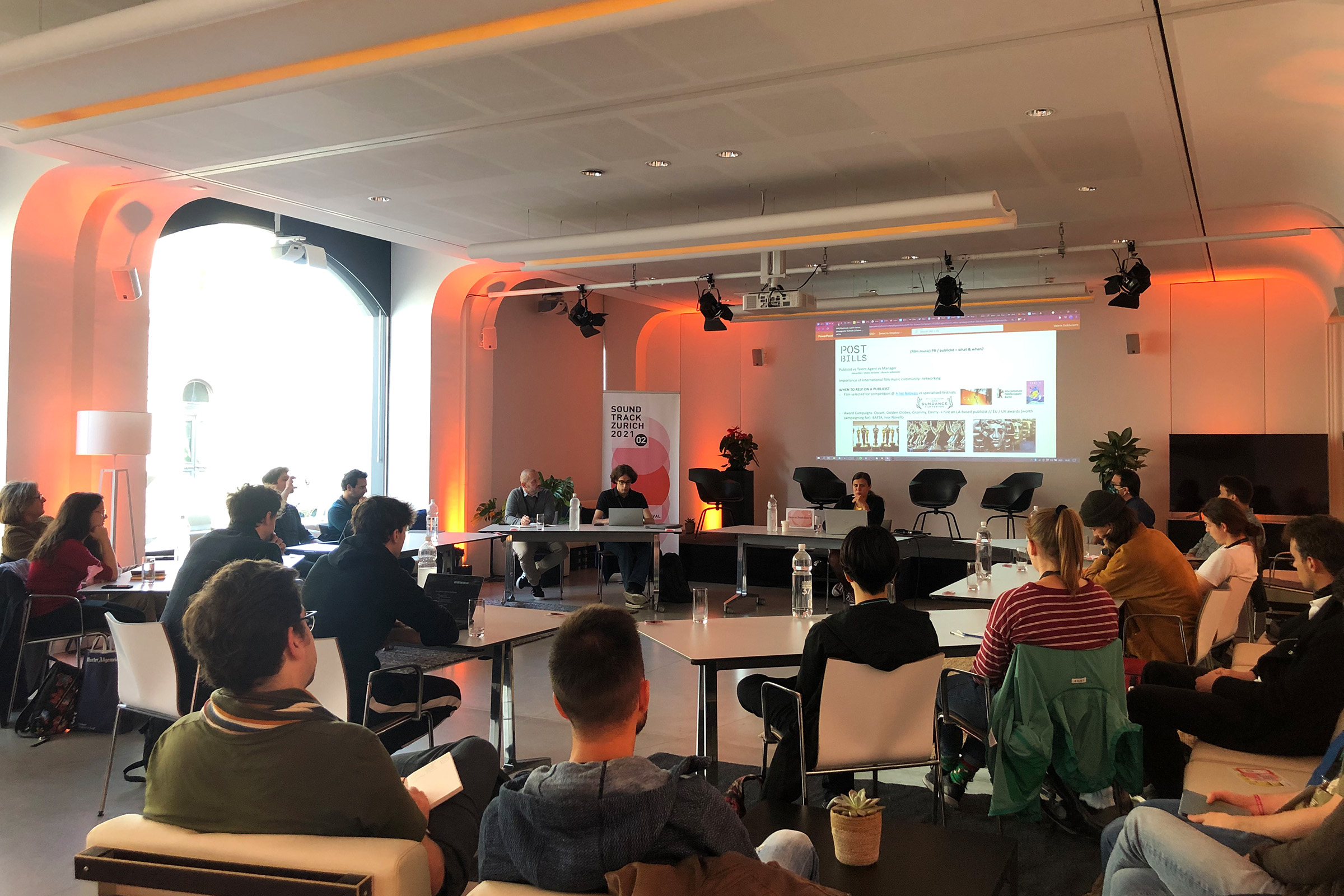 Workshop during the second instalment of the “Soundtrack Zurich”, the professional event for film and media music, in 2021. (Photo: STZ / ZFF)

For the third time running, “Soundtrack Zurich” will take place during the Zurich Film Festival, a multi-day specialist event on film and media music. The event consists of workshops, panels and case studies on current topics in today’s film and media music scene. One of its aims is to facilitate the interaction between business partners as well as with the international guests of the Zurich Film Festival through networking sessions.

In cooperation with SUISA, “Soundtrack Zurich” also offers music creators a platform to get answers to their questions about revenues in the audiovisual sector. The core topic of this year’s SUISA workshop is the remuneration for online uses of music in films, series and advertising.

SUISA workshop at the Zurich Film Festival
Wednesday, 28/09/2022, Festival Center (Sechseläutenplatz)
12am to 1pm SUISA Digital Challenge: Remuneration for online uses of films, series, advertising
Hands-on workshop in German with Irène Philipp (COO SUISA) and Michael Wohlgemuth (Legal Counsel/Licensing Manager SUISA)
Moderator: Martin Skalsky
A video with the recording of the event will be linked here at the beginning of October.

The detailed programme and accreditations for the conference are available at:
www.soundtrackzurich.com