Copyright royalties paid out by SUISA are deemed as earned income from independent activities and therefore have to be taken into consideration for the Swiss Compensation Office (pension funds). That way, later claims and pension reductions at a later stage in life can be avoided. Text by Martin Korrodi 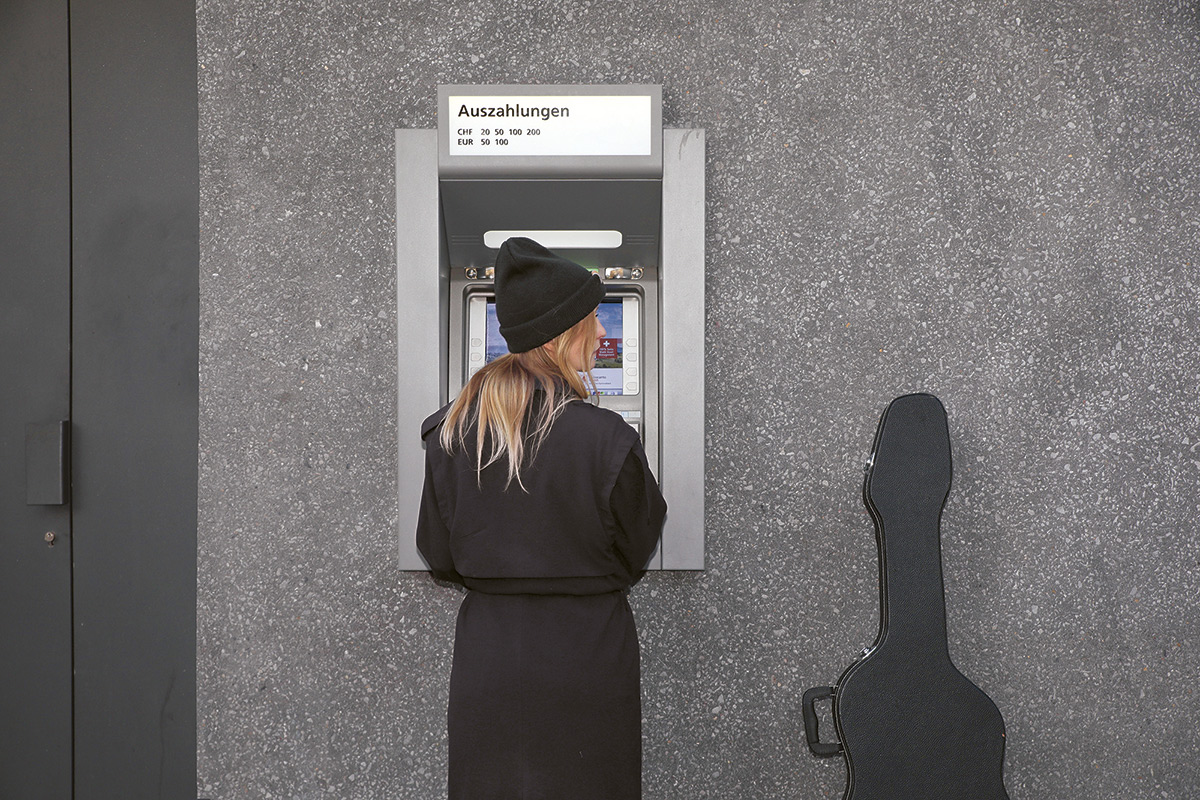 Many musicians have several income streams. Copyright royalties paid out by SUISA are yet another income category. It is worth making retirement provisions and therefore to pay AHV contributions (pension scheme contributions) on the relevant income. (Photo: Crafft)

Introductory comment, supplemented on 9 June 2021: The information in this article is partially outdated. See SUISAblog for an up-to-date article “Are royalties subject to social security (AHV/AVS) contributions?”

All authors who receive remuneration from SUISA for the usage of their works have to declare it as income and pay taxes on it as well as settle the respective social security payment contributions with the pension funds. The remuneration paid out by SUISA is deemed as earned income from independent activities and are thus subject to AHV (pension) contributions.

If the income from independent activities within a year do not amount to more than CHF 2,300, the Compensation Office will only claim the amounts upon request (see info box at the end of the text). Nevertheless it is recommended that members settle smaller amounts, too: This helps to avoid potential contribution gaps which would lead to pension reductions at a later stage in life.

Especially in the case of freelance music creatives it is worth the effort to request a statement of account from the respective Compensation Office branch in order to discover any contribution gaps they might have. If these gaps have arisen over the last five years, the missing amounts can still be paid in.

The tax authorities notify the data in relation to the assessable income to the compensation offices. Based on this data, the Compensation Office can then determine that no AHV contributions were paid in relation to certain portions of the earned income. They can then claim the missing amounts retrospectively. In the case of such later claims, interest on arrears is due on top. It therefore is well worth while to notify the SUISA remuneration to the Compensation Office in good time and to pay the contributions.

AHV (pensions) – obligatory insurance for all

In the case of the federal retirement, death and disability insurance, insurance is mandatory for all persons who live in Switzerland or work in this country. All insured parties – with the exception of children – are obliged to pay in AHV contributions. In this case the yielded earned income usually acts as the basis for calculation.

In the case of earned income arising from employment this is the salary that the employer has paid out. In the case of self-employment, the amounts are due in relation to the income that has been yielded from self-organised entrepreneurial, operational or business activities.

The following directive can be used as a rule of thumb: AHV contributions must always be paid out on those amounts which you declare in your tax assessment as arising from an occupation. The situation is different regarding income such as revenue gained from capital investment or real estate which are – in terms of tax law – regarded as income but not as earned income in the sense of attracting an obligation to pay AHV contributions.

Not only the composition of commissioned music and stage appearances of performing artists but also the exploitation of rights are a type of occupation by means of which income is generated. As a consequence all authors who claim their rights vis-a-vis users and thus generate licence income are deemed to be self-employed.

This also applies in cases when you have assigned your rights for management to third parties – in this case, this is the norm in the area of non-theatrical music, via collective management by a collective management organisation such as SUISA. If you register with SUISA, you sign a rights administration agreement. With this agreement, members assign their rights to SUISA combined with the instruction to SUISA to carry out the rights management.

In such cases it does not matter, by the way, whether composers – whether as a fixed employee or via a one-off honorarium – have already been paid for the creation of the works and whether AHV contributions have already been paid on said type of income. The exploitation of the rights of your own works is an activity which is independent of the former and it leads to additional earned income. As such, it must be settled with the Compensation Office.