On the day before the General Meeting, the SUISA Board and its committees usually hold a physical meeting at the venue of the General Meeting. This year, it was different for the second time in a row. Report from the Board of Directors by Andreas Wegelin 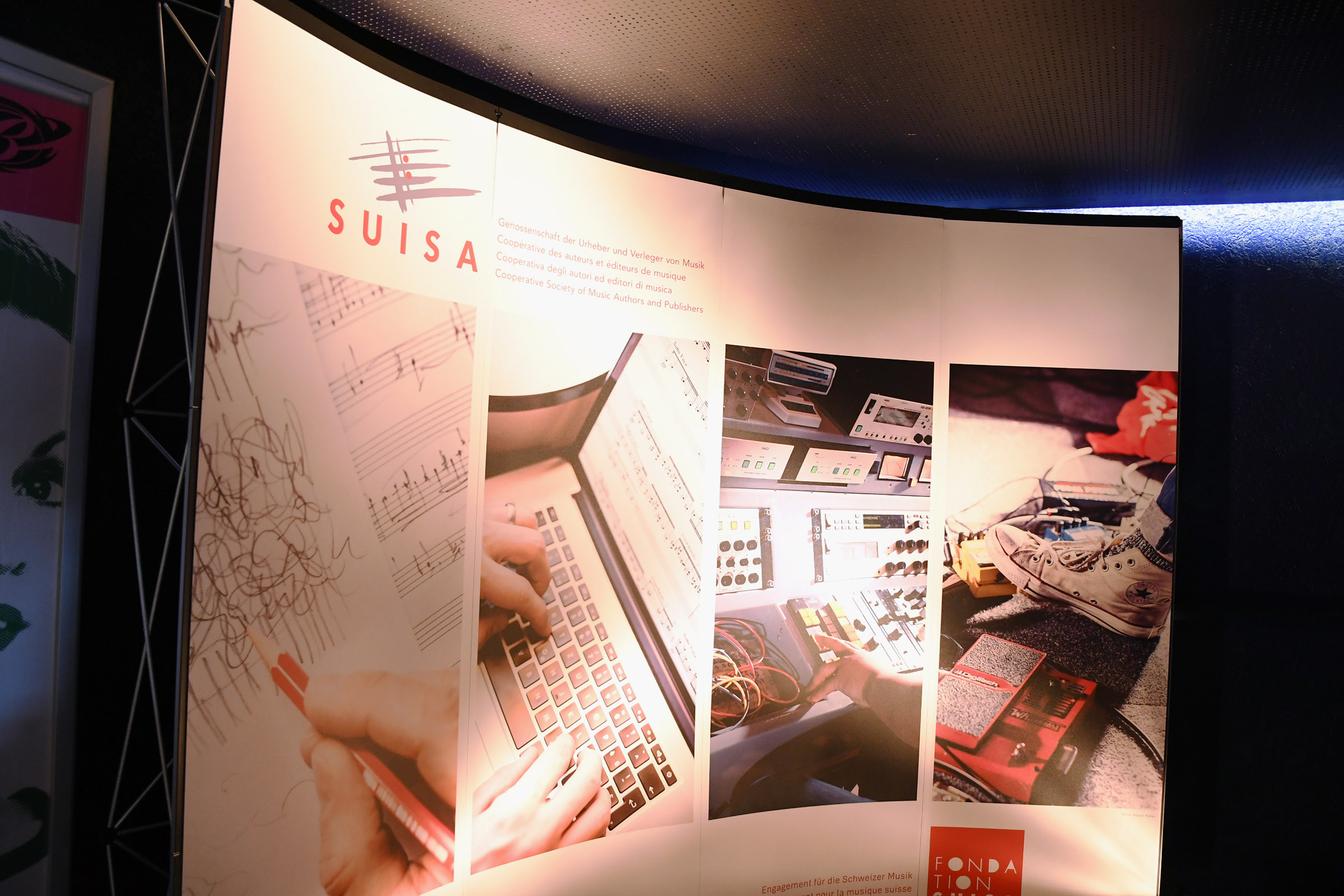 SUISA partition wall set up at a venue: The meeting of a nearly full Board of Directors took place for its regular June sessions in Muri near Berne. (Photo: Natalie Schlumpf & Wolfgang Rudigier)

While the General Meeting could only take place by postal vote due to the precautionary measures taken in the context with the corona pandemic for the second time, the Board of Directors decided to hold a physical meeting for the first time in 15 months in Muri near Berne on 24 and 25 June 2021, adhering to the prescribed protective measures.

Except for one Board member who did not want to expose itself to a heightened risk of getting infected due to imminent concert performances and therefore took part via video, all of the members of the Board of Directors joined the Executive Committee in the meeting and cherished the opportunity to be able to have an exchange outside the meetings in the evening.

The Board of Directors received a thorough report on the annual results of the subsidiary Mint Digital Services, jointly held with SESAC, whose financial year had ended on 31 March. The result is encouraging even if the organisation needs to receive further support. Perspectives for the new financial year are looking up and are going to improve the earnings situation further. It is important to know that the bundling of the copyright of our members with the rights of large publishers and sister societies lead to a situation whereby we can act in the online licensing market with more market power and subsequently negotiate better conditions with the online providers of music.

On 1 July 2021, the Act on Collective Management Organisations entered into force in the Principality of Liechtenstein. It contains, among others, provisions to cater for transparency among collective management organisations. The EU Directive of 2014 has thus been implemented. So that SUISA can take these provisions into account, the code of conduct and the rules on the disclosure of conflicts of interest at Board level were adapted. There are also new disclosure obligations for the Executive Committee. The Board of Directors has passed the respective documents.

Amendments to the budget due to Covid-19

The Board of Directors has adapted the budget to the continuing corona situation for the current year. As early as in December 2020, a cautious budget had been passed for 2021. Nevertheless, the income side must be adjusted to reflect a minus of 1.5% which is expected compared to the original budget. Expenditure is anticipated to be 2.2% less.

Another topic at the meeting was the situation regarding the handling of the double taxation provisions between the Italian sister society SIAE and SUISA. SUISA, just like other European sister societies, is going to approach the Italian tax authorities in order to keep withholding tax deductions for SUISA rights owner members who have their residence outside of Switzerland as low as possible.

Finally, the Board of Directors approved an amendment to the distribution rules regarding the pay-out of licensing income of streaming and download platforms. For another amendment regarding the question how long SUISA can process adjustment distributions for online usages, the Board is going to wait for a more detailed report by the Executive Committee.