Skip to content
Interview by guest author Silvano Cerutti
Business in the online sector has been subject to constant change - not only for copyright societies. In the second part of the interview, SUISA CEO Andreas Wegelin reports on the status quo and provides an outlook on the scenarios that are being discussed.

Andreas Wegelin, let’s talk about proportions and size ratios. Streaming service providers such as Spotify, for example, pay composers micro-penny -amounts per play. If you extrapolate this, what is the percentage of the turnover?
Andreas Wegelin: If you only consider authors’ rights, that is about 12 to 15 percent of about 70% of the service provider’s total turnover. The rest is allocated to the recording, the producer, the artist. This roughly corresponds to the offline situation in Switzerland. Copyright for authors is governed by state-approved tariffs there. They are actually slightly lower. A monopoly thus does not bring about a better result for authors.

Why is there so little that comes together for the author? Without the author, the piece would not even exist for others to perform.
I completely agree with you. If a composer happens to be a good singer as well and thus performs his own songs, he gets more. But this is the same case for the offline sector. A singing author gets more from his record company than from us – because the producer provides the service provider with the music recording which can be played. It is not SUISA that does that but companies such as Sony, Universal etc. which therefore also hold the relevant market power.
Furthermore: Let’s compare the situation to the radio broadcasters: Radio addresses a multitude of listeners, streams one individual listener. If you break down the radio remuneration to listener levels, the amount is not much higher than that for streaming. A reason why streaming is even lower is that I nearly only have mainstream music on the radio. The selection of songs is therefore limited. In the case of streaming services, I also have niche repertoire. In other words (please don’t quote me on the figures), I have a “heavy rotation” on the radio with about 50 songs per month, and 1,000 songs on Spotify.

Can I assume that a service such as YouTube pays out to a similar extent as Spotify?
In the case of YouTube, one question needs to be asked which is difficult to answer: What do the 12 to 15 percent relate to? Spotify has subscription fees while YouTube only has advertising income: Is it thus 12 to 15% of the advertising revenue which has been generated in a specific country for a specific video during a specific period of time? And if there is no advertising shown on the video, is there no money, irrespective of how many thousands of clicks are shown in total?

With YouTube, you have the additional problem that everyone can upload everything without having to supply any rights information. How can you find out what belongs to whom?
YouTube’s approach is automation. This works to some extent, but there are also blatant mistakes with regards to the allocations. For such data volumes, however, it is only possible to do so by way of automation. For a total control, you would have to be able to track all sound files.

Does this mean, the future must be the upload filter?
There’s a huge debate on this topic at EU level. So far, the “safe harbor” principle has been applied in the EU, which said: A Digital Service Provider (DSP) is not responsible for the contents which are uploaded to their platforms. The regulation stems from 2002 and was intended to promote the development of the online data exchange. YouTube did not exist in those days. YouTube could then benefit from this regulation even though masses of protected contents are distributed via YouTube. In the meantime, the protection of the author has been enjoying greater importance again. YouTube, however, threatens now to block contents arguing it would be too complicated to provide for a settlement of the rights in each case. That way, certain contents would no longer be available and this would be a grave restriction of freedom of opinion.

Are there any alternatives?
You could introduce a statutory compensation claim for authors, similar to blank media levies for private copies. This would mean: YouTube is allowed to distribute contents but YouTube would have to pay for it by law. In the case of the blank media levy, the argumentation used to be: You cannot control what someone records onto a music cassette, so a blanket solution is required and it could be that you pay a remuneration of e.g. 5 Rappen for each blank medium per hour in favour of the authors. Something like this would also be possible for online usages but it is a topic that is highly controversial.

Which solution would be better for the authors?
For authors of our scale, a blanket arrangement would be better, for bigger rights holders, the right of interdiction currently in force would be better. It gives them enough power to negotiate with YouTube or Google directly. Google cannot just ignore them. We, however, had to first become active ourselves in order to speak with YouTube about a licence. That was also a reason for our Joint Venture and our approach to expand the repertoire we represent.

How long does it take to negotiate an agreement with a platform of such a magnitude?
Since we have been part of the Joint License and have been processing via Mint, we could shorten the duration. Depending on the provider, it lasts between one and eight months. And if you want to renew an agreement, you are looking at four to five months.

What kind of strategy does SUISA pursue in cases where agreement negotiations with a provider fail?
In such a case – it is rather rare, because, among reasonable business partners, you do find a solution – we must fight in court to get the recognition and the adequate remuneration for the use of the rights of our members.

How many DSPs are there in total?
Actually, there are too many (laughs). There are dozens. Of course, you start with the most important ones, i.e. the biggest. There are about 15. But Mint is planning to expand into other territories. In India, for example, the two big telecoms companies are also important music providers which results in new and different constellations.

I am a cooperative member of SUISA, may I see such agreements?
No. A provider wants to prevent competitors seeing their contracts. That is why there is always a confidentiality clause. SUISA cooperative members do, however, see what they get in the end. If they do not like this situation, they can always assign their rights to someone else. I doubt very much that they will be given access to such contracts there. That is a result of the competitive market.

In December 2019, it became known that Gema has bought a majority stake in Zebralution GmbH, a digital distributor. What does this development mean for SUISA?
Gema tries this way to be increasingly active in the business with data for the works of its members. By cooperating with a digital distributor, Gema can succeed in providing its members with 360-degree-service, which does not just include the management of copyright but also neighbouring rights. SUISA is also going to consider what kind of steps are sensible for a rather comprehensive service to its members in the digital music distribution sector.

Züri West has earned money with “I schänke dir mis Härz”, whereas “079” by Lo & Leduc has yielded much less, even though it is at least as successful.
That may well be the case. This difference does not just apply to Lo & Leduc but for all, worldwide, because music consumption is different to what it was 15 years ago. That is why concerts have become more important and that is why the entire broadcasting sector is so important because we still have relatively stable conditions there …

A similar scenario as we had it in the newspaper sector.
Exactly. This is hard to manage. The next online agreements will need to focus more on that. It is actually very fascinating. And of course we do not always succeed immediately, sometimes it takes tough negotiations and, if necessary, even legal proceedings. We also had this situation in the 70ies and 80ies when the task at hand was to collect remuneration for cable retransmission. New developments and types of services for music keep popping up. We need to keep an eye on them and it is our exciting and rewarding task to negotiate remunerations on behalf of our members.

To the first part of the interview: “Brave new world” 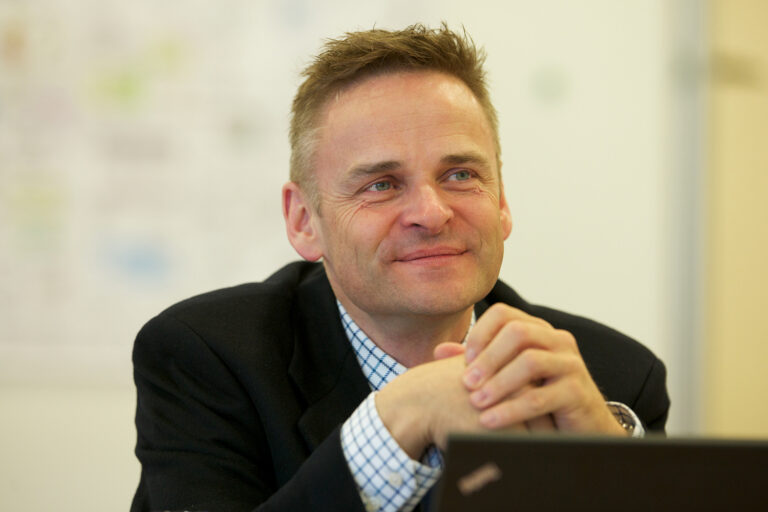 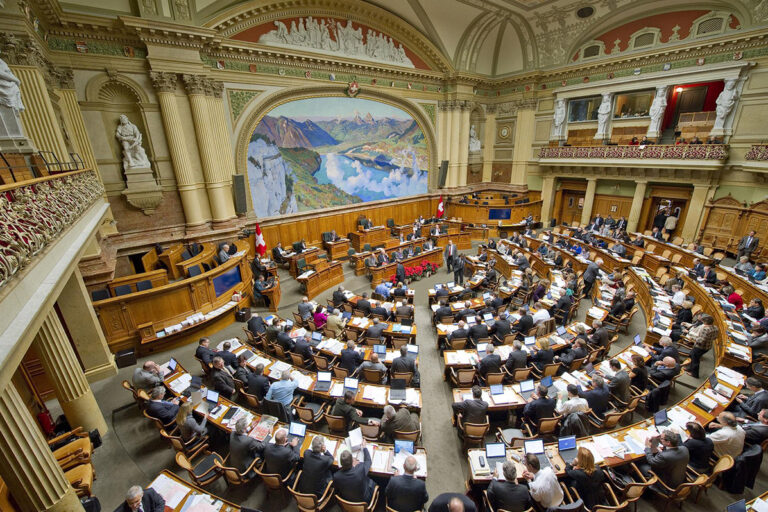 On 27 September 2019, both the National Council and the Council of States at last held a final vote approving …
AGUR12Federal CouncilDiscussionExecutive committeeSwisscopyrightCopyrightCopyright reviewWork exploitation on the internet 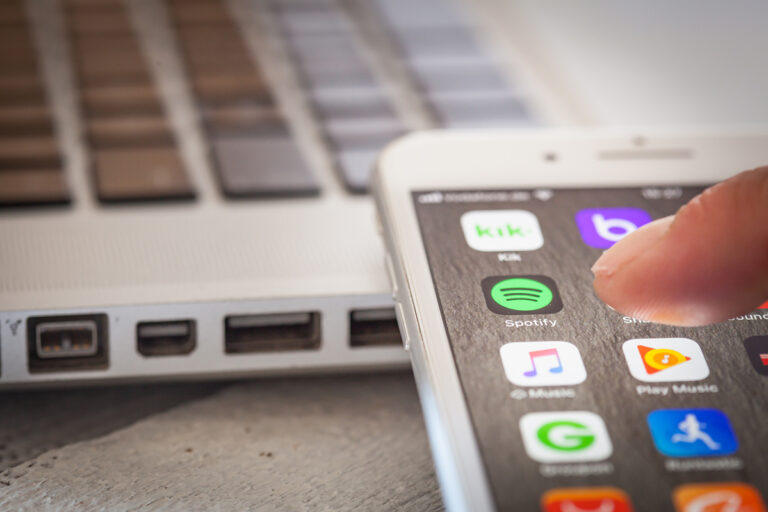