From a sales perspective, online music distribution provides enormous opportunities. With little effort, music can be made available to a global audience within an instant. The distribution of copyright royalties, however, is complex when it comes to online usages. This is also due to the fact that the processes differ from those for performing and broadcasting rights. The most important advice is: First, register the work with SUISA as early as possible, then publish it online. Text by Andreas Wegelin and Manu Leuenberger 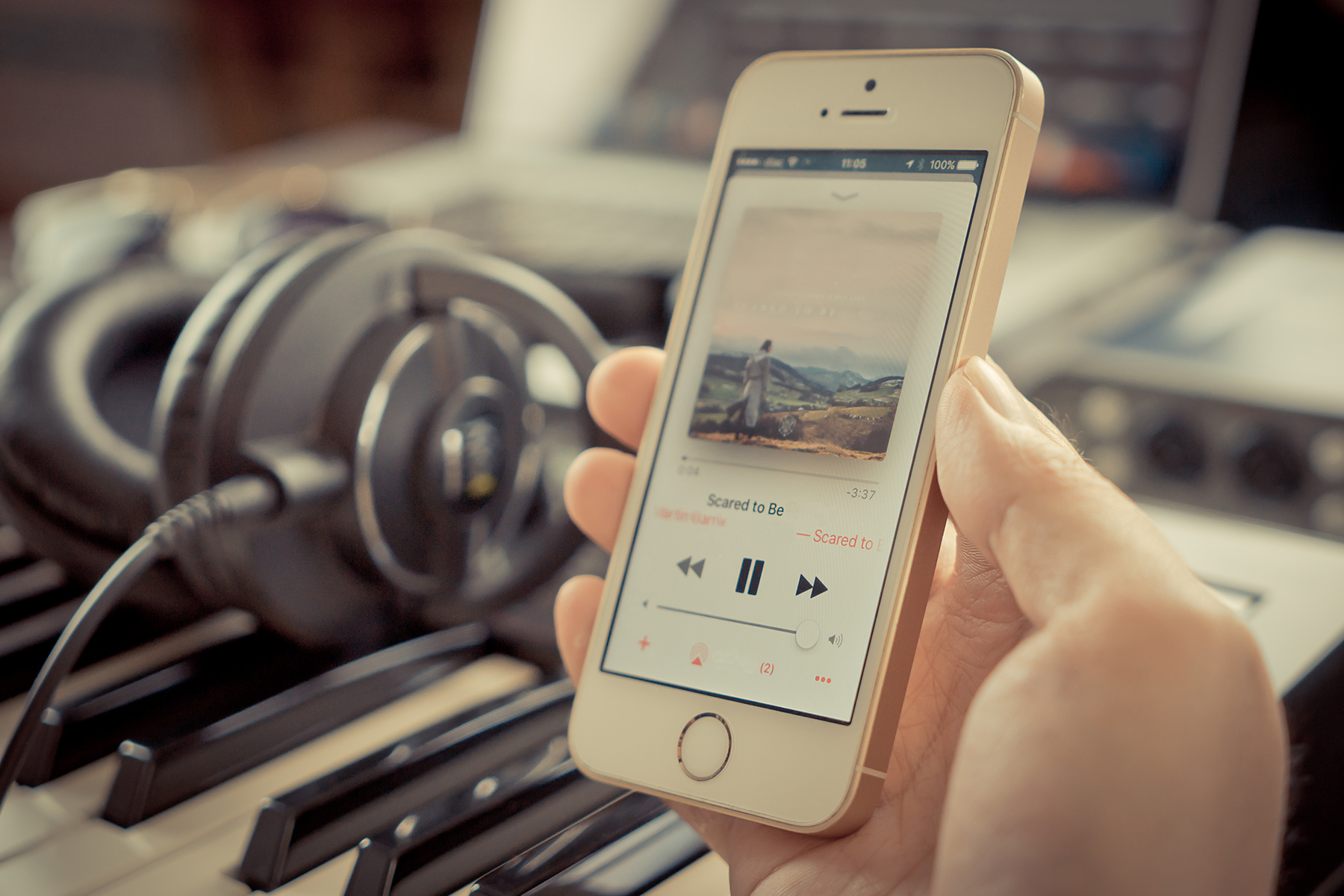 If you distribute your music via an online provider, it will be advantageous if you stick to the following rule of thumb: First, register the work with SUISA, then publish it online. (Photo: Anutr Yossundara / Shutterstock.com)

When it comes to the internet, trade activities are not halted by national borders. Especially in cases when the goods are not physical but only purely digital in terms of their transport from the provider to the customer – as is the case for music. Online music providers such as Apple Music, Spotify or YouTube take their products directly to the audience via streaming or download: On its journey between the internet platform and the playback devices of the listeners, the music product does not pass customs, nor are there any intermediaries (apart from the telecoms provider of the internet access).

The following is decisive in this chain of commerce: When it comes to online music-distribution, territorial limitations have not only been lifted to a great extent for the consumer but also with regards to the licensing of the copyright. The distribution process differs fundamentally from the existing practice in the “offline sector”, i.e. for performing or broadcasting rights or the licensing of sound recordings. SUISA only issues licences for the territory of Switzerland and the Principality of Liechtenstein in the offline sector, but for all works that have been used, including those of the members of our sister societies abroad. Reciprocal representation agreements ensure that the members of other sister societies obtain the share in the works that have been used in Switzerland. The same also applies vice versa: If works by SUISA members are performed abroad, the sister society in charge for the territory in question collects the remuneration and passes it to SUISA for onward distribution to its rightsholders.

This works differently in the online sector. Another practice has established itself since the Recommendation of the EU Competition Commission from 2005, according to which more competition should be created during the online exploitation of copyright. The corresponding EU Directive which was determined five years ago states that each rightsholder can choose for their online licences whether they want to issue them directly or whether they wish to instruct a partner such as a collective management organisation of their choice to manage them across Europe (also known as pan-European).

The major music publishers have assigned the rights management for the shares in their works on a cross-border basis 10 years ago. This type of licensing is called direct licensing. In the field of cross-border usages, rightsholders, i.e. publishers or collective management organisations, specifically account the royalties for their repertoire directly with the “Digital Service Providers” (in short: DSPs) such as Apple Music, Spotify or YouTube. This means: If users abroad listen to works by SUISA members on platforms by the online music providers, SUISA collects the remuneration for such usages directly from the provider. There are no more “intermediaries” between SUISA and the Digital Service Provider as it exists in the traditional offline sector by way of a foreign sister society.

Many societies in Europe have already transitioned to this global direct licensing practice of their members’ works. Since 2012, SUISA has been licensing the rights of its members not only for Switzerland but also for other territories on a cross-border basis, and that with a constantly increasing number of online music providers. In the beginning, these included the European countries, since 2018, more and more territories are added outside of Europe. In the meantime, SUISA is usually issuing global licences to the DSPs with the exception of the following: USA, Canada, South America, North Korea, South Korea, Japan, Syria and Australasia. There are plans, however, to expand into these territories in the future.

Direct licensing has had the consequence that SUISA could only issue licence invoices for works for which it had the relevant documentation, since it is the individual work share that is now relevant, not just the fact whether an author is a SUISA member or not.

Nevertheless, it happens often that Digital Service Providers receive invoices from several collective management organisations for shares in the same work. This leads to so-called “overclaims” or “underclaims”. Such overclaims or underclaims (in terms of rights) result from a lack of clarity among the societies issuing the invoices who can claim the remuneration for which shares in a work in which territory for their principals. There is often also a situation of “no claims” i.e. when no society issues an invoice.

This has led to a scenario where the providers paid rightsholders more than the agreed remuneration in the case of “overclaims” and too little or nothing in the case of “underclaims” or “no claims”. There are also Service Providers which withhold the payment in the case of “overclaims”. If thus the claims of all invoicing collective management organisations for a work exceed 100% (shares), no royalties are paid as long as it is not defined who is actually permitted to invoice for which share.

A working group of the collective management organisations, major publisher and the most important online music providers has taken care of this issue and agreed to the following solution:

Issuing invoices to a DSP happens in several steps. The collective management organisation receives usage data from the DSP. Based on these usage reports, which contain a period of one or three months, the provider receives an invoice for all work shares in titles for which the society holds the usage rights of an author or a publisher. If the invoices that have been issued by various collective management organisations do not match for one work title, so-called “disputes” arise.

The societies have 18 months to resolve such conflicts of claims. Within said period, SUISA checks the data of the usage reports once more and compares it with the updated SUISA work documentation. If, during this search, new correlating entries are detected, they will be invoiced retroactively. Whatever has not been resolved after 18 months shall fall under the so-called “residuals”; this is the licensing remuneration for work shares which have not or only partially been invoiced (“underclaims” and “no claims”).

The “residuals”, the remuneration that has not been claimed from the DSP from “underclaims” and “no claims” shall be paid out by SUISA as a supplement to the works used in the same distribution period. A work that has not been registered at that point could therefore not receive a supplement.

Register the work first, then publish it online

The most important advice for SUISA members who make their compositions available via online music distribution channels, is: First, register the work with SUISA as early as possible, do not publish it online before!

If you follow this rule of thumb, you create a basis whereby works can be detected from the beginning in online usage reports and can be invoiced to the Digital Service Providers. The distribution process with the online music providers is subject to deadlines and the attention of the audience on the internet is often rather ephemeral. When you register works too late, there is the risk that usages are not detected and royalties cannot be allocated.

If the work registration takes place before the first recording of the work is published for streaming or downloading, SUISA can claim the work shares with the Digital Service Providers from the very beginning. In order to enable a simple automatic identification, the metadata of the works registration should be the same as the data which the DSP has for the work.

Metadata is additional information and particulars which describes other data in more detail. Thanks to such additional information, it is possible to determine and thus find individual elements during searches within big data volumes. A musical work title ideally comprises, apart from the usual details on composer, lyricist, publisher etc., information on the performer(s), and, if applicable, alternative work titles of versions in other languages as well as remix/edit versions, such as “song title – radio edit” or “song title – extended version”. Complete and correct metadata provides a great advantage when it comes to finding a concordance during the automated matching of the usage reports with the works database.