Basel-based musician Manuel Gagneux has caused quite an international stir with his utterly unusual style mix of his project Zeal & Ardor. The composer and artist of dual Swiss-American nationality has recently joined SUISA. Guest contribution by Markus Ganz 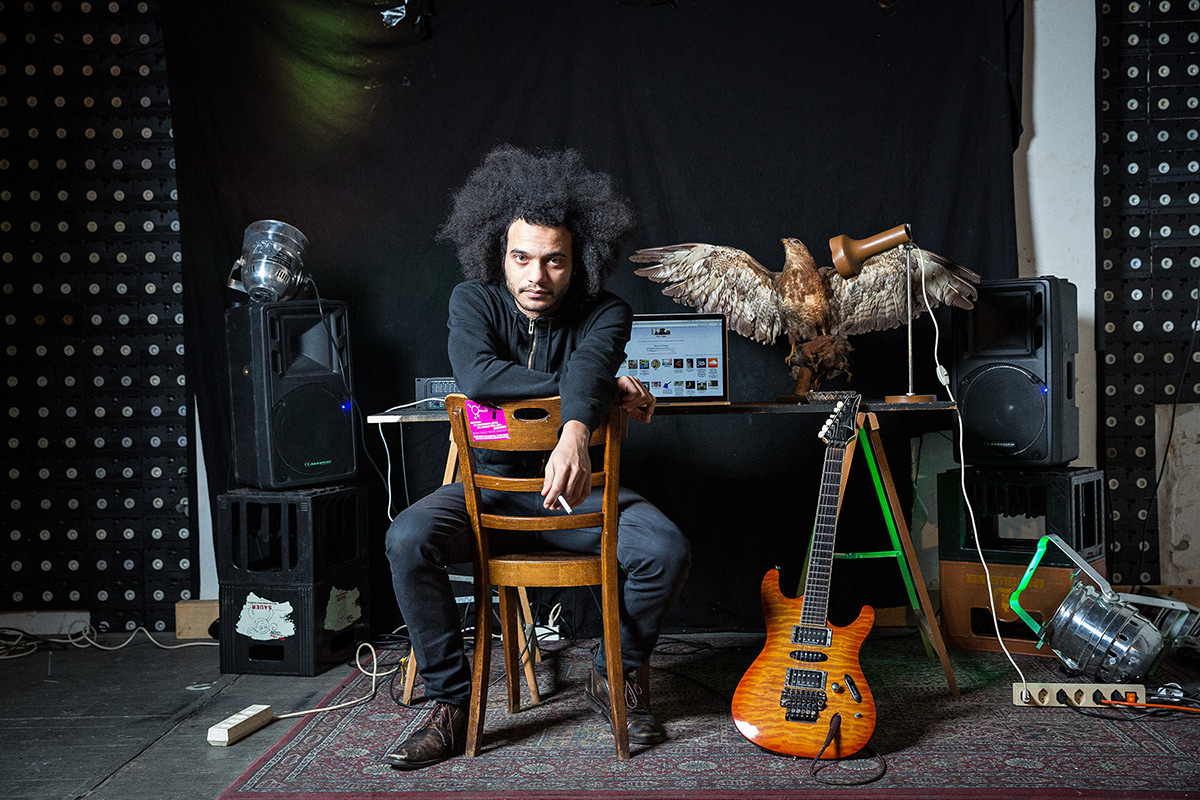 Last year, Zeal & Ardor seemed to appear out of nowhere with their mix of gospel, slave song, blues and black metal. The renowned US-American magazine Rolling Stone wrote the following under the title “Best Metal Records of 2016 So Far”: None of this year’s songs sounded “as strange, unfathomable and wonderful” as “Devil Is Fine” by Zeal and Ardor. Said album will now be officially released globally, and international live performances will follow.

It is not out of nowhere that this solo project by Manuel Gagneux has appeared, after all. He grew up in a musical home in Basel, where there was a piano that always invited to tinkle the ivories. Such are the memories that the 28-year-old shares during an interview in his cool and gloomy basement practice room in Kleinbasel. His mother is an Afro-American singer, his Swiss father has been playing percussion with the salsa formation Picason and in the funk band Grand Mother’s Funck for many years.

They sent their son to take saxophone lessons but Manuel Gagneux couldn’t get on with this instrument at all. At the age of 15, he began to play the guitar because he loved Rock and Metal – well, he still does. Soon, he fell in love with Black Metal because “it was the most extreme music around back then”, he admits with a laugh. “Of course I know now that a lot of things surrounding Black Metal are questionable”.

Looking for a challenge

Manuel Gagneux has already proved with three astoundingly versatile and pop-like albums of his solo project Birdmask that he does not want to be nailed down when it comes to his style. These albums were mainly created in New York where he had moved to in 2012, since he found that the Basel music scene was not challenging enough. “If you do something in New York, you can be sure that there’s someone that does it better. That requires a certain kind of humility but also forced me to be original, something I actually appreciated.”

Looking for a new creative approach, he followed unusual paths. On the internet forum 4chan, he posted the question which two music styles would be incompatible, intending to use it as a kind of exercise to combine them into a song in half an hour. Someone replied “Black Metal and nigger music”. While Manuel Gagneux didn’t find that too funny, what with his Afro-American mother, but he found it musically stimulating.

The singer and multi-instrumentalist thus went on a search for original material of Black Music. He had particular success in the online archive of the US-American ethnologist Alan Lomax. He took his inspiration from songs sung by slaves in the fields, for example, and repeated them by singing parts of them in a modified manner, then combined them with Metal riffs and even added electronic sounds to three of the songs.

Following a trial & error method, he was able to combine these different elements, Manuel Gagneux adds. “The first songs turned out to be awful”, he recalls and rolls his eyes. “But at some point I realised that it would be best if I opened the pieces with Spiritual Music, as it has a welcoming effect: You want to bop along, join in. Metal Music, on the other hand, is like a slap in the face, and you can give the music an enormous push with that.”

From a solo project to a band

Manuel Gagneux played all instruments himself, apart from the drums which he programmed, as he does not regard himself “as a gifted drummer”. He also recorded everything with his laptop and “a simple microphone” and engineered it. “I only used bad equipment, but that was also an advantage”, he grins.

What he probably means: The recordings really don’t sound perfect but it amplifies their authenticity. In order to be able to give a captivating performance during his coming tour, he has assembled a band with five musicians – and he’s already writing new material for it – his album is, after all, only 25 minutes long.

“There’s no two ways about it”

Before his career kicks off properly, Manuel Gagneux registered with SUISA. His parents had already told him early on that he ought to become a member. “I used to laugh it off. And my opinion of SUISA was ambivalent because some of the bands had told me that they would not be booked by clubs because they had to pay SUISA fees.”

His manager, David Burger of Reelmusic, had, however, warmly recommended that he become a member, because there’s simply no two ways about it. He has no expectations as of yet what benefits this could bring him for definite. “I am a new member and have therefore got no clue what I can expect.”