During its spring meeting, the SUISA Board dealt with the financial results of the previous year. It approved SUISA’s annual accounts for 2016 as well as those of the Pension Fund for Authors and Publishers. Items on the agenda included the ratification of the 2016 annual report as well as the preparation of individual business items for the General Assembly on 23 June 2017 in Zurich. SUISA’s international involvement emerged during the discussion on the pricing of IPI subscriptions. Report from the Board by Dora Zeller 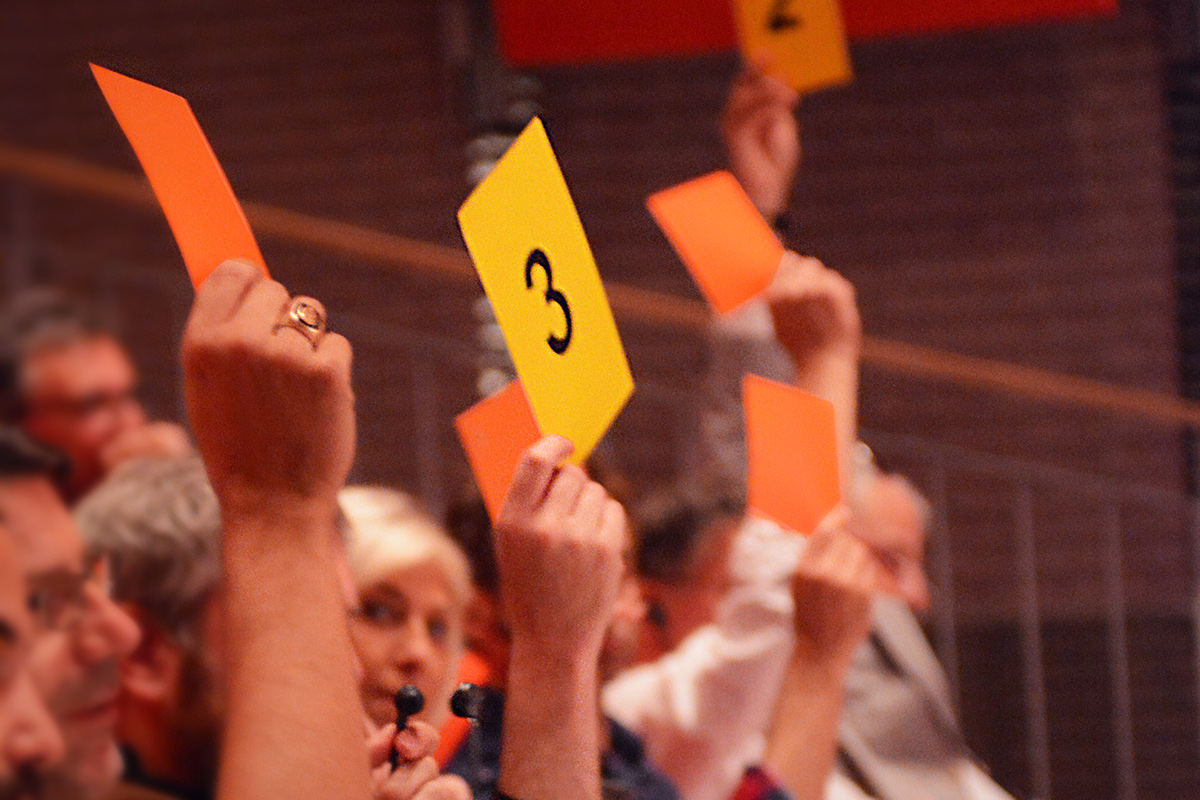 An important agenda item of the Board’s spring meeting: Preparations for the General Assembly where SUISA members can co-determine the future of their Cooperative Society. (Photo: Manu Leuenberger)

SUISA’s annual statements for 2016 reflect a pleasant result for music authors and publishers: Income from Swiss sources reached new record levels (CHF 136.1m). Total turnover therefore was the highest in the Cooperative Society’s history (CHF 154.3m). The amount which is due for distribution to the rightsholders rose to CHF 128.9m (previous year: CHF 125m).

Annual accounts 2016 of the Pension Fund

The Board members jointly make up the Pension Board of the Pension Fund for Authors and Publishers (UVF). In that capacity, they examined and approved the returns of the UVF Fund. The fund assets have increased. Before it is possible to hold a discussion on how to adjust the insurance benefits, it was decided to wait for the impact of the revised Pension Fund Regulations on the annual accounts 2017 (please also refer to the article “New Pension Fund Regulations in force from 01 January 2017” on the SUISAblog).

This year’s ordinary General Assembly of SUISA shall take place on Friday, 23 June 2017 in the Kaufleuten Festsaal in Zurich. Doors will open at 9.45 am. The meeting will begin at 11.00 am.

During the first part of the GA, mandatory statutory business items will be dealt with. In the second part of the assembly, the following current topics shall be discussed:

The term “Service Public” comprises the mission of SRG (Swiss Broadcasting Corporation)  and private broadcasters financed by fees collected by Billag for radio and TV reception. It is perceived as a comprehensive service for society, covering the relevant requirements relating to education, culture and entertainment of the population. The “No-Billag initiative” challenges the “Service Public”. It does not – as the name might suggest – intend to abolish Billag. Its aim is much more to stop the public service financing of broadcasts. SRG and Swiss private broadcasters would be affected since they receive monies from the fees collected by Billag for radio and TV reception. The Council of States has rejected the initiative in its spring session. It is expected that the topic will be tabled for discussion before the National Council in autumn.

Another approach demands that SRG shall renounce on all radio channels which are not part of the “Service Public” mission. The following so-called special category channels would be affected: Radio Swiss Pop/Classic/Jazz, Radio SRF Virus, Radio SRF Musikwelle, and Radio RTS Option Musique would fall silent. Swiss music is often played in the programmes of these special category channels. If these channels were to be abolished, a lot of airtime for music by SUISA members would be lost.

Géraldine Savary, Ständerätin (federal councillor) and SUISA Board member, is going to comment on the political debates in relation to the “Service Public”.

SUISA prepares for the future

SUISA has founded the Joint Venture Mint Digital Services together with US collective management organisation SESAC ((2)). The JV will take on the invoicing and administration of the online licensing activities of SESAC and SUISA and offer its services also to publishers and collective management organisations. One major publisher, Warner/Chappell, has already signed up to the service range offered by Mint Digital Services. Andreas Wegelin is going to report on this important step for the future and the consequences for SUISA and its members.

IPI system: What may it cost?

SUISA has been supplying CISAC societies with the electronic world repository for authors/publishers since 1969. The technical infrastructure of the Interested Parties Information (IPI) system belongs to SUISA. SUISA issues an invoice to collective management organisations which are using the system for the service provided to them by SUISA each year.

The IPI system forms a part of CISAC’s IT tools. The CISAC administrative council has audited the costs of the IT tools. Of all these systems, the IPI has been the most expensive in 2014. Subscription fees for the IPI system had already been lowered at a previous stage. Nevertheless, the management board of the international umbrella organisation demands that the subscription fees are adjusted downwards. Otherwise, it is said, a competitive system will be launched.

The Board members have deliberated on the room for manoeuvring between fair, cost-covering subscription fees and the intention of SUISA to continue operating IPI at a continued high quality standard. The value of the system depends on all collective management organisations entering their data into this one system so that it shall be and remain the one reliable global identification system for authors and rightsholders.