FONDATION SUISA grants Heiri Känzig its Jazz Award 2016. The musician from Zurich is regarded as one of the most prominent double base players in Europe. He is less known as a distinguished composer. Guest contribution by Markus Ganz 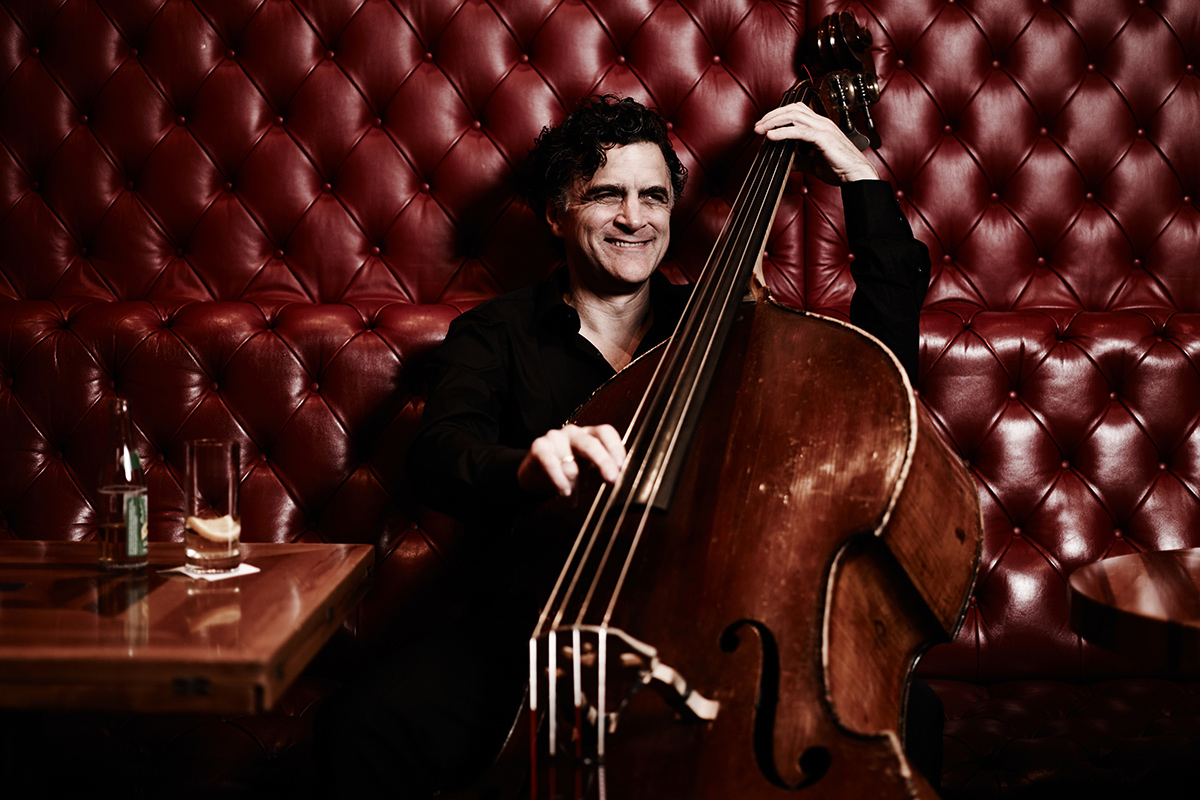 “The richness of his variations and his dexterity make him a virtuoso of his instrument”, FONDATION SUISA writes about this year’s winner, Heiri Känzig, in its press release in connection with the Jazz Award. (Photo: Pablo Faccinetto)

Heiri Känzig is probably more known to the international jazz scene than the Swiss public. The double bass player has never sought out the attention of the broad masses, but managed to convince with humble musical talent. Born in Zurich in 1957, he moved abroad while still young because of music, and lived in cities such as Vienna, Munich and Paris. Heiri Känzig smiles during our conversation when he recalls how Mathias Rüegg had encouraged him to break off secondary school (Gymnasium) in Schiers and to study at the music conservatory in Graz. He later on followed the co-founder of the Vienna Art Orchestra to Vienna, which would become his own springboard into the international jazz scene.

Vienna as a starting point

From 1977 onwards, Heiri Känzig was a member of the Vienna Art Orchestra for 15 years, and already performed on their debut, the single (!) “Jessas na” (1978): “A crazy record”. He thus became part of an innovative scene and obviously gained a good reputation as a double bass player quickly. After all, he became a supporting act for the Bebop trumpeter Art Farmer as early as 1978. Since then, Heiri Känzig has played with numerous big names in jazz such as Art Lande, Kenny Wheeler, Lauren Newton, Billy Cobham and Ralph Towner; he was particularly close to Charlie Mariano. It is also unusual that he became a member of the “Orchestre National de Jazz” as the first non-French national in 1991.

Heiri Känzig insists that he does not just regard himself as a jazz musician: “I like to play different kinds of music.” He showed this, for example, with the “Tienn Shan Schweiz Express” (with musicians from Kirgistan, Khakassia, Mongolia, Switzerland and Austria) or a project with the Algerian Oud player Chaouk Smahi. Furthermore, he was a studio musician for artists like Nena and Andreas Vollenweider. What really amazes is the fact that Heiri Känzig who is usually known as a live musician, has been playing on 130 albums based on his biography. He plays down the fact that there are more in the meantime, and clarifies that at least thirty alone stem from the Vienna Art Orchestra.

One constant factor in Heiri Känzig’s career has been the cooperation with Thierry Lang, which had begun before his contract with the legendary Blue Note Records label. For about 25 years, he has been playing with the pianist from the French-speaking part of Switzerland, usually in a trio, but sometimes with guest musicians, and currently even with a string quartet. He also increasingly contributes to compositions. As a co-leader, Heiri Känzig currently works mainly with the jazz ‘institution’ Chico Freeman as a duo, and in the “4-tet” with the “Cholet Kaenzig Papaux Trio”, and with Depart, a trio founded in 1985 with Harry Sokal, which now has Martin Valihora as its drummer.

On the suspense-packed last Depart album “Refire” (2014), the majority of works were written by Heiri Känzig. He is still often described as a “versatile accompanier” or similarly. “As a bass player you are usually not the front man as it is more often the case for trumpeters or pianists”, he says and is relaxed about it. “The bass is primarily an accompanying instrument, and a low one at that, which is not perceived as easily from an acoustic point of view than other instruments.” Heiri Känzig also confirms that the bass has the function to connect the different types of instruments. He adds, laughing: “Bassists are, in a way, the diplomats among musicians, mediating between melody, harmony and rhythm; that’s why we probably are such conciliatory people …”.

When he composes, he does not worry about the function of the bass, but often just starts playing, usually on the piano. “At the beginning of a composition are bass lines, which I find by playing and which inspire me. These are rhythmic approaches, whereas I fathom the harmonious aspect with the piano.” These are two fundamentally different approaches, and yet the further development of the pieces bear a communality. Composing is always a very exciting process because you never know where it will lead you. You don’t have a clue, and yet something always tells you where to go through next.”

Media reports continue to praise the virtuosity of Heiri Känzig. “And of course you can tell yourself that it doesn’t make sense at all in the case of a bass because the low tones are hardly audible anyway”, he adds and shrugs. “But I add colour to the music by doing so, sometimes even a sound thunderstorm.” This contributes to the fact that his performance has a very individual and unique note. Heiri Känzig can, however, not quite explain this himself. “Maybe it has something to do with the fact that I have hardly ever copied anything”.