A story of 50 years’ success: The only sustained career in Switzerland in relation to the “canzone italiana” – in all its dimensions. An undisputed, and undoubtedly significant fact about the singer songwriter Marco Zappa from Bellinzona, who has become the focal point of music culture in the Ticino again at the beginning of the year. This comes with the release of his new album “PuntEBarrier” which contains 18 unpublished songs, and a tour across Switzerland starting on 14 March 2017 in the Teatro Sociale Bellinzona. Interview/Text by Zeno Gabaglio – La versione italiana del testo si trova sotto. 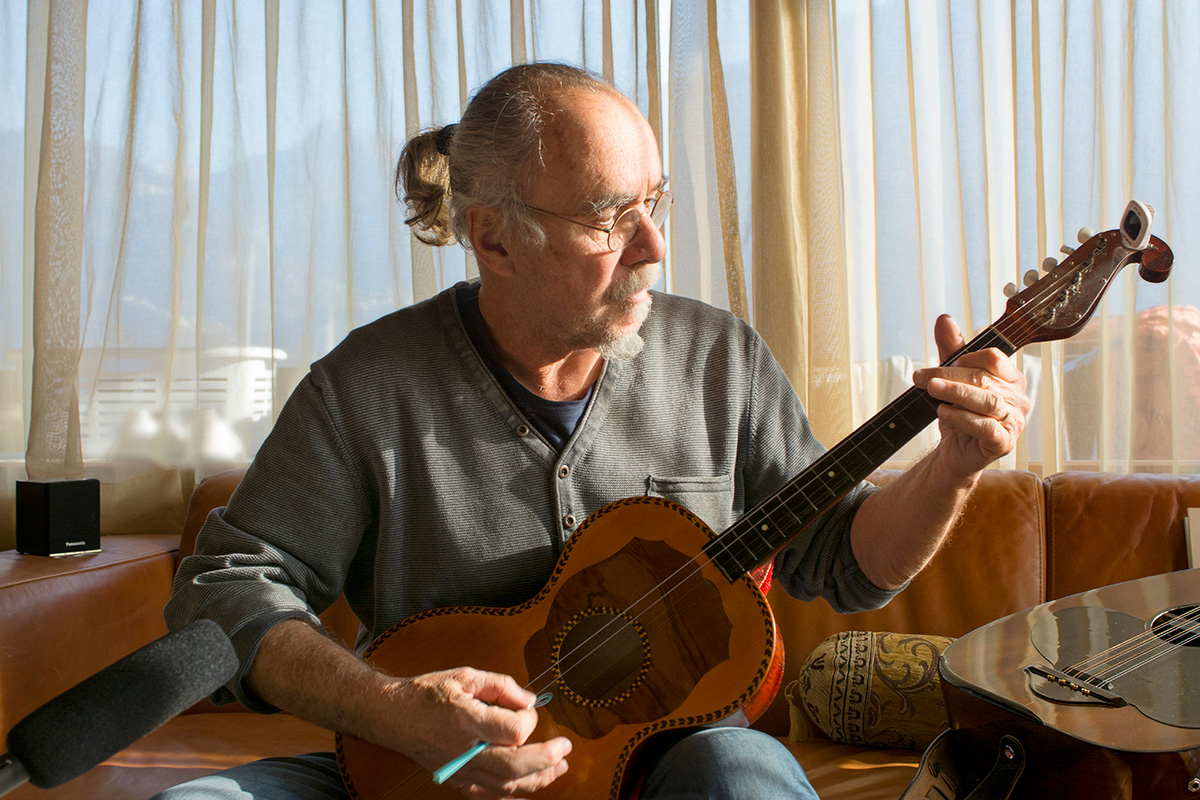 Interview with Marco Zappa in the studio MarcoZappaMusic in Sementina. (Photos: Manu Leuenberger)

50 years of music: This is a great opportunity to meet Marco and cast a look back into the past. We asked him to tell us how it all began and how his relationship with musical creativity developed; in the Ticino – an area which had never really stood out in terms of the “canzone italiana”, i.e. songs in Italian.

Marco Zappa: At the beginning of it all, there was my mother who regarded me as a pianist in the classical music sector. We lived in Bellinzona at the time, and I was still barely a child. I played the piano for two years – more or less ‘under duress’ – and I do recall that I really didn’t enjoy it: I had to practice every day, but had completely different things on my mind at that age. While I was a boy scout, I began playing the harmonica (mouth organ), an instrument which, unlike a piano, you can take with you and also share your music with others. My mother’s sister played the guitar. She had taught me my first view chords, exactly at the time when Adriano Celentano and the first “shouting singers” were all the rage in Italy. I was hooked right from the start and could immediately relate to that type of music. I founded a small band with my colleagues from the Gymnasium (grammar school) with which we performed at school parties. 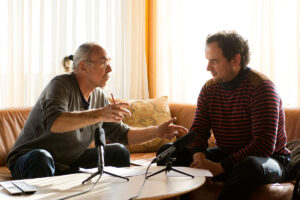 Zeno Gabaglio: What kind of opportunities did those have who wanted to make music and share it – as much as possible – with others?
The desire effectively existed to meet up to make music, but it was mainly folk and traditional music. I have also spent a few years to sing and play la Verzaschina, il Boccalino and various other songs that nowadays would be called ‘folk’. When it comes to live music in the Ticino, there was quite a good supply of ensembles that performed light music, i.e. bands (even those with just 4-5 musicians) that performed a repertoire mix between jazz, swing and ‘Schlager’ [traditional German-language pop songs]. On my way home after school, I always stopped outside the bars of Locarno where they were playing in order to listen to their music. And I was totally enchanted and learned new chords.

But the music of such dance ensembles was “old” music, wasn’t it? How come that Marco Zappa found a more modern path to rock music?
It was the electric guitar. One evening where I performed with my band in the Oratorium in Minusio, the priest who had organised the meeting, played the song Apache by The Shadows, with those wonderful tunes at the beginning, played by a distorted electric guitar. It was love at first “sound”. And then there were, of course, the songs by the Beatles! … 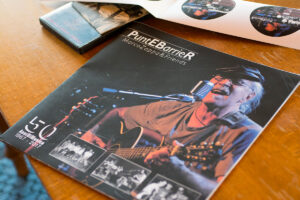 The rock career of Marco Zappa thus goes back to a modern priest?
Yes, in a way: to an enlightened priest! But as we were – so suddenly – infected with the electric guitar virus, young people like us had a problem: How could we change our instruments so that we would manage to hit exactly that tone? A friend who was an electrical engineer told me that you would get a microphone if you unscrewed the lower part of a telephone receiver (i.e. the part into which you speak). So I did exactly that and mounted that piece onto my guitar, connected both wires to an amplifier of an old radio owned by my parents and voilà, I had my first electric guitar. I do remember how I rode through the city with the old radio, tied to the moped on my way to the rehearsals …

Shortly after, you began – with the Teenager Band – to create music, even though you would not reach the gravitational centre of your musical universe until a few years later, by changing from English to Italian. Could you explain to us what led to this important development?
I had grown up listening to English rock pieces on my turntable. I played singles a thousand times in order to practice the guitar solos and to learn the lyrics by heart. Even though our English wasn’t brilliant, we still wrote our songs and performed them in that language, as we mainly listened to English rock at the time. Strangely enough, I find myself criticising musicians of today a little when they – even though Italian is their mother tongue – sing in English only, and I do believe I have the right to do so, especially as that’s exactly how I started myself! Our first two albums were recorded in English and we were proud that EMI (the record label of the Beatles!) produced it; they would have never produced the albums with us in any other language than English. 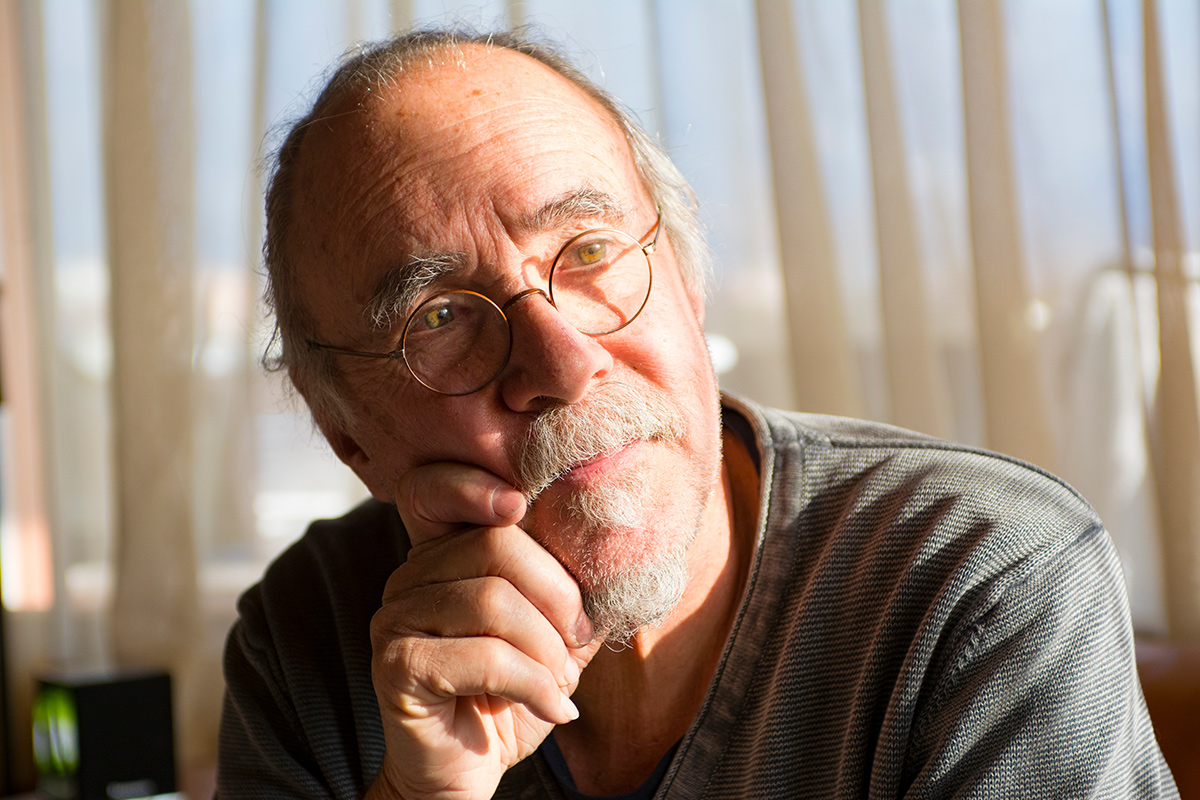 “The words you choose are just like fingers on a guitar: You need to feel that they are your own. If this is not the case, then the musical result is not really authentic.” – Marco Zappa

So when did you change to Italian?
The transition to Italian took place in 1979. Musical tastes around us had changed, and so had certain connections to the concept of the “canzone italiana”; but it was mainly a case of a new awareness that had awakened in me. The language that you use is like the instrument which you need to own. The words you choose are just like fingers on a guitar: You need to feel that they are your own. If this is not the case, then the musical result is not really authentic. Since then, this is what has been happening: When I experience a story in my dialect, then I have to write it in my dialect, and if I experience it in Italian, I have to write it in Italian. The same applies to any other languages. That’s not a decision I have to take up front, it is the story itself that I want to tell which leads me onto an unavoidably expressive path.

And now, finally, for the music. What happened is that you have come off rather quickly from the young convention of the English language, and it was the same with your musical vision which had only been influenced by rock music. You thus went to look for less predictable and undoubtedly more daring solutions. What made you choose this direction?
Due to the change to Italian lyrics, I chose an unusual musical setup: a trio with flute and cello. Maybe, at the time, my subconscious told me to do something that even my mother would like. The setup of the band seemed to be classical, but the spirit was definitely committed to rock, even if many people were of the opinion at the time that you could only create rock music with a stratocaster with a distortion switch. Since then, I have always tried to be open to new musicians, instruments and ideas when it comes to musical collaboration. The principle is the same, as it also applies to the lyrics: The story that you wish to tell suggests different technical and poetic solutions – and sometimes it also provides them. If you use the same stones every time and also stack them in the same way, you’ll end up with the same wall, every time.