For the tenth time, the Festival Label Suisse invites you to listen to Swiss music from various genres from 16 to 18 September 2022 in Lausanne. Text by Erika Weibel 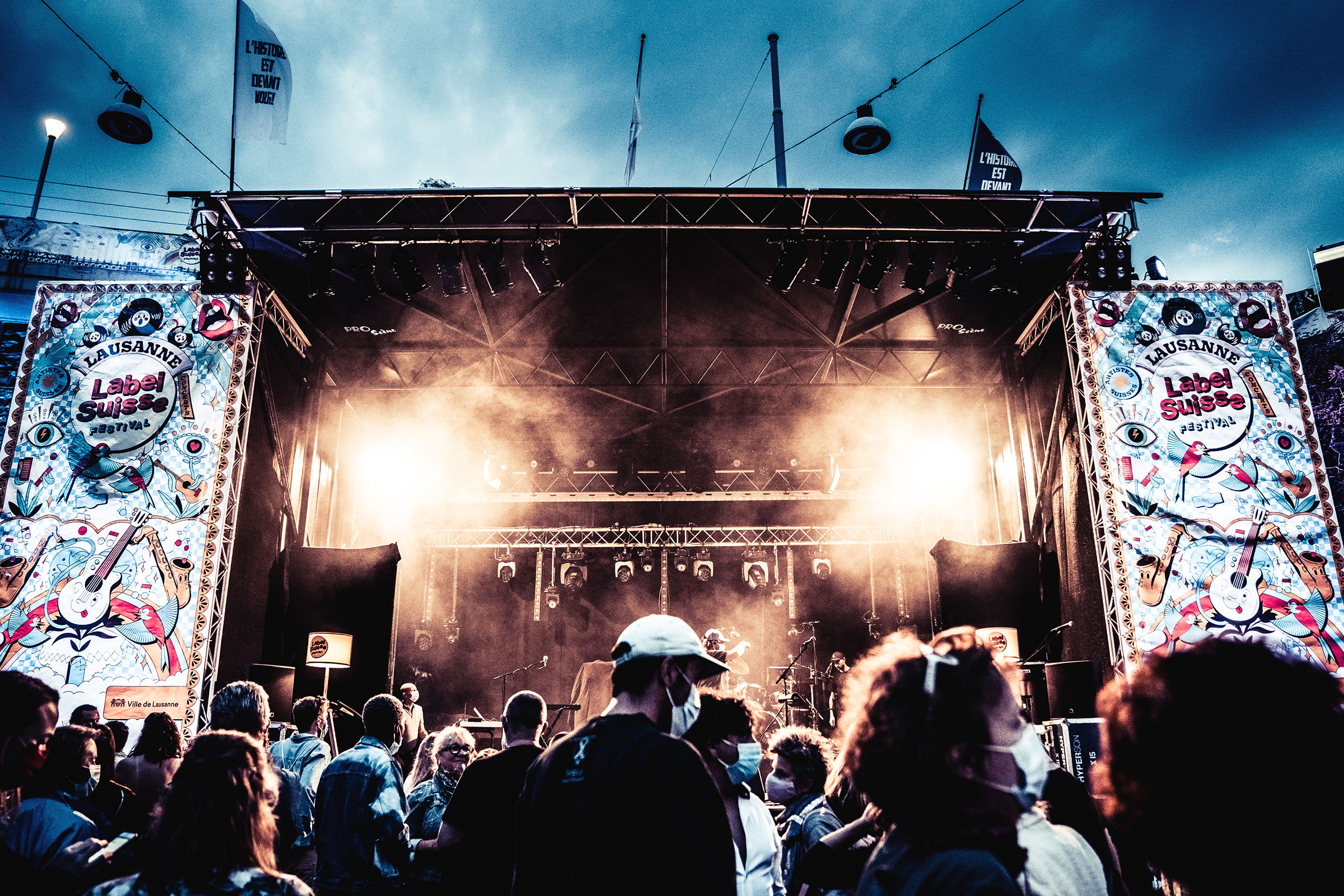 Label Suisse has been taking place since 2004 and surprises its audience with a very diverse programming every time it is held. 700,000 have attended 600 concerts and nine editions so far and are proof of the festival’s success.

The festival opens its doors every two years and is free to the public, as the cost of the music is covered by sponsors. There are 69 concerts on 10 stages: The programme presents the musical diversity of Switzerland and ranges from classical to new folk music, hip-hop, pop, rock, electronic, jazz and experimental music to contemporary music. During the festival days, the colourful fireworks from a wide variety of genres transform Lausanne into the epicentre of Swiss music.

In the run-up to Label Suisse, composers are instructed to create new works that will be premiered during the three-day festival each time it is held. One of the creations of the festival to be held this time was made in collaboration with the radio station RTS to celebrate the anniversary of 100 Radio in Switzerland. This is a joint composition by Yilian Cañizares and Arthur Hnatek, both of whom have already been presented with the Swiss Music Awards. Another newly created work called “Dédale” will be premiered by L’Orchestre du Grand Eustache. Antoine Auberson has also composed “La Pastorale Alpine” with organist Benjamin Righetti for this year’s Label Suisse. The orchestra Harmonie Lausannoise also worked together with Michel Godard and achieved a tailor-made creation with Yumi Ito, Benz Oester and Lucas Niggli.

Pianist Colin Vallon, in turn, has brought together students from the Lucerne and Zurich Universities of Applied Sciences and Arts to create a new composition together. Artist Lisa Tatin is also going to bring a work to life on Sunday, 18 September, blurring the lines between concert and artistic performance.

As such, Label Suisse provides an important stage for both performers and composers, making a visit to the festival even more exciting for its audience.

For a detailed programme and more information on the website of the festival:
www.labelsuisse.ch

SUISA is a sponsor of this diverse and exciting festival, which focuses on Swiss musical creativity.