Over the Easter period, it’s not just the palm trees and nice weather that make the Ticino attractive: Over a three-day period, you can get a good impression of what the Indie-Pop-/Rock scene has on offer in the Ticino. Text by Erika Weibel 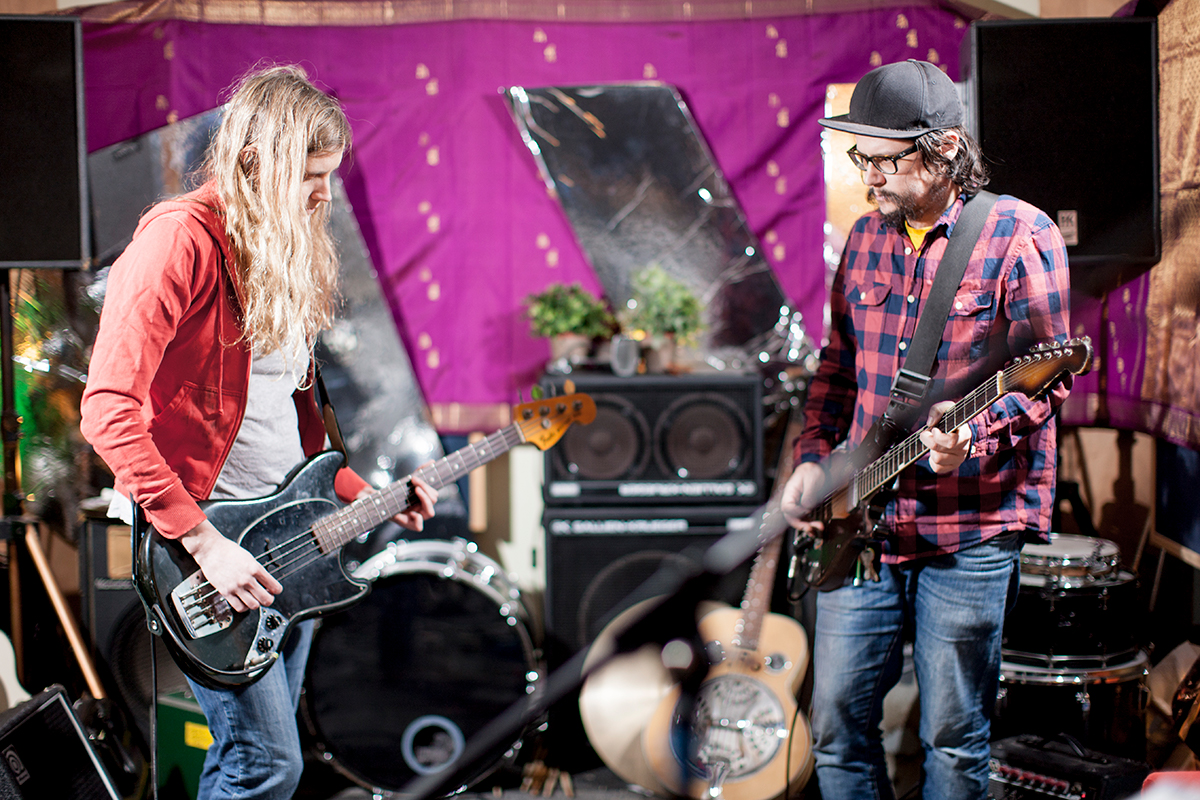 Barbara Lehnhoff (left) and Aris Bassetti (right) are mainly music creators and known for their projects Peter Kernel and Camilla Sparksss. Apart from that, they have their own label, On the Camper Records, and organise the festival La Tessinoise. (Photo: Robert Huber)

Last year, Ticino label On the Camper Records celebrated its tenth anniversary with a festival. For the celebrations, label founders Aris Bassetti und Barbara Lehnhoff invited music professionals from across Europe and organised several concerts in the Lugano area. The festival and the get together of music business and artists proved to be so successful that the organisers decided to continue the event under the name “La Tessinoise”.

As a consequence, many bands will enter the stages at various event venues around Lugano again this year, between 14 and 16 April 2017. While music creation in the Ticino takes the ‘centre stage’ in terms of focus, acts from other Swiss regions and from abroad are also set to perform. One thing that distinguishes this festival is that all bands will play new repertoire. Every evening, the audience will thus be able to listen to the première of new songs.

If you wish to enjoy some Indie music in Switzerland’s ‘sunny parlour’ and also want to meet people from the music business from all across Europe on an informal basis, you will have an excellent opportunity to do so in Lugano.

SUISA and FONDATION SUISA, SUISA’s foundation for music promotion, support the Festival La Tessinoise. On Saturday, 15 April 2017, at 10:30, SUISA holds a brunch during the festival – access is by invitation only.