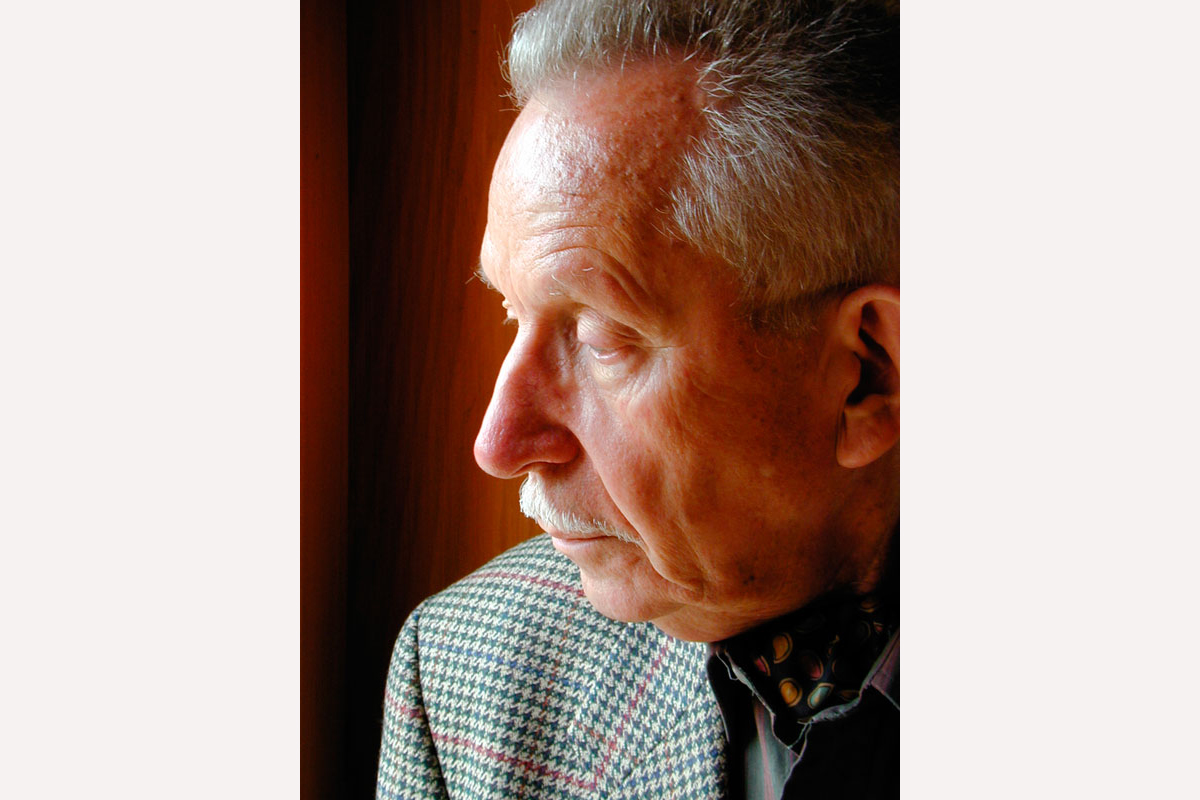 It is with great sadness that we received the news that Julien-François Zbinden had passed away. A highly esteemed honorary member and former president of SUISA (from 1987 to 1991) has left us at the age of 103. We shall always remember the sparkle in his eyes. The memory, still fresh, of his one hundredth birthday celebrated with a small circle of very close friends in the heights of Lausanne is still very much alive. What energy, what extra-ordinary force of personality. On that occasion, he stood up before his guests and gave a speech so very presidential and full of his customary wit.

Yes indeed – with his charm and conviction, Julien-François Zbinden will have marked Swiss music throughout many years. There is no need for reminder of the stylistic opening between classical music and jazz which he incarnated so well, nor of the exceptional work capacity of a man who lived for music. A man who had rubbed shoulders with the greatest: he had known Francis Poulenc, Igor Stravinsky, Clara Haskil, Django Reinhardt & Stéphane Grappelli, Fernandel and Juliette Gréco.

But he also marked SUISA very positively through his presidency and constancy. He would attend the general meetings whenever he could or, if his health did not allow him to do so, he would send us a note full of kindness and consideration. He came from a time where form and manner were guided by different codes than those practised today. A time far removed from the permanent deluge of information and demands of the present day.

Thus, conversing with Julien-François Zbinden was like piercing the veil of time and entering a lost dimension. His words were never nostalgic or distanced; on the contrary, the aviator he had been (he passed his pilot licence in his fifties) was always eager for new discoveries and experiences. His exemplary curiosity fascinated everyone he met. During his long and brilliant career at Radio Suisse Romande, he introduced his audience to every musical genre, rejecting compartmentalisation in every form.

His open-mindedness, capacity for dialogue and bridge building enabled him to succeed with brio in his presidential roles (apart from SUISA, he also presided the Swiss Association of Musicians from 1973 to 1979). Tributes are pouring in today, and quite rightly so. His presence, his care and attention, and his stimulating vivacity will be sorely missed in the Swiss music landscape.

Julien-François, our honorary member, will be with us for many years to come, alive in the memory of the rare quality of the exchanges he knew how to cultivate.