Skip to content
Text by guest author Rudolf Amstutz
Searching for her personal identity is the force that drives her creativity. It has enabled Jessica Plattner, alias Jessiquoi, to create a complete audiovisual work of art. The 31-year-old Bern resident says that she is brim full of ideas. Thanks to the Get Going! grant, there is no longer anything standing in the way of her goals.

“Once I am a grown-up, I would like to have a grand piano on stage,” says Jessica Plattner, laughing at her own turn of phrase. Needless to say, at 31 years of age, she has already been a grown-up for some time, but her statement also indicates that she sees herself as an artist on a path to further development that has not yet reached its end. And this is in spite of being one of Switzerland’s most impressive acts with her alter ego Jessiquoi. She composes and produces herself. She is responsible for the visuals, continually creating fantastic worlds, in which Jessiquoi reinvents, redefines herself with the aid of electro-sound environments that are sometimes aggressive, sometimes gentle.

“For me, identity is something that is fluid,” comments Jessica, quoting well-known drag queen, RuPaul: “You’re born naked. The rest is drag.” Then adding: “I believe that every person has the freedom to reinvent themself. Also, no justification is necessary if someone steers their life in a completely new direction. It is like in a video game, where each and every player can specify their own avatar.”

The quest for an identity is the creative driving force: in Jessica’s case, this has its roots in her extraordinary life-history. She was born in Bern. Shortly afterwards, her family emigrated to Australia. When she was a teenager, her father was offered a job at the Bern Conservatory, so the family moved back to Switzerland. This steered her still young career down other paths. Jessica had wanted to be a professional dancer and trained accordingly in Sydney. In addition, the Plattners spoke exclusively English at home. “If I had wanted to pursue my career as a dancer, I would have had to go to Rotterdam or Berlin. But I wanted to be with my family,” she says. “At the beginning, I felt like I was a foreigner in Bern and like I was being excluded. It was only when I started to speak the Bernese dialect that everything was suddenly OK.” The language came to her easily, her German teacher even giving her the nickname “tape recorder”, “because I could play back everything so perfectly,” she laughs.

The search for her identity in this strange homeland then led her to music – with dance falling by the wayside. “We always had a piano at home, but I never touched it in the beginning. I’d had lessons for a short time, but I hated them. Then I suddenly started writing songs of my own every day,” is the way she describes her musical beginnings.

But if the loss of her familiar environment was not bad enough, seven years ago Jessica suffered the most painful stroke of fate that anyone could possibly imagine. Her brother, who was two years younger than her, died. “We shared everything and were often even mistaken for twins,” she says before explaining how her brother inspired her interest in the world of video games and film soundtracks.

And it was precisely in these worlds where you can reinvent yourself that Jessica found her new home as Jessiquoi. “You could say that Jessiquoi is a fictional character, but in truth she is actually a different version of me,” she says and adds: “This character can also scare you, because Jessiquoi does not inhabit our fixed system of clear gender roles and national identities.”

On her albums, she now tells us about these strange worlds, in which the valleys are contaminated, so people flee to the mountain tops, and where pilots are able to fly in the direction of a better existence. On stage, she brings about this alternative existence all by herself. She has electronic instruments and a command centre for the visual effects on a wooden cart and dances, playing the part of Jessiquoi as absolute ruler of the stage, which is a place of self-determination and constant repositioning. Jessiquoi creates a complete artwork that is impressive thanks to its uncompromisingness, and with which she has also already drummed up enthusiasm in Seville and New York.

The wooden cart – or “trolley” as she calls it – is like a Chinese harp, which she plays live, and is reminiscent of Chinese culture, for which she possesses great affinity. “In the language school, one of my Chinese friends got me interested in her culture. And once when I was in China – it was three o’clock in the morning in Shanghai – I wanted something to eat and there was this old lady with a wooden cart on which she was cooking food. This old cart in the middle of this great metropolis: that’s an image I will never forget. I wanted to be this woman,” she explains, chuckling.

Self-determination with no ifs or buts, as well as the freedom to keep her own identity in a fluid state are things that Jessica sees as being essential for her art. “For me, the main job of an artist is to dream about the future of our civilisation anew or to make it visible, because this is what absorbs, analyses, criticises and reformulates the world and the people around them.”

Thanks to the Get Going! grant, nothing stands in the way of this exciting development. “I have had to finance myself by playing concerts, which meant I had less time to craft new songs. I now have my annual budget available at a stroke,” she beams. Where this journey ultimately leads her is totally open: “I don’t know what music I will be making tomorrow. It comes easily to me. But I will never let reasons of market strategy stipulate what my music must sound like. I am working on my identity. Me. Just me, nobody but me.” 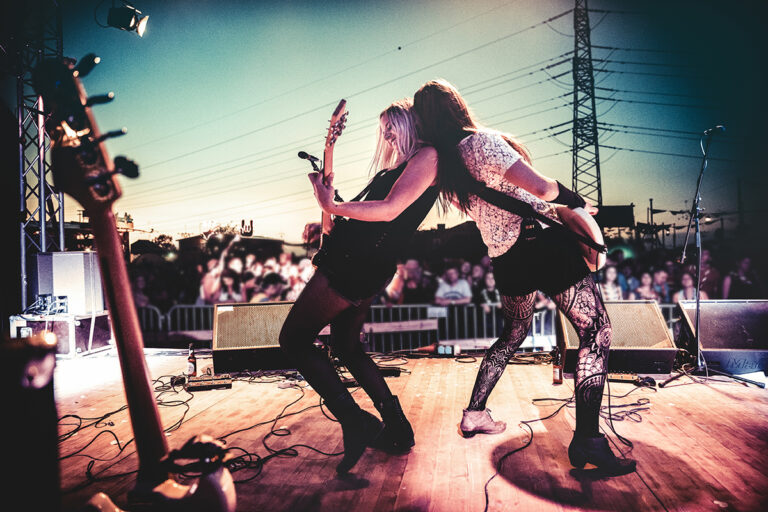 10 years of Helvetiarockt: Amplify the voice of women*

For the last 10 years, the association Helvetiarockt has been fighting for a better representation of women* in the music …
Music promotionMusic industryPop cultureSwiss musicSponsoringSwiss pop 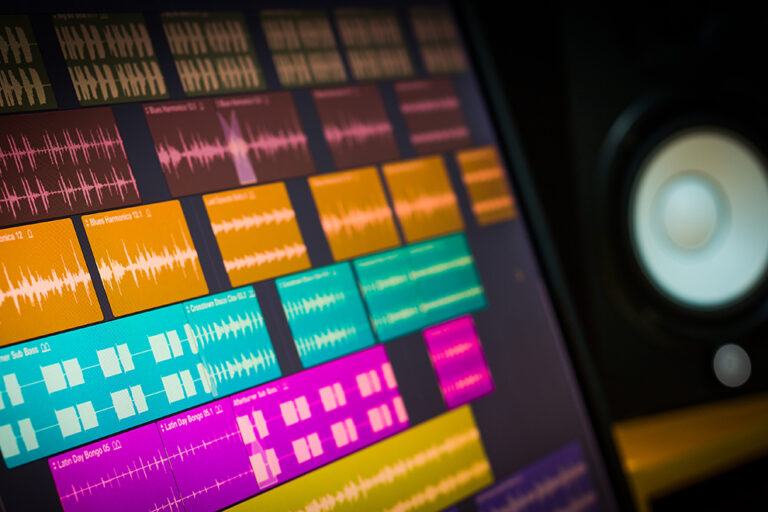 The beats from others – but your own songs

The melody is a catchy tune but the groove just doesn’t match. For days, you haven’t got rhythm while some …
CompositionLicensing agreementCo-authorAuthorWork registration 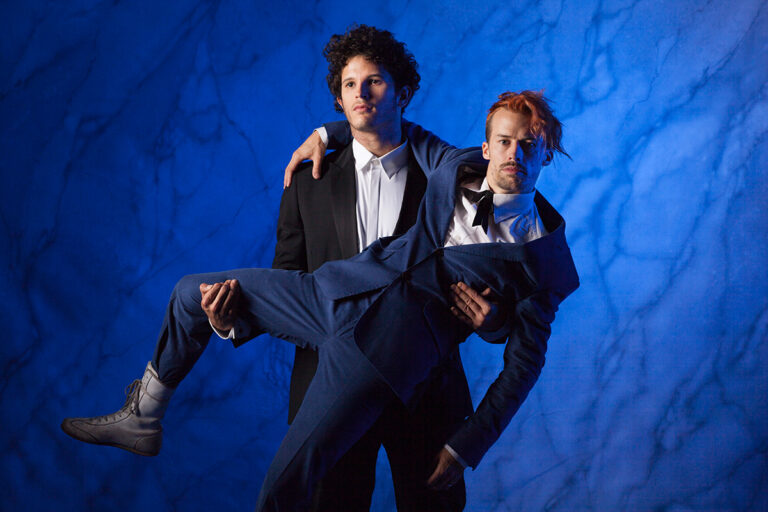 “Nothing, nothing at all beats a well-written song”

The international success with Bonaparte is the current highlight of the long-term songwriter career of Tobias Jundt. He penned several …
MembershipMusic exportMusic awardSongwriterSUISA memberSwiss pop