After a two-year test phase, hit box monitoring has been the basis for the distribution of remuneration for music on sound recordings since January 2014. Now, a first review can be made regarding this new system, both in relation to the data collected and the reactions of the members and owners of the clubs in question. Text by Nicolas Pont 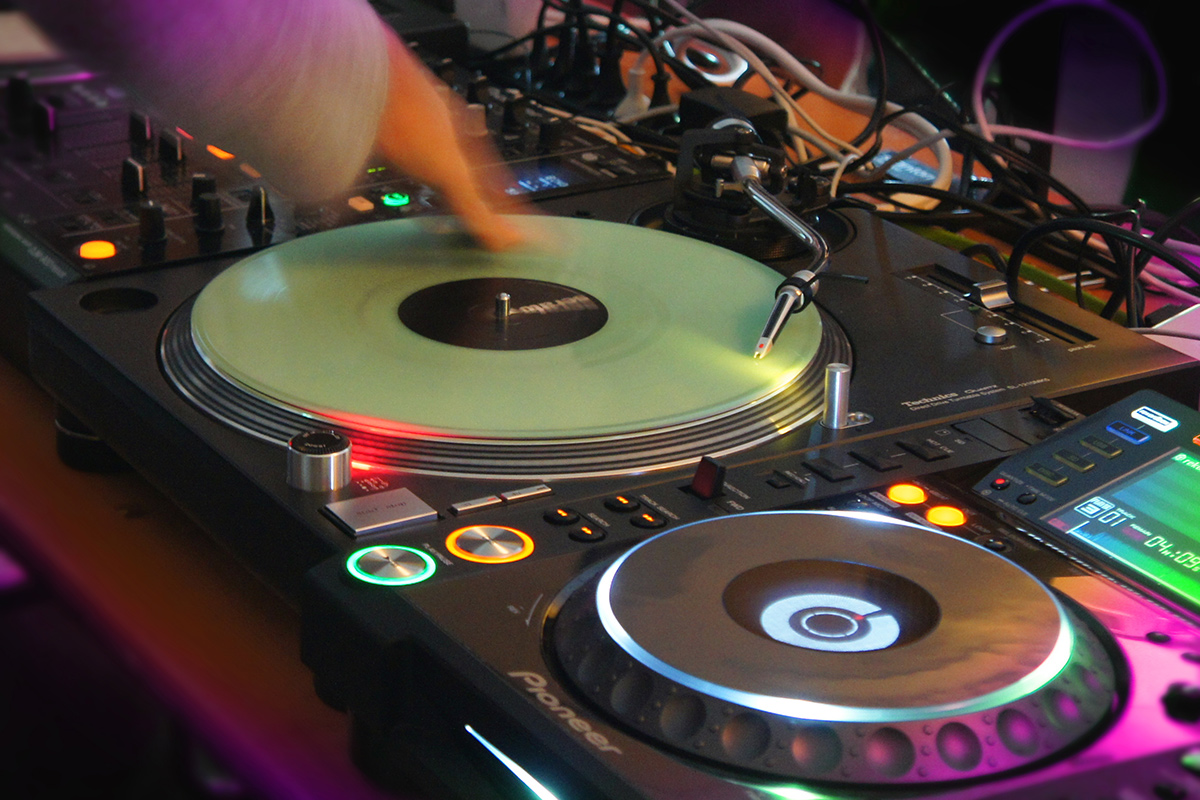 The aim of the revision of distribution category 12 which is affected by the hit boxes, as well the functionality of such devices have been explained in SUISAinfo 3.13 (in German, PDF, 730 KB). Just to clarify: Hit boxes are mainly used for the distribution of the copyright royalties relating to dance and entertainment events inside (discotheques) and outside of the hospitality industry (fairs, street festivals) i.e. at events where music is important but is not the only reason stated for attending.

If a DJ performs at a concert, the distribution shall be made, just like before, based on the programmes that are submitted by the artists and then forwarded by the organisers to SUISA. This also applies to festivals with electronic music such as the Electron Festival in Geneva. In total, about CHF 6m are distributed for entertainment events live and sound recording music per annum, arising from 13 different tariffs. The distribution for sound recording music is made on the basis of a data analysis by Yacast, a French system provider.

Aim of the hit boxes: a fair distribution of the remuneration to authors and publishers

For a representative selection of clubs which takes the different music genres and linguistic regions of the country into consideration, statisticians from the University of Zurich were involved. During the initial phase of installation, some club owners had reservations regarding the hit boxes. In the meantime, however, these reservations have mostly subsided. Admittedly, occasional technical problem during installation or maintenance of the hit boxes. Cables that do no longer work, or have accidentally been removed can be the cause for problems.

Other initial fears could be allayed or rebutted: In the beginning, some assumed that the box would also record personal conversations and thus could be manipulated to record the music of a smartphone instead of the music actually played in the discotheque. Verifications of test recordings showed, however, that private conversations cannot be heard. Furthermore, an external ambient microphone fixed to the hit box serves the purpose to prove the matching between the music recorded and the music that was actually played in the club.

The openness of the club owners vis-a-vis the hit boxes has to be applauded. Especially places where niche music is being played, help promoting local artists with such hit box installations and challenges those who accuse the monitoring system to favour majors and so-called mainstream music. The aim to allocate the collections as fairly as possible to the authors of the played music can be reached by selecting the most representative clubs possible, where monitoring takes place.

Yacast has committed itself by contract to guarantee a specific detection rate. This aspect was also thoroughly verified during the test phase. Since the hit boxes have been introduced two years ago, the detection rate rose to 96% in 2014 and to 97% in 2015. Furthermore, a system was introduced which provides members who doubt the recognition of their works with a direct access to the database of Yacast so that they can upload their audio files. In order to be able to do so, you need to register here.

Several members and users wanted to know the criteria upon which the venues had been selected where a hit box was installed. They also asked for a list of such venues. SUISA was not able to satisfy this request. It has to be able to guarantee that the monitoring system cannot be manipulated. If the places where such hit boxes are installed were to become known, there is a possibility that performance venues could be selected and targeted based on these details. As a consequence, the representative character of the data and thus the distribution of the collections would be manipulated. It is not the aim to avoid transparency or to mask the data, but to guarantee a confidentiality which is indispensable for the smooth functioning of the system.

Nevertheless, the following details can be provided: In 2014 and 2015, 43, resp. 45 of the approx. 500 clubs and discotheques in Switzerland were equipped with a hit box. The recordings are not made on a continuous basis but at alternating points in time, which are not evident due to the installation in the club to anyone. The varying times of the recordings and recognition is another measure to ensure that the system cannot be manipulated. An average of 6,000 hours of music are recorded each year, and were allocated to nearly 30,000 works.

The Swiss is a music import country, SUISA distributes about half of its collections to rightsholders abroad. When SUISA decided to begin a distribution based on the hit boxes, it was acutely aware of the fact that this tendency could be confirmed. It was, in fact, the case, but to a much lesser degree than anticipated, and with a few surprises in waiting. One example is the title “Jung verdammt” by the Berne band Lo & Leduc, exclusively consisting of SUISA members. This title was among the ten most played titles and was way ahead of Beyoncé’s «Crazy in love».

One of the reasons for using the hit boxes is that the old system, based on programme reports, led to misuse and also had gaps. Reports had previously been submitted concerning music events in clubs which had ceased their operations many months before. That way, a significant share of collections went into the pockets of rightsholders that may have been SUISA members, but only authors ‘on paper’ – at the detriment of those artists – including Swiss artists – whose works were actually played.

The hit boxes cannot be installed all over Switzerland due to financial considerations, and it is possible, that certain performances cannot be captured. Thanks to today’s system, there is more information available than there was with the manual reports of DJ programmes in the past. The remuneration can thus be distributed in a fairer way. In addition, the previously high costs for “manual” handling of data can be reduced.

Today, where each customer can use their smartphone to recognise titles and artists of works played in a disco, it is no longer contemporary and plausible to base the distribution of copyright remuneration on paper reports. Even more so, when the collective management organisations explicitly demand the development of electronic processing systems, in particular in the context of the copyright review.