A wide-ranging list of topics was on the agenda for discussion at the meetings of the SUISA Board on 28 and 29 September 2020. For the first time after the disruption caused by corona, a part of the meeting participants met in Lausanne while respecting the protective measures in person, while some members of the Board of Directors joined via videoconferencing from their home office. Report from the Board of Directors by Andreas Wegelin 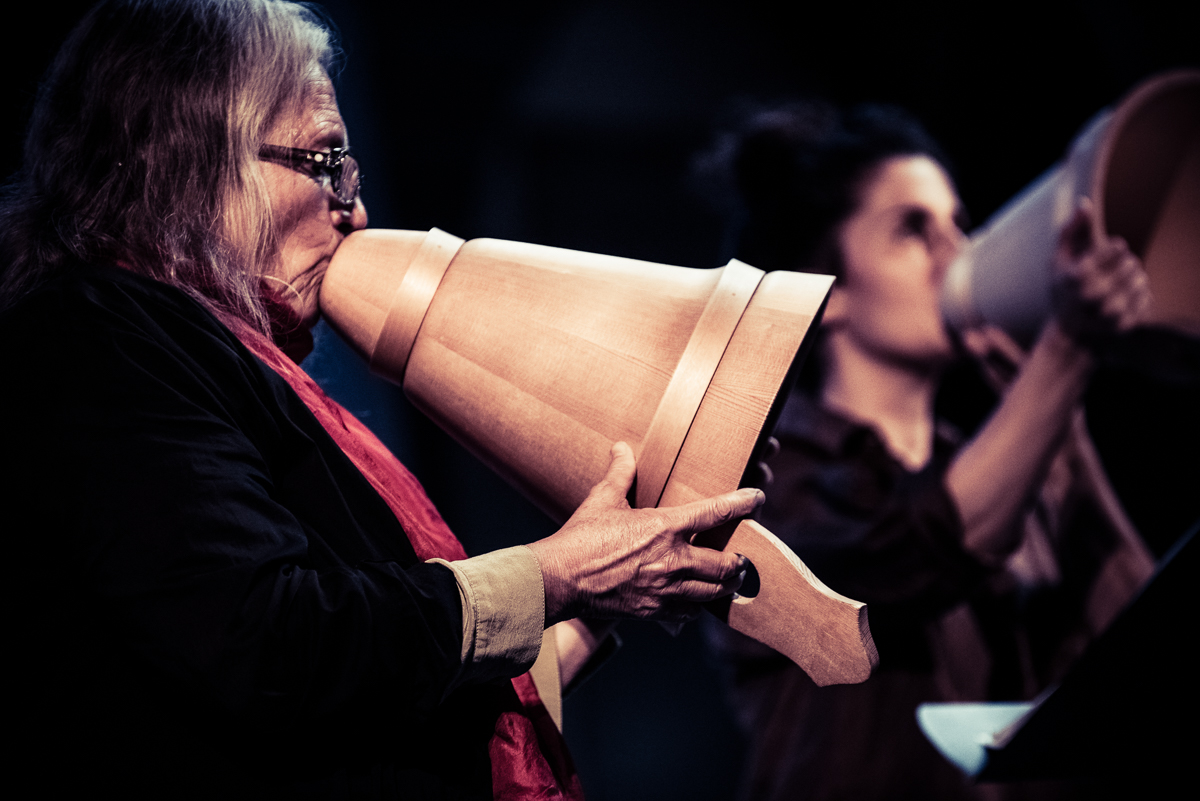 Snapshot of the Label Suisse Festival 2020 in Lausanne (to be seen in the picture: Corin Curschellas and Ursina Giger from the trio La Triada). The rights management monopoly of SUISA has a central significance for the cultural development and promotion of music in its entire diversity in Switzerland; that is the persuasion of the SUISA Board of Directors. (Photo: Tabea Hüberli & Dirk Hoogendoorn)

The Board of Directors took note of the fact that the situation regarding the collections in the crisis year have, so far, remained stable compared to the assumptions made in April. Expectations made in the corona budget that had been created in the spring during lockdown were even slightly exceeded on the collections side. Nevertheless, it is very likely that SUISA will close its 2020 financial year with a decrease in income of about 25% compared to the previous year. The expenditure so far is also within the economy budget, and at 12.7% less expenses even better than anticipated.

Christoph Trummer, Head of Political Projects at the Professional Association of Freelance Musicians, Sonoart, informed the Board members about the current state of affairs and the future development of the support measures for music creators. It shows that the cultural associations managed during the covid-19 crisis to take a joint and persistent stance vis-à-vis Parliament, but also offices and authorities, to speak with one voice and to obtain the support for creators and artists that is so urgently needed.

Expenses per tariff from collections to distribution

A rather pleasant result of the cost unit calculation was presented. Said calculation shows how high the expenditure per tariff is from collection to distribution. As a matter of fact, expenses are not the same for all tariffs, depending whether we must issue invoices to many individual customers or just a few, and whether the market survey and coverage is costly.

The costs for the collections and the distribution of copyright remuneration for concerts are, for example, lower than for events held by clubs or associations. In the former case, we often deal with professional event organisers and promoters who usually are aware of their duties when it comes to authors. In the case of events held by associations, sports clubs or office parties the people in charge organising these events often have to be made aware of their obligations.

Cost shares overall did, however, fall per tariff in the survey year 2019. This is because higher secondary income from securities income could be used to cover a large part of the costs. The SUISA Executive Committee is going to continue to explore all possibilities to process collections and distributions in a more cost-effective way. An important element for this shall be the continued automation of the licensing process: Event organisers and promoters shall be able to send online notifications for their events, in an uncomplicated manner. If they do not do so, the system is set to find events on the basis of key word searches and initiate the collection process.

For the subsidiary Mint Digital Services, the SUISA Board of Directors approved the hypothecation of a securities depot as a guarantee, instead of the guarantee of surety planned for the summer for the licensing of large publishing catalogues.

The Board of Directors is, pursuant to the Articles of Association, responsible for the financial matters of SUISA. In general, the monies are supposed to be invested for the period which lies between the time of receipt of payment from the licensees until the distribution work has been finished and the payments have been made to rights owners. The investments are made on the basis of regulations. Due to the initiative of a member of the Board of Directors, this set of regulations including “security” and “reasonable return of investment” was extended by the criterion “sustainability”.

SUISA turns 100 in 2023. The first preliminary preparations and planning work for the anniversary were launched. Inspired by a suggestion of the SUISA Communications Department, deliberations were made how the round birthday of the cooperative could be celebrated adequately. Possible jubilee projects are set to be worked on further.

Furthermore, the Board took note of a legal expert opinion on SUISA’s monopoly position and its future on a licensing market for copyright which has begun to open up. The rights management monopoly has already disappeared in the online rights sector. Latest developments show that SUISA is also facing increased competition in other rights management areas such as by foreign agencies which directly license concerts that take place in Switzerland. In the meantime, SUISA remains, due to the statutory provisions, obliged to a large degree to manage the rights belonging to its field of activity as comprehensively as possible, the expert opinion states.

The Board of Directors holds the view that the rights management monopoly of SUISA needs to be strengthened because it has a central significance for the cultural development, the promotion of music in its entire diversity in Switzerland for authors, music promoters and for consumers. The Executive Committee was tasked to take the necessary measures to inform the authorities and the public.