In 2014, SUISA has collected approx. CHF 13m on the basis of the common tariffs from private copying levies, of which about CHF 6.5m can be apportioned to SUISA members. The distribution of such revenue is made on a lump-sum basis, as there is no programme material. Here is an overview how SUISA distributes the private copying levies. Text by Irène Philipp 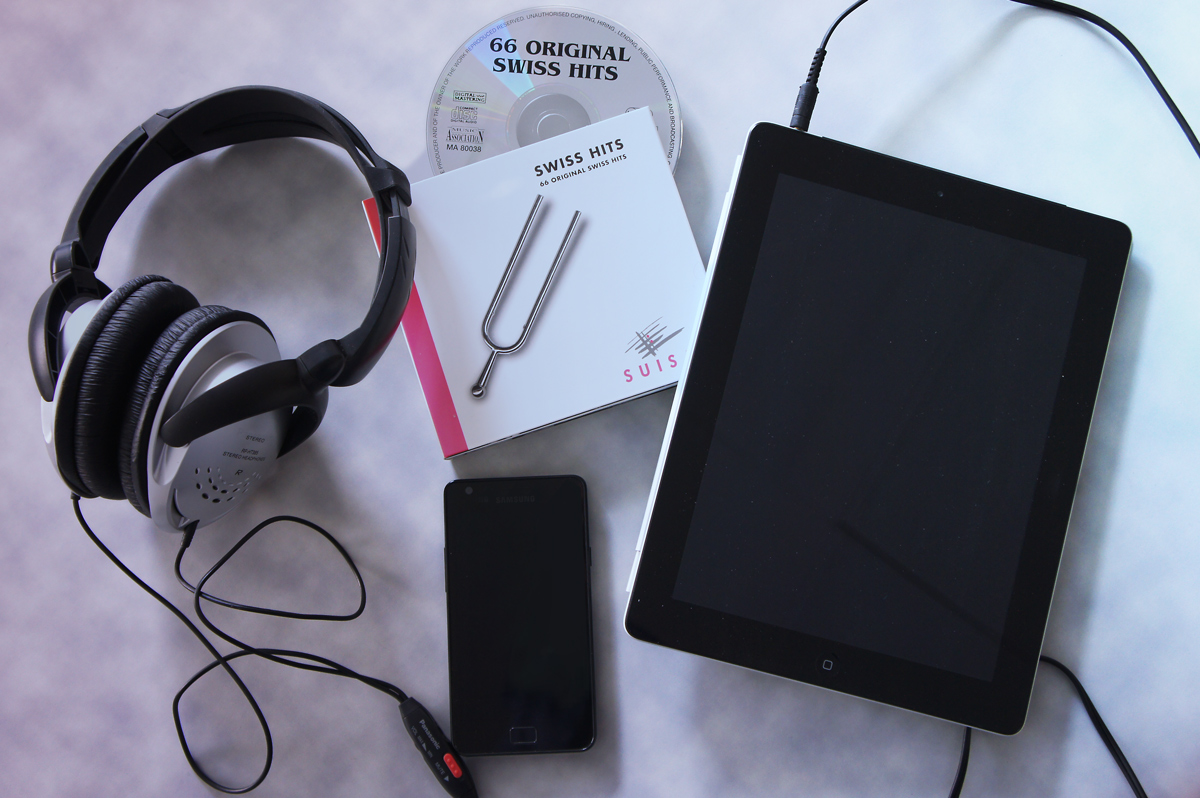 Mobile phones and tablets allow consumers to make copies of music for private purposes. Manufacturers and importers of such devices therefore pay a levy which SUISA distributes to composers, lyricists and publishers. (Photo: Manu Leuenberger)

The levies for private copying are jointly collected by the five Swiss collective management organisations, ProLitteris, SSA, SUISA, Suissimage and Swissperform. The levies are paid by the manufacturers or importers of the recording and storage devices. These levies are set out in the common tariffs 4, 4d, 4e, and 4f.

Which tariffs are applicable?

Since 1994, there is a tariff for audio and video tapes which governs the levies for blank tapes. Following the technological developments, further levies were added during the subsequent years. In addition to the CT 4a for blank tapes, further tariffs for blank CDs and blank DVDs (CT 4b and CT 4c) as well as for digital data storage media in mp3 players, HD recorders etc. (CT 4d) were created. The generic term “blank media levy” was introduced.

The market relevance of tapes, CDs and DVDs has decreased in recent years. As a consequence, sub-tariffs CT 4a, 4b and 4c were combined. For said media, tariff CT 4 has been in force since 2014 (blank media levy). Tariff CT 4d (digital data storage media) has been kept. Other new tariffs are those for digital storage in mobile phones (CT 4e) and tablets (CT 4f).

The blank media tariffs are negotiated on a regular basis. During such negotiations, the level of levies are determined based on current data and prices. If new recording and storage media allowing the copying of music, videos etc. for private purposes, are launched, new tariffs are determined and negotiated.

Levies for private copying are based on the Swiss Copyright Act. Legal bases and references are shown in the box at the end of the article. According to the law, you may, as a consumer, copy anything for yourself, close friends and relatives, irrespective which source the original comes from. Manufacturers and importers of e.g. smartphones and tablets are charged with a levy for end consumers to have this freedom to make copies. You can store copies of music pieces on these devices. This makes the devices more attractive, which, in turn, makes manufacturers and importers whose turnover comes from the sale of such products benefit from that. However, it is important that those that provide the source material for the copying, also benefit from it: authors and artists of the music, film makers, writers etc.

How does SUISA distribute its collections?

SUISA basically applies two different distribution possibilities: On the one hand, there is the direct distribution, on the other, the lump-sum or blanket distribution, with the latter being possible to be executed with or without programme material.

In the case of the direct distribution, copyright remuneration can be directly distributed onto the available programme material (work lists). This is also possible for concerts, for example: If songs by five rightsholders are performed during a concert, the five rightsholders receive the collections that were made for this concert.

In the case of the lump-sum or blanket distribution with programme material, the remuneration for the rightsholders is calculated on the basis of a point value per minute. For SRG broadcasts, for example, SUISA obtains a lump-sum payment on the one hand and detailed broadcast reports on the other hand. Due to the broadcast reports we know how many minutes of music have been played in total, plus exactly how long each work has been played. Based on the relevant data, a point value per minute is determined and the remuneration is then allocated to the rightsholders of the played works.

A lump-sum or blanket distribution without programme material is applied in the case where collections were made based on tariffs where the details on the actually used works are not available, resp. where it is not possible to establish them. The distribution of such income is made on the basis of existing programme material from various sources. The exact allocation of the money is specified in the SUISA distribution rules in detail.

The SUISA share of private copying remuneration amounted to approx. CHF 6.5m in 2014. Said collections were distributed based on the principle of a lump-sum or blanket distribution without programme material. No work lists are available for private copying; apart from an undesirable intrusion into the consumers’ private spheres, the effort involved in such a survey would be prohibitive. Collections are therefore allocated to so-called distribution categories where programme material has been received.

More specifically, the monies are allocated to the following distribution categories:

In the course of the negotiations for blank media tariffs, various studies and surveys were made to capture the private copying behaviour of users. Said information has had and still has an influence over the form of the tariff and also the rules of the distribution.

For tariffs CT 4e (storage in mobile phones) and CT 4f (storage in tablets), the remuneration is calculated independently of the storage capacity of the devices. With regards to the collections for these tariffs, a distinction between audio and video cannot be made as the memory contained in the devices can be used for the storage of audio as well as audiovisual works. In the case of tariffs CT 4 and CT 4d such a distinction is, however, possible.

Before the income from the new tariffs for mobile phones and tablets can be distributed, it is necessary to amend the SUISA distribution rules accordingly. The change to the regulations has been approved by the SUISA Board and is currently being authorised by the supervisory institution, the Swiss Federal Institute of Intellectual Property. For the time being, one can only wait for its decision.