Tips and reflections on modern song structures by successful songwriters as well as other music industry representatives at the SUISA panel “How streaming is changing songwriting” in the course of the M4music festival on Saturday, 21 March 2020, at Moods. Text by Erika Weibel 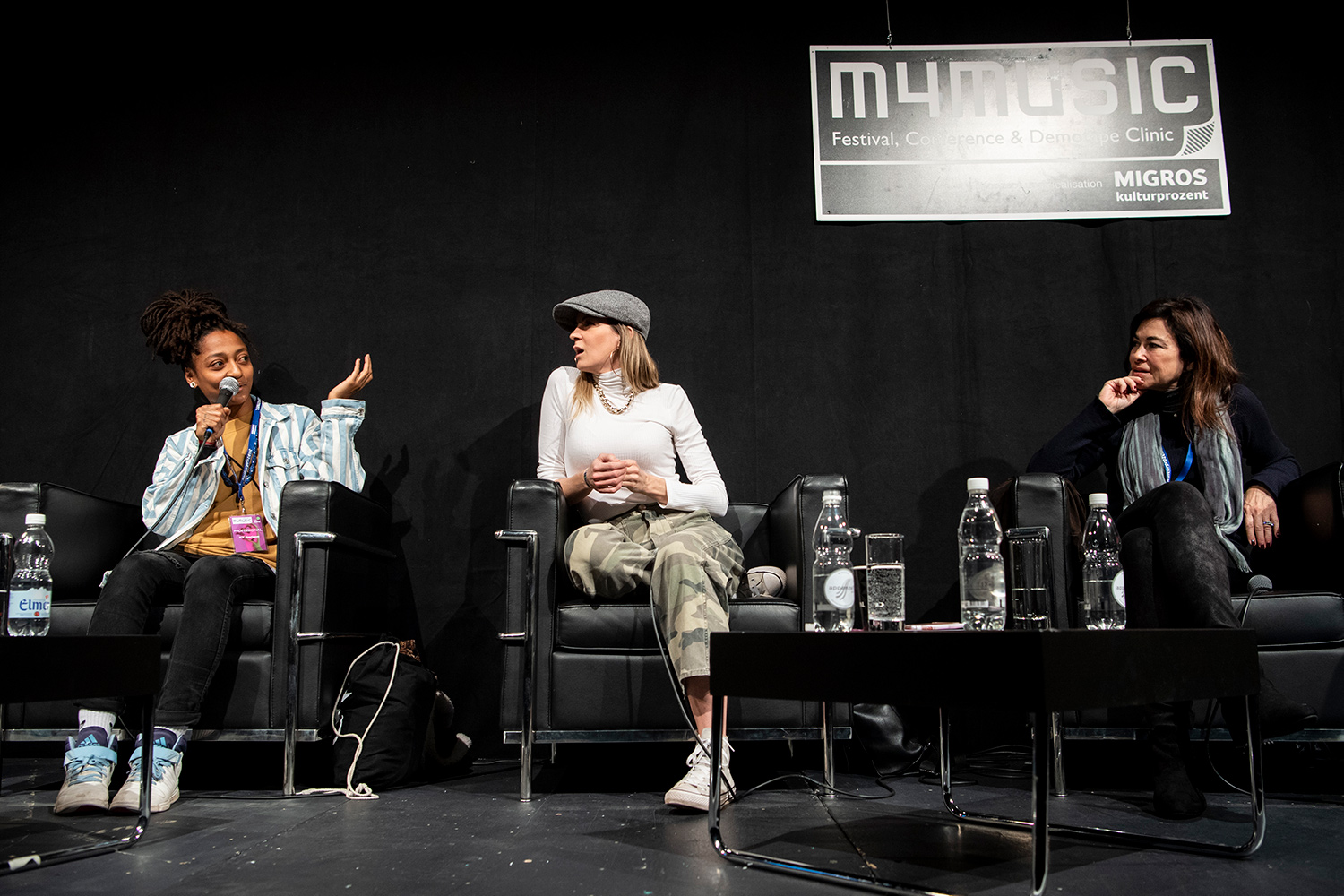 KT Gorique, Laurell Barker and Shelly Peiken (f.l.t.r.) talking about songwriting at the SUISA panel “Hit the world / this is how international hit composers work” at the 2019 M4music festival. (Photo: Ennio Leanza / M4music)

Even the most creative songwriters go unnoticed if they are not able to get their music heard. In a highly competitive and oversaturated sector, songwriters need attract attention. They must stand out from countless other professional authors. Especially in the pop/urban genre, you must win over an audience whose listening behaviour is strongly influenced by music consumption via streaming services.

On the occasion of the SUISA panel at the 2020 M4music festival, successful songwriters are going to discuss with people from the music business what a song needs to sound like in order to satisfy the taste of the increasing streaming audience or to even win it over.

The SUISA panel “How streaming is changing songwriting” takes place on:
Saturday, 21 March 2020, between 1.45pm and 3.00pm in the Moods, Schiffbau in Zurich.

The big challenges of the new era

Spotify founder, Daniel Ek, said in April 2019 that nearly 40,000 tracks per day were uploaded to the Spotify platform. A projection of these figures would result in 280,000 songs per week, 1.2 million tracks per month and a whopping 14.6 million per year. To stand out from the masses is a huge challenge.

A potential springboard for songwriters could be to be included in a curated playlist. Songs in a curated playlist are grouped in order to appeal to a specific audience – this means more listeners, more “shares” and more income for the rights holders. It also entails a better chance that a song stands out to a “music supervisor”, i.e. People who look in those playlists for songs to be used in current TV and film productions. It is, however, only a small part of the published songs that manage to make it to the playlist.

Another new challenge brought about by streaming is also that music creators only get their royalties if their song has been streamed for 30 seconds. The listeners must, after all, not ‘bail out’ from listening too early, otherwise there’s no money. On top of that, the rule for radio or TV is: the longer the song the higher the income. In the case of streaming this is different: You get paid per stream.

How much do these new game rules affect composers? Will there only be short songs without intros that build them up and instead, catchy hook lines from the first beat? What role do song lyrics play today? How does a song need to sound in order to be included in a playlist?

Come to the SUISA panel and join our discussion!