217 composers, lyricists and publishers of music have taken part in the SUISA General Assembly on 24 June 2016 in Berne in order to execute their right of co-determination on their cooperative. In addition to the guest speech by SRG Director General Roger de Weck, the foundation award ceremony and the composer in residence allocation of the FONDATION SUISA, the amendment of the Pension Fund Regulations was the central issue. 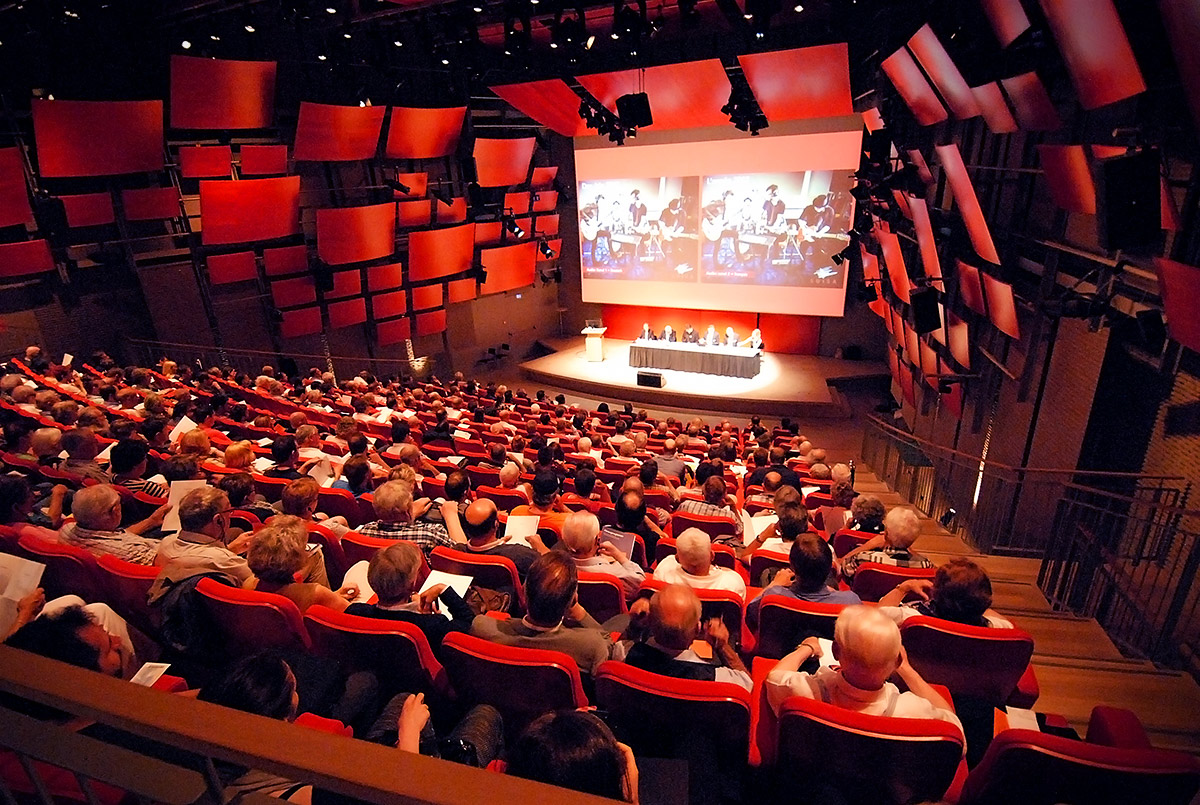 In the auditorium of the Paul Klee Centre in Berne, approximately 280 members and guests gathered for SUISA’s General Assembly 2016. (Photo: Manu Leuenberger)

That’s how co-determination works: The ballots had already been counted in the auditorium of the Paul Klee Centre in Berne, when one SUISA member demanded a repetition of the vote. Many people in the auditorium had apparently not been aware whether the yes or no votes were counted in relation to the revised pension regulations. The vote was therefore repeated without further ado.

Members decide on their cooperative

That’s how a cooperative works: SUISA, the Cooperative Society of music authors and publishers belongs to its members. And they decide in the General Assembly whether the annual report for the previous year will be ratified, which auditing company will be in charge of SUISA’s audit, whether the SUISA Board will be granted a formal approval of its actions – or, as in this case, whether the revised version of the Pension Fund Regulations will be approved.

Members entitled to vote have finally approved the revised version of the regulations. The new Pension Fund Regulations are more modern and have been adapted to reflect today’s legislation. The most important change affects future changes to the regulations. What’s new is that the foundation board, i.e. the SUISA Board will now be responsible for this.

Guest speech and awards by the FONDATION SUISA

In his guest speech, Roger de Weck, Director General of SRG, told SUISA members and guests among other things how important the collaboration between SRG, SUISA and the artists for the promotion of creating music in Switzerland was.

Music promotion in Switzerland is also supported by the work of the FONDATION SUISA, the music promotion foundation by SUISA. Urs Schnell, the Director of the foundation, honoured the winner of this year’s foundation award, Franz “Fränggi” Gehrig in his speech. The award, valued at CHF 25,000, had the category “new, current Swiss traditional folk music” this year. As Fränggi Gehrig could not take part in the General Assembly, the official award ceremony will be held at the “Stubete am See”, the Zurich festival for new Swiss folk music.

FONDATION SUISA also honoured the Basel pop musician James Gruntz. He received the composer in residence allocation from the foundation. It is worth CHF 80,000 and enables the young artist to work undisturbed and financially independent on his music.