Skip to content
Text by guest author Rudolf Amstutz
Cécile Marti is one of the most outstanding protagonists of contemporary music in Switzerland. In her work, the composer and sculptor tries to combine different forms of expression to make an impressive separate entity. In the near future, hopefully ballet will also be added to the dialogue between sound and sculpture. FONDATION SUISA is supporting the artistic vision of this Zurich resident with a Carte Blanche grant of 80,000 Swiss francs.

Under normal circumstances, it is true to say that people should separate the work of art from its creator. In Cécile Marti’s case, this is hardly possible, because one single day in her life not only compelled her to bury her great dream, but ultimately, after a long period of heartache, took her down the path leading to artistic success today.

The uncompromisingness with which the now 45-year old from Zurich follows her artistic vision, was also quite distinct as a young girl: “From a very early age, I knew I wanted to be a violinist. A violinist and nothing else.” She started playing the violin at eight years of age, closely followed by the piano. One thing became clear when she heard violinist Bettina Boller at a concert: “I wanted to have lessons from her.” Faith can move mountains, so the young Cécile became the only one receiving private tuition.“This period was like some kind of musical earthquake for me”, raves Marti. “Bettina Boller brought me closer to new music. When I was 12, I heard Alfred Schnittke, after which it definitely became clear to me: I had to go to the conservatory and the violin would become my sole focus in life.”

Marti lowers her eyes for a few seconds, before carrying on with her story: “At 17, I started teaching myself and at 18, the conservatory and orchestral projects from Mahler to Bruckner followed. It was splendid. Then I hit 20 and disaster struck!” Marti suffered a stroke and became paralysed down one side of her body. Overnight: it was all over. “I refused to accept it and tried every conceivable therapy over a period of three years. I fought it until I had run out of strength.”

Marti banished the violin to the loft and would not listen to music for five years. “The wound was far too great.” During this period, as she puts it herself, she felt like she was “lost in the desert”. Until one particular moment when her subconscious started talking to her. “I suddenly heard music inside me. And I then began to write it out. That was the start of my career as a composer.”

She began her studies in composition with Dieter Ammann and for the first time encountered the concept of responses to the passage of time. Meeting the Austrian composer Georg Friedrich Haas during her studies suddenly opened up a new dimension to her when it came to developing her own work. In contrast to Amman, Haas practised a method for dealing with the passage of time that was previously unknown to Marti. “It allows an undetermined amount of time for an idea, until the point at which it is fully exhausted. And then this idea slowly attaches itself to another one. This slow way of handling things fascinated me. And from it come a completely different way of hearing things and sense of time.”

With hindsight, it is certainly no accident that Marti felt herself captivated by the possibilities offered by the most varied of responses to the passage of time. And it is most likely not by chance that she started her work as a sculptor at the same time that she started composing music. The period of her life precipitously interrupted by the stroke, which ultimately led to something new, and the natural stone, which was transformed into a perfect sculpture thanks to lots of strength, perseverance and willpower, undeniably link the dialectics between biography and artistic debate.

It also explains the path taken by Marti, which is quite different to the notion of a traditional career. “Under normal circumstances, you are commissioned by someone to compose a piece. I predominantly followed by own ideas”, she declares affirmatively. Right from the beginning, her doctorate supervisor in London expressed concern about her composition plans (Marti obtained her PhD with a thesis on musical responses to the passage of time). “He said: ‘What you have written is like a shot in the dark’”, she explains smiling.“‘You’ll probably not find an orchestra willing to play it.’” He was referring to the orchestral cycle “Seven Towers” in 7 parts, for 120 musicians and lasting 80 minutes which SOBS (the Symphony Orchestra of Biel & Solothurn) premièred in 2016 in Biel/Bienne and since its genesis has also been played by the Bern Symphony Orchestra, Geneva Camerata and the Basel Sinfonietta.

In this breathtaking (in its truest sense) work, the orchestra as a whole reminds you of a sculpture which can be experienced in many different ways. “People say to me that when they listen to my music, they feel sculptural and in fact I think it is very gestural and formative. I am fond of the idea that people can view things from the most varied perspectives and that there actually exists an interaction between my sculpture work and my compositions.”

Cécile Marti wants to expand this interaction with a new project, namely a ballet. The idea came to her three years ago when she saw the choreography of the Canadian, Crystal Pite, in a London theatre. “It was like a lightning strike for me”, enthuses Marti. “Up to that point in time, I had never seen a dance performance where I immediately had the feeling that I wanted to cooperate with this choreographer.” According to Marti, Pite does with dance exactly what she does with music. “She also works in a sculptural manner and with the aid of large groups. She then forms this mass in all conceivable directions.”

The fact that Pite was keen on the project, but as the shooting star of the dance scene is fully booked up until 2026, has not put Marti off following up the idea. During her music-free period, she filled dozens of diaries, which are not only the legacy of a gloomy time, but which also describe the start of a new life. This writing should form the basis for a dramatic autobiographical ballet, the likes of which the world has never seen before.

Whether or not, in the case of the ballet, the first part of which had been premièred in concert in Warsaw in September 2019, or the second string quartet, which premièred in the same month and the title of which was “Sculpted in stone”, already point to the presence of 26 stone sculptures, the manifestation of the passage of time stands centre stage of Marti’s work, which is both creative and exploratory. Consequently, she is continuing working on the “Seven Towers” concept to make this also physically experienceable in sculptural form in future.

The Carte Blanche award from FONDATION SUISA will now make it possible for her to further develop this objective without any pressure. “Quite simply, Carte Blanche funding is the best gift you can ever imagine”, she enthuses. “I pursue ideas with my heart, even though they might actually look unpopular on paper. However, my work has to be precise in terms of content and as authentic as possible. And as a result, time pressure is of no consequence where I am concerned.”

The great misfortune, which struck Marti at just 20 years of age, must have felt like a black hole into which all matter disappeared. Far more impressive is the “big bang” which took place after years of darkness, and out of which she created a completely new, unique universe which had not by a long shot been researched in every nook and cranny.

FONDATION SUISA started awarding new grants in 2018. “Carte Blanche” funding of 80,000 Swiss francs, which is not announced, but awarded once every two years directly by a panel of experts, is aimed at enabling music makers to concentrate on their further artistic development without any financial pressure. 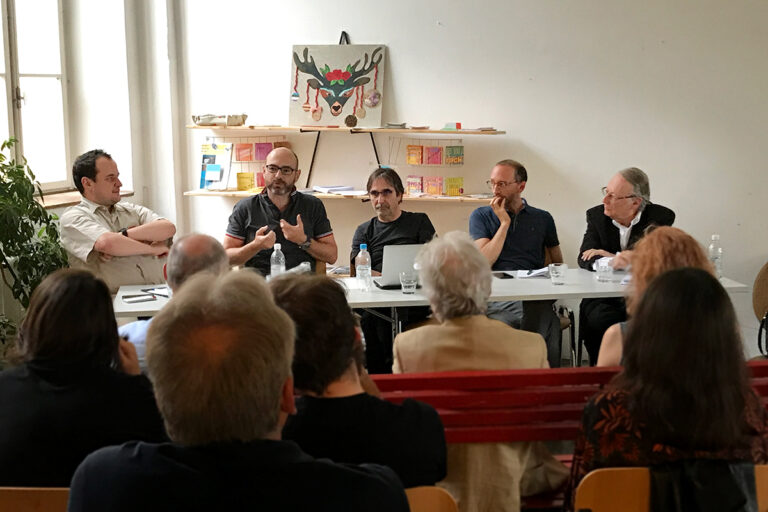 Creating music in the era of contamination

A discussion on the deceptively simple theme of ‘contamination in music’ provided much food for thought, reaffirming the desire to …
DiscussionJazzComposer panelCompositionSponsoringTicinoContemporary music 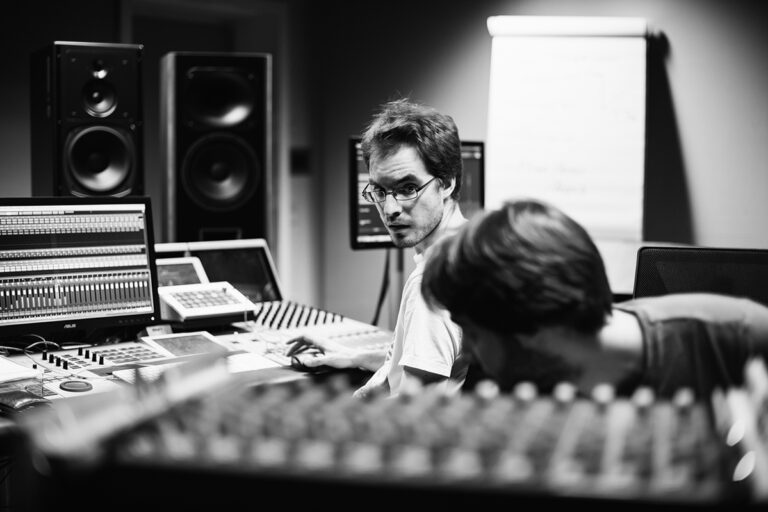 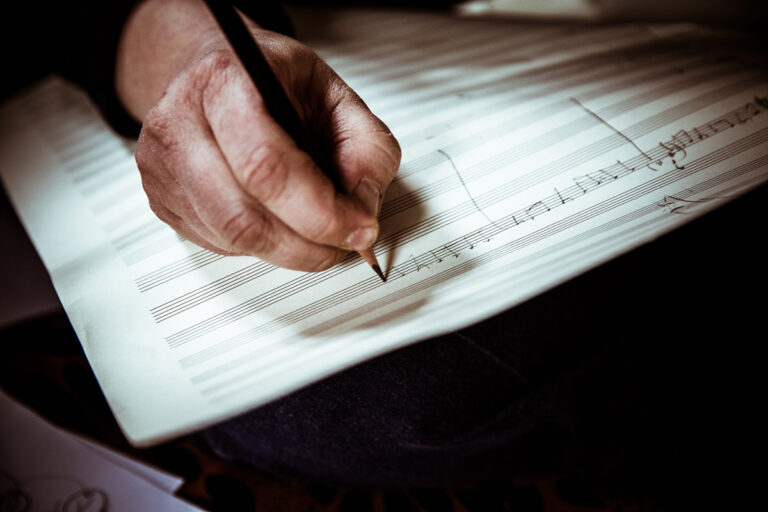 Arrangement of works in the public domain