Copying music, videos and e-books on a smartphone for their personal entertainment – A freedom consumers have enjoyed for a long time. Authors have not enjoyed fair play on smart phones until now: Thanks to tariff CT 4e which has now finally come into force, rightsholders receive a remuneration from the device manufacturers and importers. Vincent Salvadé, deputy CEO of SUISA, answers questions on the new tariff for smartphones. 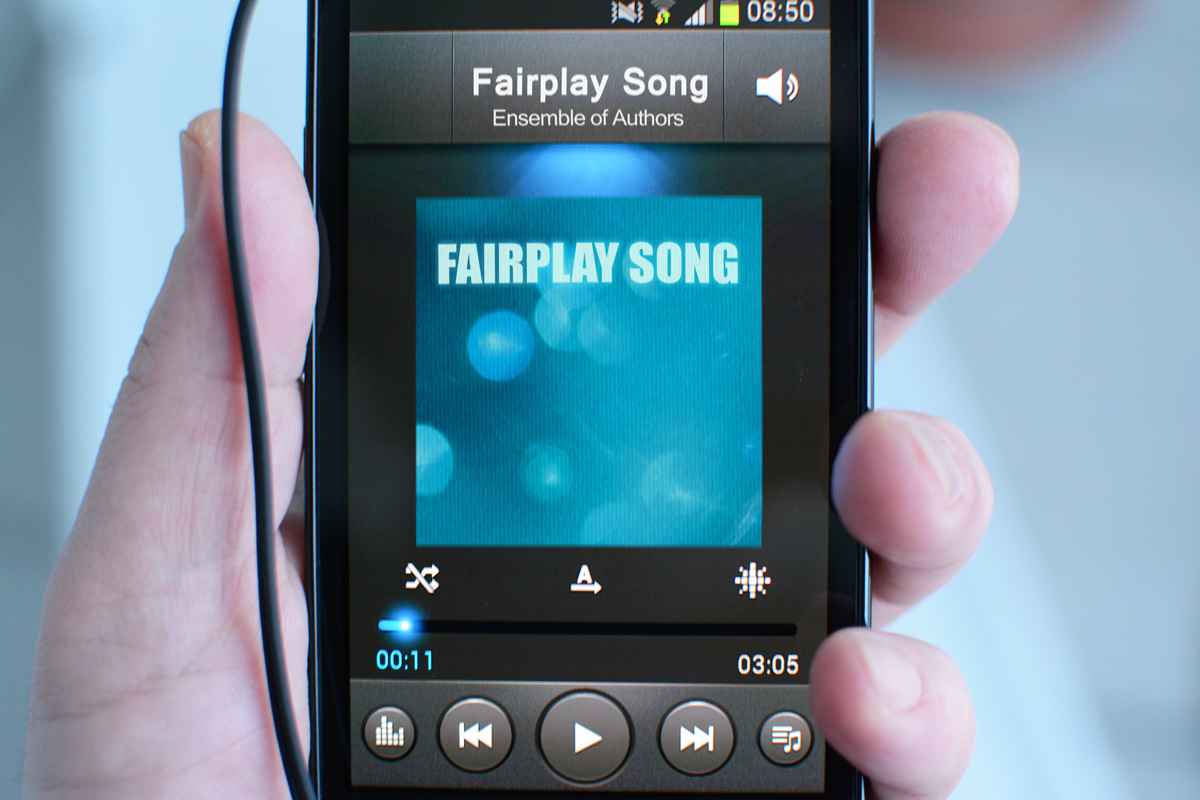 Smartphones as mobile jukeboxes: The devices enable consumers to copy protected works for private purposes. Authors of these works now receive a payment based on the blank media levy. (Photo: Manu Leuenberger)

Vincent Salvadé, a levy now has to be paid for smartphones. Who is paying it? Will smartphones become more expensive now?
The levies are paid by the manufacturers or importers of the smartphones. Of course it is up to them whether they shift the levy onto the retail price. Let’s take a look on the price ratio: For devices with 64GB storage, the listed price is around CHF 900. The authors’ remuneration for this storage size amounts to CHF 3.84. This is less than 0.5% of the listed price. VAT and exchange range fluctuations, are, however, examples for factors that impact on the calculation of the sales price for the devices much more than the actual blank media levies. Experience has shown that a remuneration for authors has no significant impact on the end consumer price.

Why does SUISA ask for money at all whenever smartphones are being sold?
Smartphones can also be used to make copies of music, videos etc. for private purposes. In Switzerland, making private copies of works protected by copyright is permitted. In return, the law provides for a remuneration to be paid for the recording media. There are some who are already criticising this system. Swiss consumers, however, benefit from the following advantage: They have the freedom to make copies of copyright protected works for private purposes. The remuneration for the authors is paid by the industry, i.e. the manufacturers and importers of the recording media.

Also worth mentioning: Smartphone levies are charged by all five Swiss collective management organisations. SUISA takes over the administration of the tariff for the repertoires of the other societies.

The remuneration in the tariff as it has now been approved for the period 2015 to 2016 depends on the storage capacity of the device per gigabyte as shown in the table below.

If the storage capacity is more than 64 GB, the same remuneration applies as for devices up to and including 64 GB but at a maximum of 2% of the listed price.

Who gets the money collected by SUISA?
SUISA transfers a part of the collections to the other collective management organisations participating in the tariff. These include Suissimage and the Société suisse des auteurs for audiovisual works, ProLitteris for literary works and photographs, as well as Swissperform for neighbouring rights, which are due to the artists, producers of recordings and producers of radio and TV broadcasts. The collective management organisations have the duty to remunerate the rightsholders they represent. The payout to the rightsholders is made pursuant to distribution rules which have to be approved by the Federal Institute of Intellectual Property. The remaining part of the collections is distributed by SUISA to the rightsholders of musical works. In the case of SUISA, the money is therefore paid to composers, music lyricists, arrangers and their legal successors, or publishers.

Smartphones have been around for a while. Why is it that SUISA has not charged levies for them earlier?
The negotiation on the levies for smartphones have actually already begun in 2008. Unfortunately, it has not been possible to reach an agreement during the talks. In 2010, the Federal Arbitration Commission has approved a tariff for the first time. The Federal Administrative Court has, however, declared the approval to be void due to a procedural error. At the end of 2011, the Federal Arbitration Commission has also approved two new tariffs: one tariff for the period 2010 to 2011, another for the period 2012 to 2013. These new tariffs have also been appealed before the Federal Administrative Court which had been pending until the beginning of this year.

In the summer of 2014, we finally managed to reach an agreement with the negotiation partners. This concord has finally resolved this tricky situation and has subsequently been approved by the Federal Arbitration Commission on 25 November 2014. Now that the deadline for appeals has lapsed, the approval is legally binding.

The time-consuming process surrounding tariff CT 4e is a good example to demonstrate what type of challenges we have to deal with: The approval process for a tariff is taking much too long and should be improved. It has been a while since collective management organisations have asked for this to happen …

What will be the next thing for which SUISA is going to raise a blank media levy?
In the interest of its members, collective management organisations such as SUISA have the duty to keep up with technical developments and to ensure that authors get paid for the new exploitation forms. Private copying has been on the decline since the streaming technologies have emerged during the last few years. And if a copy is being made today, then it is usually made in the “cloud”, in other words, on a central server, which the user accesses via an internet connection. We are currently analysing this development in order to verify whether there is a potential obligation to pay a remuneration for this type of usage form.

To the news item