Liechtenstein has been – other than Switzerland – a member of the European Economic Area since 1995 and must, as such, accept a major proportion of the European Union legal provisions. What do EU exploitation rights have to do with the revision of the SUISA Articles of Association? Text by Bernhard Wittweiler 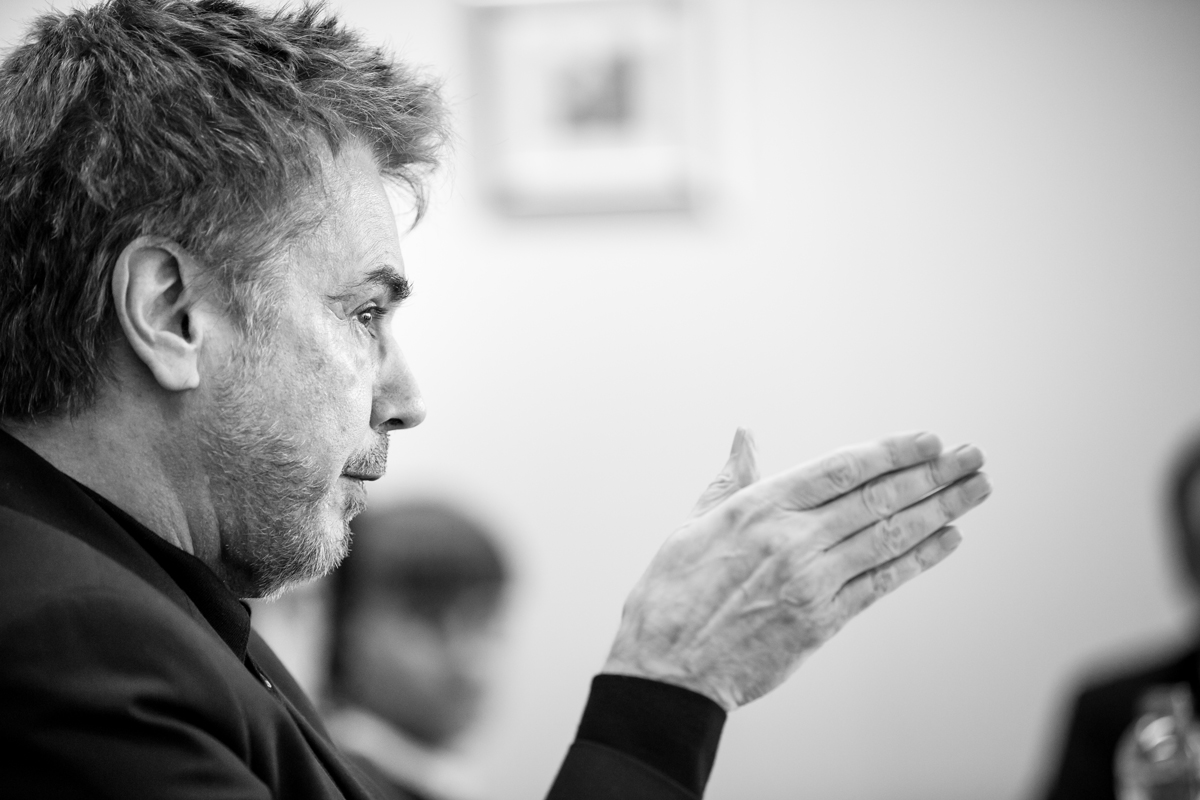 Copyright developments in Europe are of importance for Switzerland’s SUISA, too: The image shows CISAC President Jean-Michel Jarre on 06 March 2018 handing a petition to the European Parliament. It had been signed by 14,000 authors and composers requesting fair rules in the digital marketplace in order to stop the “transfer of value” on the internet. (Photo: CISAC / Iris Haidau)

In the nascent age of online exploitation of music, the EU Commission set another milestone with its Recommendation of October 2005. It wanted to achieve the biggest possible competition between the CMOs regarding online rights management as well as improve transparency and equal treatment of all rights holders in the CMOs. The Recommendation resulted in the complete freedom of rightsholders to choose which CMO in Europe they wish to entrust with their online rights, in the creation of one-stop-shops for online licences and multi-territorial online licences.

But it didn’t stop there. Over the years, the needs grew for a comprehensive and standardised regulation of the collective management organisations’ activities in the EU and for a harmonised internal market as the basis for collective management. Thus, on 26 February 2014, the Directive on collective management of copyright and related rights and multi-territorial licensing of rights in musical works for online uses in the internal market (CRM Directive) was issued. Directives are paramount to laws in significance, but do not take direct effect; instead, they have to be implemented by individual EU member states into their national laws.

The CRM Directive has the aim to set minimal standards regarding an orderly mode of operation of collective management organisations (corporate governance), their finance management, transparency and accountability vis-a-vis members, sister societies and the public, the right of co-determination of members, equal treatment and non-discrimination of rights holders, sister societies and users, settlement of disputes, management and licensing of online rights as well as the supervision of CMOs by the authorities.

The CRM Directive of the EU was declared to be authoritative for the States of the European Economic Area (EEA), and thus also Liechtenstein. Liechtenstein therefore had to adopt the Directive and implement it into its national laws. For this purpose, a new, distinct law was created, the Liechtenstein Collecting Societies Act (VGG), which was passed on 29 March 2018 by the Landtag (Parliament). Previous provisions for the collective management in the copyright laws of Liechtenstein were taken over into the VGG.

Adaptation of SUISA Articles of Association

With its activities and licence to operate in Liechtenstein, SUISA is subject to the provisions in Liechtenstein regarding collective management. We are therefore obliged to fulfil the specifications and requirements of the new VGG – and thus also the CRM Directive of the EU. The new provisions do not entail no earth-shattering or major innovations, we already adhere to the majority of the provisions which have been a matter of course for us for a long time. Nevertheless, there are still some areas that require adaptation.

The necessary changes of the SUISA Articles of Association will be presented to the General Assembly on 22 June 2018 for ratification so that they may enter into force from 01 January 2019.

The most important of the proposed changes to the Articles of Association are the following:

Revision of the Articles of Association for online business

One important strategic business sector of SUISA that depends on the revision of the Articles of Association is the following: SUISA has been licensing music of SUISA members at pan-European level since 2013 in the online sector, partially even far beyond Europe’s borders. Pursuant to the EU Directive, collective management organisations must meet certain standards in order to be able to carry out cross-border licensing within the European Union.

So that SUISA may continue its pan-European licensing in the online sector, the provisions of the EU Directive must be adhered to. The online business is a focus of SUISA’s strategy for the immediate future. By way of revising the Articles of Association, the conditions will be met that SUISA can directly negotiate with and collect from online providers such as iTunes or Spotify regarding exploitations outside Switzerland and Liechtenstein, too.