The Swiss broadcaster SRF announced the six songs that will be in the running for the Swiss entry to the Eurovision Song Contest (ESC) 2018 today. Four of the six entries were created at the Swiss songwriting camp held by Pele Loriano Productions and SUISA at Powerplay Studios in Maur. Text by Erika Weibel and Giorgio Tebaldi 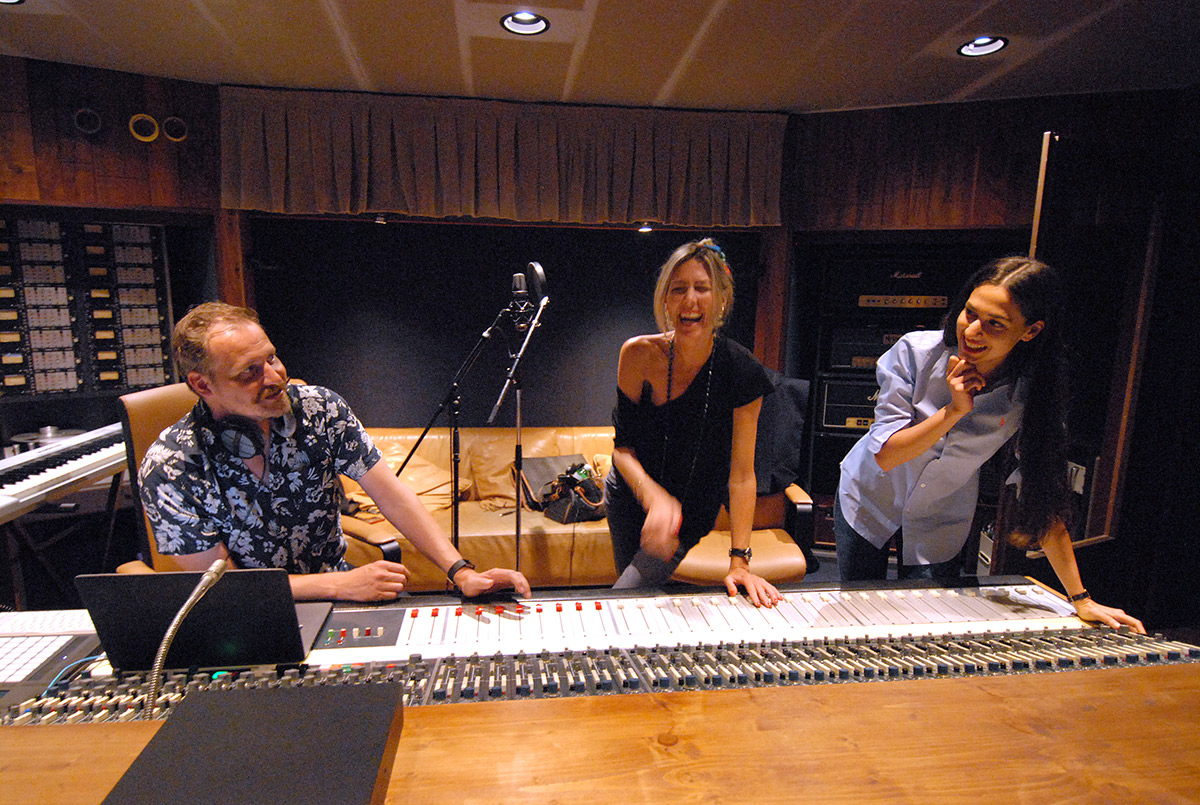 Chiara Dubey (on the right), English creative artist Janie Price (in the middle) and the Belgian songwriter and producer Jeroen Swinnen in August 2017 in the Powerplay Studios in Maur. (Photos: Manu Leuenberger)

‘Secrets and Lies’ by Chiara Dubey, ‘Compass’ by Alejandro Reyes, ‘Stones’ by ZiBBZ and ‘Kiss Me’ sung by Naeman – four of the six final songs for the Swiss entry to the ESC 2018 were composed during the songwriting camp that took place at Powerplay Studios in Maur, Zurich from 23 – 25 August 2017. The camp was organised by Pele Loriano Productions in collaboration with SUISA. Pele Loriano is a composer, producer and musical director, and has been a member of SUISA since 1996.

During the three-day songwriting camp, 25 artists teamed up in groups of three to five to compose 18 different tracks. In addition to 13 SUISA members – composers, producers and lyricists from Switzerland – 12 artists from Belgium, Finland, Canada, the Netherlands, Israel, Sweden, the UK and the US attended the workshop. It was the first time a songwriting camp of this kind for the ESC had taken place in Switzerland. 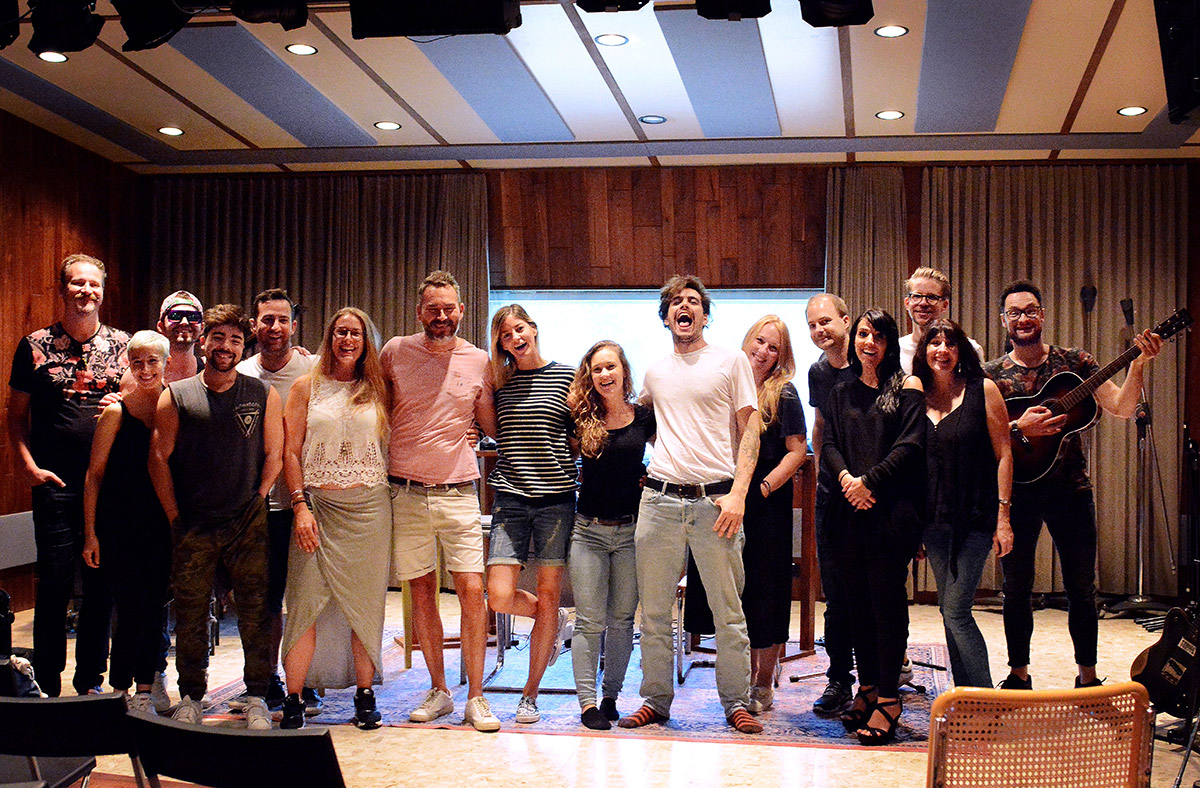 The composers, lyricists and producers who were present on the third and last day of the Songwriting Camp in the recording room of Studio A.

Six SUISA members are represented in the four final songs from the songwriting camp. Three of the songs are performed by the SUISA authors themselves. The following artists are behind the four songs:

‘Stones’
Music/lyrics by: Co and Stee Gfeller aka ZiBBZ (CH/SUISA) and Laurell Barker (CAN);
performed by: ZiBBZ 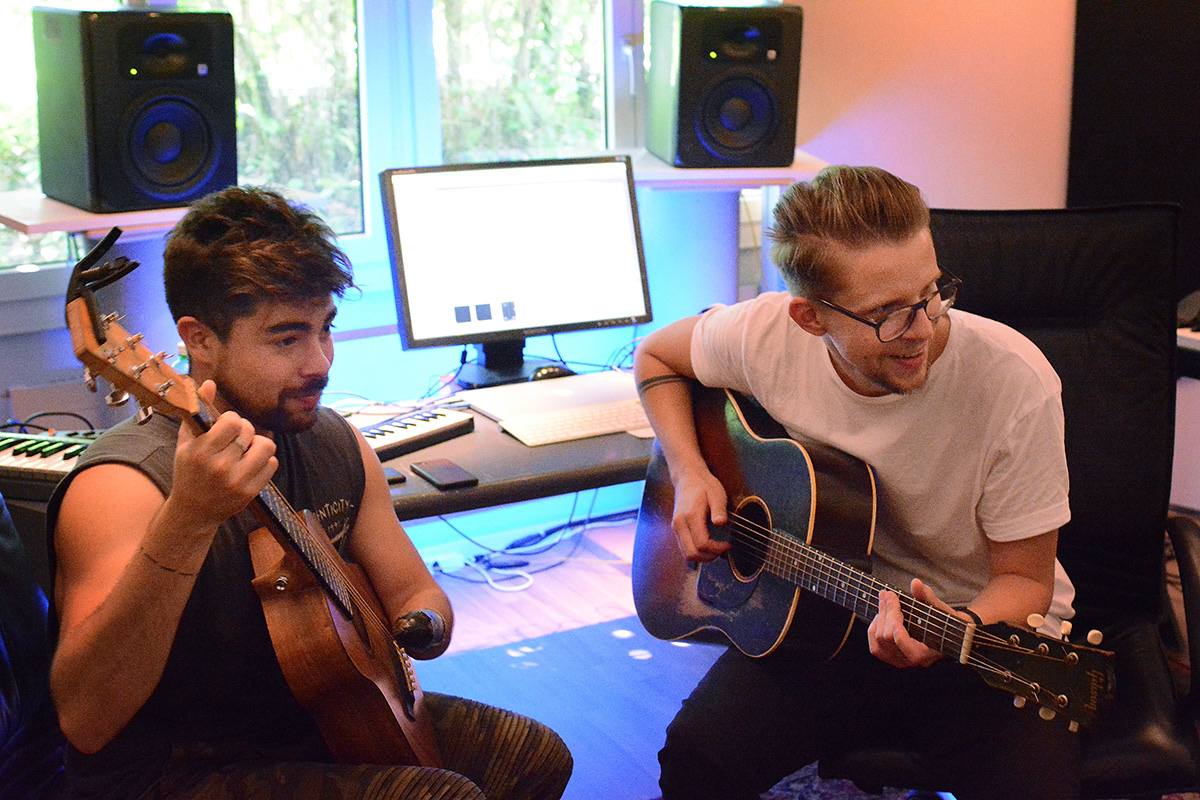 SUISA members Alejandro Reyes (on the left) and Lars Christen (on the right) during their session for the song “Compass“ which they had composed together with the Canadian Laurell Barker.

The four songs from the songwriting camp were chosen from a total of 670 submissions for the Swiss ESC entry. The songs for the Swiss finals show were selected by an independent jury made up of 20 musicians, media professionals, ESC fans and television viewers.

Which of the six final songs will have the honour of representing Switzerland at the ESC 2018 will be decided at the SRF Swiss finals show on 4 February 2018.