Poet, composer and musician Endo Anaconda passed away on 1 February 2022. The singer of the Berne dialect band Stiller Has (“silent hare”) had been a SUISA member since 1990. Obituary by guest author Jürg Halter 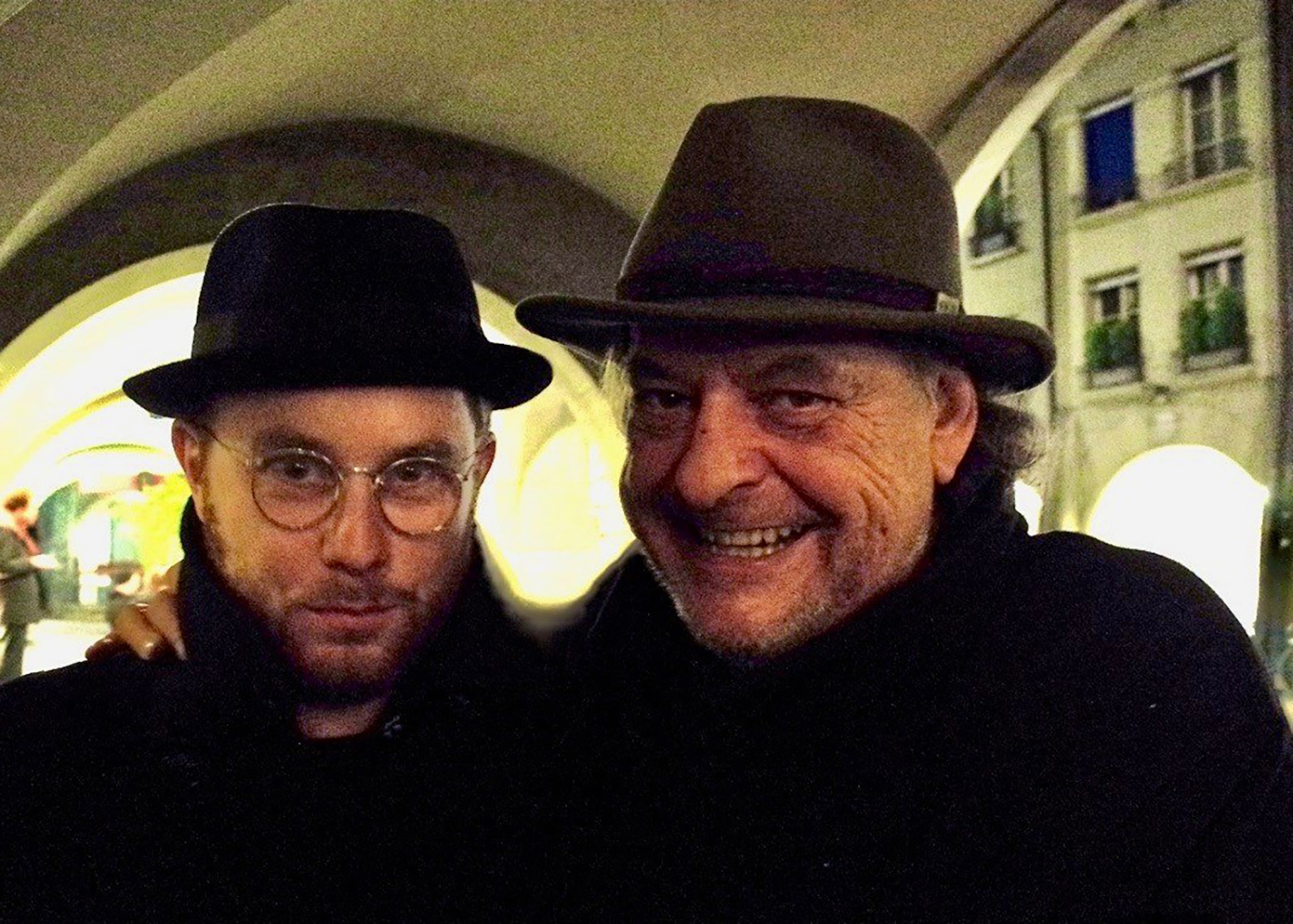 Since Endo has died, but is far from being dead, I can only write of Switzerland’s greatest dialect poet in the present tense – Endo Anaconda will forever remain as young as well as “alterswild” (name of an album by Stiller Has, “old and wild”). Life sometimes turns out to be a ghost train and Endo appears as an impressive ghost wave rider – he also swings as a singing dandy, merry as a hare, cigarette in the corner of his mouth, on the road in his red convertible on a never-ending tour somewhere between Bern, Trub, Venice, the Alabama Hills, Olten, Vienna and Wallisellen.

Endo acts as a comforting warm-hearted alpinist against adverse life and evil old age. He is a prancing troublemaker, Endo disrupts operational establishment passionately, he rocks the scene as a genuinely post-pubescent operations disruption on stilts. Endo is a highly sensitive and attentive person who interferes with wisdom. He not only notices that there is a lot wrong with our society, he can also name and poeticise it in song lyrics, columns and conversations in a stubbornly precise and painfully accurate way. But never with condescending, self-important gestures, because he knows that he, like all of us, is part of the problem of humanity. Endo has a historical awareness of our abysses. Endo shines as the maladapted in the midst of the adapted. He is incomparable as an artist. Tom Waits, Jim Morrison, Neil Young, Bob Dylan, Biggie or Leonard Cohen would envy him for many a songtext. But the dialect is also a prison – Bern is everywhere? – No, thanks.

Endo’s poetry is worldly rich, he lives it and it lives him. To the last. His art, his poetry is existential, in the most beautiful as well as in the most self-destructive sense. Endo’s black humor shines in the darkness. Like the Aare in the moonlight. Behold! Archangel Endo, Archendo. Always too little or too much, but never enough.

Endo is exorbitant. Loving. Needy of love. He loves his three children, he loves women, he loves people. Endo is a generous, tender, warm embrace. Uninhibited. Endo allows injury to happen, shows his wounds, unasked – beautifully spoiled. Endo is a humane loner. A trade unionist. A crazy mocking chicken in a wolf skin. A contradiction. A grumpy tomcat. A scout sitting on hot coals. A country hunter. A lonely cowboy riding against the sun. Fleeting like a butterfly. Volatile as life … please don’t!
Perhaps Endo would call out at this point: “Laugh a little! Laugh already! I want to see you laugh for crying out loud!” Then he himself would burst into his hearty, smoky, finely rattling laughter.

Yes! Let’s be gratefully disturbed, poetically animated, that we knew and know him among us. And because someone like Endo deserves more than applause and memorial minutes, we should laugh for him now, laugh at us, for us. Defying death, laughing for life. May Endo now fly somewhere out there, through the universe, light as a feather, whistling new and old melodies. The universe in which we, the living and the dead are all and remain seekers. There is no way out because the damn universe is everywhere. My heart is bleeding – Endo Anaconda forever!