On 22 November 2017, the Federal Council presented its Message on the revision of the Federal Copyright Act (FCA), and referred the copyright bill (FCA-B) to the two houses of Parliament. Text by Vincent Salvadé 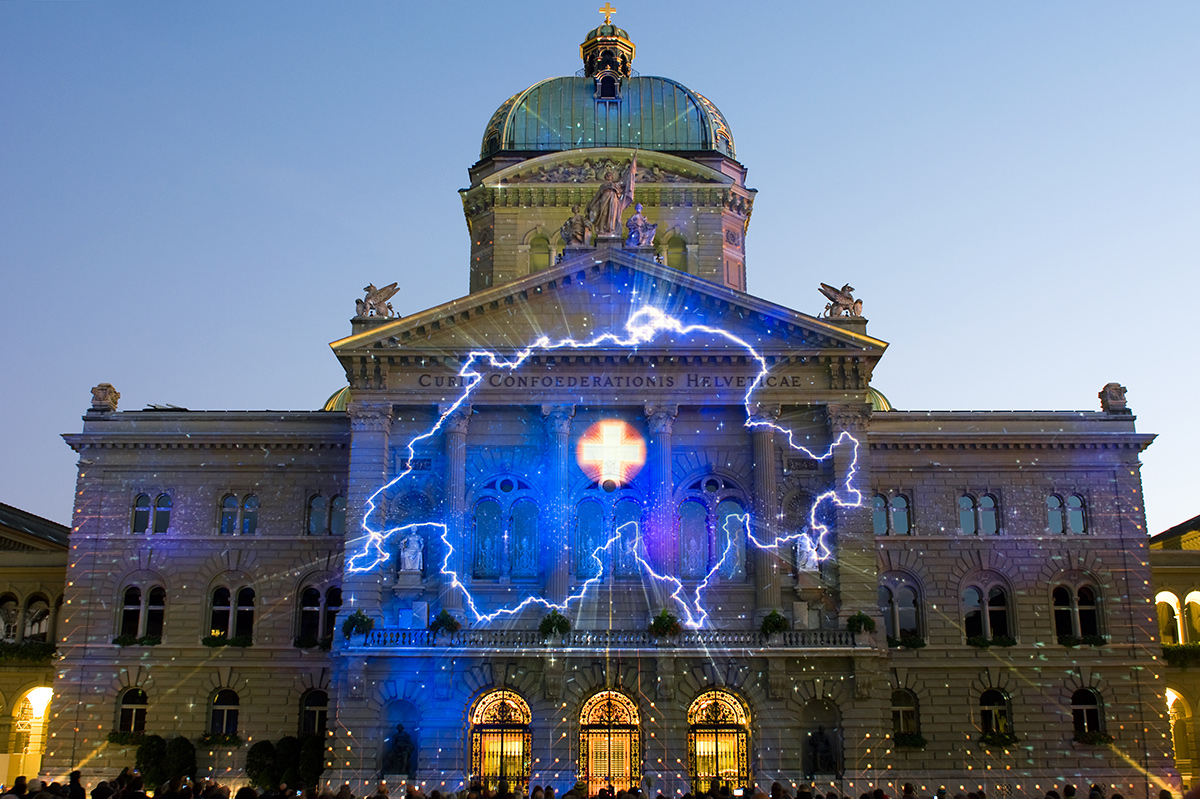 The bill reflects the compromise reached by the AGUR12 II working group at the beginning of March 2017. Parliament has started working on the bill, and SUISA was invited to present its point of view on 12 April 2018 at a hearing organised by the Science, Education and Culture Committee of the National Council. SUISA also had the opportunity to state its views before the Legal Affairs Committee of the National Council, first in writing and then orally on 18 May 2018.

Each time, SUISA acted in association with Swisscopyright, the entity which brings together the five Swiss collective management societies in the field of copyright and neighbouring rights. SUISA started by underscoring that the main objective of Swisscopyright was to ensure fair remuneration for cultural creators, including in the digital age. For this reason, the five collective rights management societies supported the compromise achieved at AGUR12 II level and, consequently, the Federal Councilʼs proposal. However, the societies asked for changes in the provisions governing the new entitlement to remuneration for video on-demand (VoD) with a view to ensuring that the new regulations better reflect the AGUR12 II compromise and secure fair remuneration for creators.

1. General appraisal of the FCʼs bill

Swisscopyright welcomed the Federal Council’s intention to introduce an “extended collective licence” (Article 43 FCA-B). Collecting societies could thus grant blanket authorisations for certain uses, including on behalf of rightholders they do not contractually represent; this would foster cultural projects while assuring remuneration for entitled parties. The blanket authorisation would apply to uses which cannot be individually controlled by rightholders; collecting societies would act as an “insurance” (of a sort) for users. The extended collective licence is perfectly consistent with the function of a collective rights management society, which is to facilitate and simplify rights management for all stakeholders.

Generally speaking, Swisscopyright welcomes all the measures designed to improve collective rights management: according to the FCʼs proposal, users would be required to communicate their declarations to collecting societies in electronic form to facilitate automatic processing (Article 51 FCA-B); collecting societies would be authorised to exchange the data delivered by users (Article 51(1bis) FCA-B); accelerated tariff appeals procedure (Article 74(2) FCA-B); and the Federal Arbitration Commission in charge of tariffs would be permitted to hear witnesses (see draft of new Article 14(1) lit. g of the Administrative Procedure Act). These new rules are designed to increase efficiency, reduce management costs and ensure more money is available for distribution to cultural creators.

Swisscopyright also supports the Federal Councilʼs proposals for new anti-piracy measures since they contribute to improving the situation. According to Article 39d FCA-B, platforms presenting significant piracy risks would be obligated to actively combat copyright infringements (stay down obligation). The possibility of processing data for criminal prosecution purposes (Article 77i FCA-B), must be included in the FCA since the Federal Supreme Court ruled that collecting information on pirates and hackers (in particular their IP addresses) is not currently admissible under the Law on Data Protection (ATF 136 II 508). Swisscopyright believes these new anti-piracy measures are necessary to foster legal offers ensuring fair remuneration for creators.

Swisscopyright accepted the proposed copyright exception for the use of works for scientific research (Article 24d FCA-B), but only in the context of the AGUR12 II compromise. The fact that – conversely to what had been proposed in the original draft in 2015 – this exception is not accompanied by a claim to remuneration is indeed problematic for rightholders in the literary field. Swisscopyright underscored that no further concessions to the scientific community would be accepted on the backs of cultural creators.

2. Right of remuneration for VoD

Online platforms making available feature films (cinema and TV) have replaced DVD rental. Whereas, under Article 13 FCA, authors and artists used to receive a share of DVD rental revenues, this is no longer the case for online availability. The revised legislation must ensure that authors and performing artists, as the primary creators of value, participate in this new economic model: Swisscopyright welcomed the introduction of a right to remuneration in Articles 13a and 35a FCA-B. The collecting societies underscored that the right to remuneration must be supplemental to the fees paid to the creators by producers (for the commissioning of works, the performances therein and the corresponding rights). The FCʼs proposal is not clear in this respect; Swisscopyright argues that the parliamentary debates must make it clear that the right to remuneration is supplemental to, and not in lieu of, such fees.

“The composers and publishers of film music entrust their rights to collective rights management societies like SUISA which act directly vis à vis the VoD platforms. The contractual system for music assures composers more favourable financial conditions than they would have under a statutory remuneration right.”

Moreover, the exclusion of music works from the new right to remuneration was an essential element of the AGUR 12 II compromise; regrettably, the FC has not included this exclusion in its proposal. Since the voluntary collective management model functions well in the music sector, we should come back to the solution advocated by AGUR12 II. The music and the audiovisual sector diverge significantly in this respect. The composers and publishers of film music entrust their rights to collective rights management societies like SUISA which act directly vis à vis the VoD platforms (alongside the aggregators who handle all other rights in the film). The contractual system for music assures composers more favourable financial conditions than they would have under a statutory remuneration right.

In the field of music, however, it is necessary to ensure that the revenues distributed by collecting societies are properly apportioned between the composer and the publisher. The composer must in any event receive an equitable share. Article 49(3) FCA already guarantees this for concerts, radio broadcasts and recordings. But this rule only applies to areas under federal regulation, and therefore not to VoD. As a result, Swisscopyright proposes rewording paragraph 5 of Article 13a FCA-B to stipulate the composerʼs right to a fair share of the voluntary collective management revenues, in line with SUISAʼs current practice.

The plenary debates in the National Council (expected in autumn) will show whether the parliamentary committees were sensitive to the argumentation put forward by Swisscopyright.