How do I found and run an ensemble for contemporary music? Where do I get subsidies for my music projects from? What is the purpose of SUISA and Swissperform? How do I distribute my works via the internet? Impressions gathered during the first ever “Journée d’orientation professionelle” at the Festival Archipel 2017. Text, photo and video by Manu Leuenberger

On Saturday, 01 April 2017, at the Festival Archipel in Geneva, it was possible to witness the reasons why music can be both career and calling. During the day, an information event took place for young music creators. Based on their wealth of expertise and experience, 12 field experts shared their input in presentations which included many tips on how to enter a career as a musician.

The video impressions only grant a glimpse into the expansive range of topics which were discussed. Further presentations during this first ever “Journée d’orientation professionelle”, the organisation of which was supported by SUISA, were given by: Johannes Knapp – Director of the STV/ASM (Association of Swiss Musicians), Damien Pousset – Founder of the Aeon label, François Passard (Director) und Alain Renaud (Head of the production studio) of L’Abri, Lucas Fagin – composer and co-director of Babelscores, Bruno Serrou – music critic and Marie-Christine Papillon – Director of Papillon publishing. 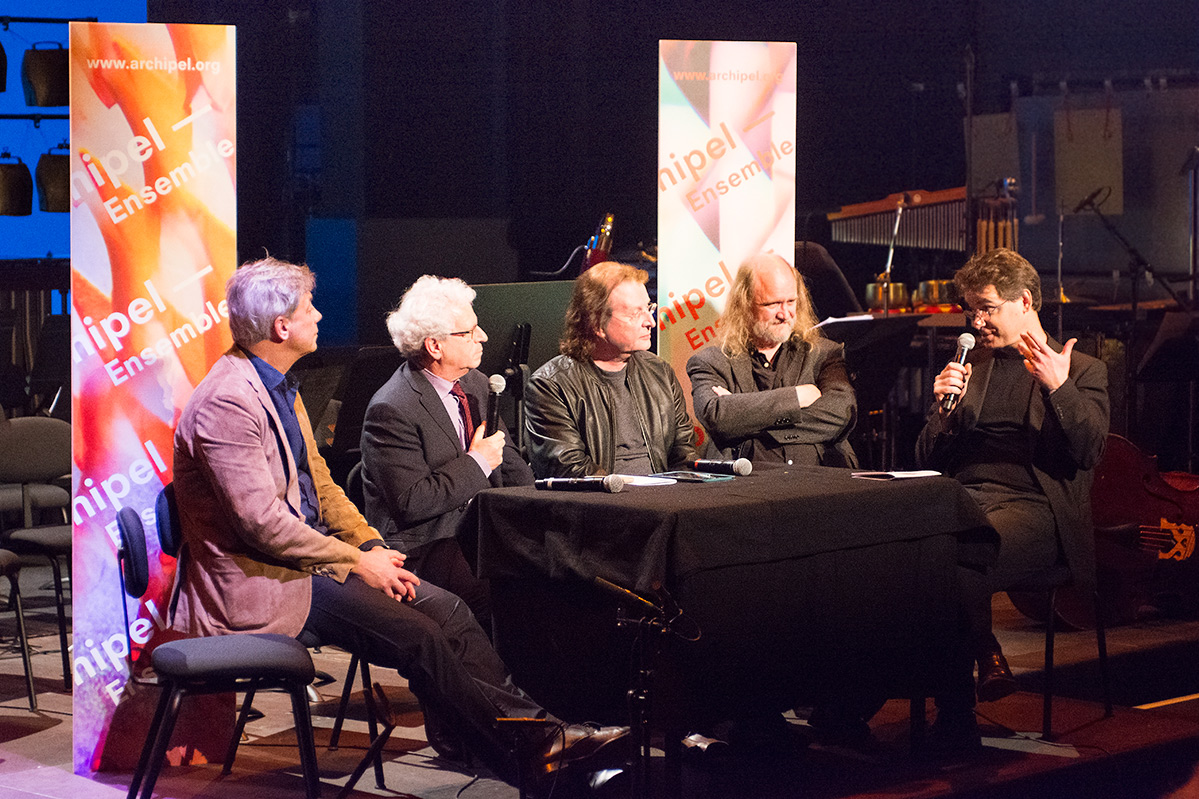 Inspiration and profession were also touched upon during the discussions with composers on 01 April 2017 at the Festival Archipel prior to the evening concert in the Alhambra. On the podium, on the far right: Xavier Dayer, President of the SUISA Board.

In the evening prior to the concert in the Alhambra, a public discussion with composers was held. Xavier Dayer, President of the SUISA Board, was also on the podium. The audience at the well attended event found out why copyright remuneration is particularly important for composers who do not receive any concert fees. Due to the copyright remuneration they receive for their work, composers such as Hanspeter Kyburz, William Blank or Tristan Murail can create works like the ones that were performed in the concert just after the discussion by the Lemanic Modern Ensemble.