The Eurovision Song Contest will be held again after its 2020 cancellation. A song which was created in the SUISA Songwriting Camp in the Powerplay Studios in Maur will be featured in Rotterdam. We spoke with the SUISA member Tobias Carshey, from Zurich. He wrote “Amen” together with Jonas Thander and Ashley Hicklin. The singer of the song, however, is Vincent Bueno from Vienna – and he performs for Austria. Interview by guest author Markus Ganz 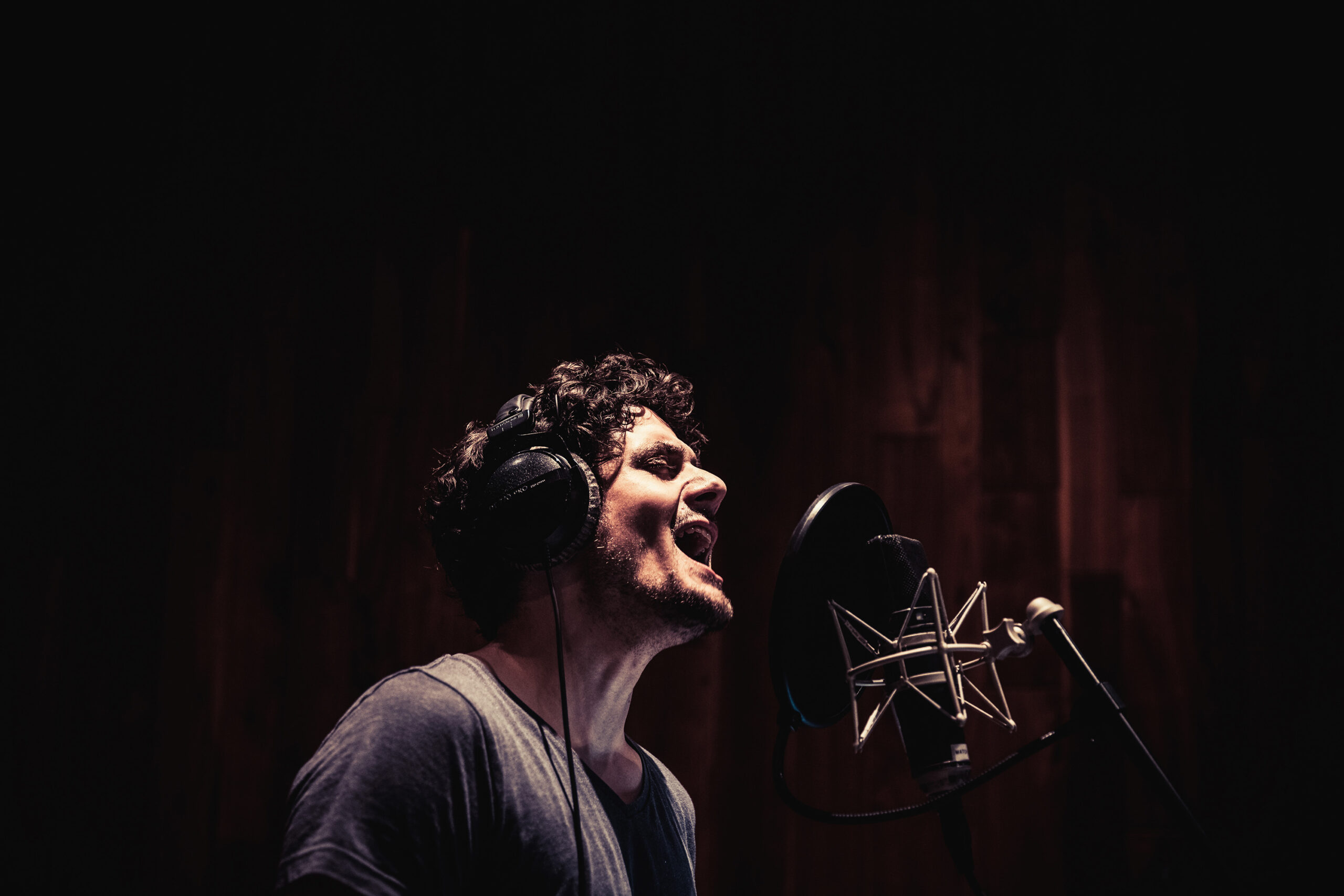 Tobias Carshey performs the vocal track for the demo recording of “Amen” at the SUISA Songwriting Camp. (Photo: Tabea Hüberli)

Tobias Carshey, how do your normally create your songs?
Tobias Carshey: I write from my own life, that is why the results are different each time. I tend to sit down and write, sometimes the melody comes first, more rarely the lyrics, so mostly I start with the music.

You have written on your website: “Writing songs is and was always a very personal process to me”. Has it been difficult to work with songwriters that you did not know during the Songwriting Camp?
At the beginning, very much so. I usually withdraw to a quiet place where I can work away. At the Songwriting Camp, I was exposed and had to collaborate with a team. I had done this before, but …

… here, the pressure was probably higher since you worked together with the Swedish producer Jonas Thander and the Scottish topliner Ashley Hicklin for the first time?
That’s right, it is simply a new situation: There are new dynamics which you have to understand first. I was lucky enough that Ashley Hicklin took the reins from the start with a specific notion.

How did this work, did you bring along some ideas for the songs?
I would do it differently today but back then, I simply went there. It was my first time at a Songwriting Camp and I wanted to be completely unbiased. Before we started with the writing process, we listened to a few of my songs so that Jonas Thander and Ashley Hicklin could find out where I come from musically.

Was that the right thing so that the two could find out where your strengths were?
Exactly, in this regard, my song “Almond Eyes” was the starting point. 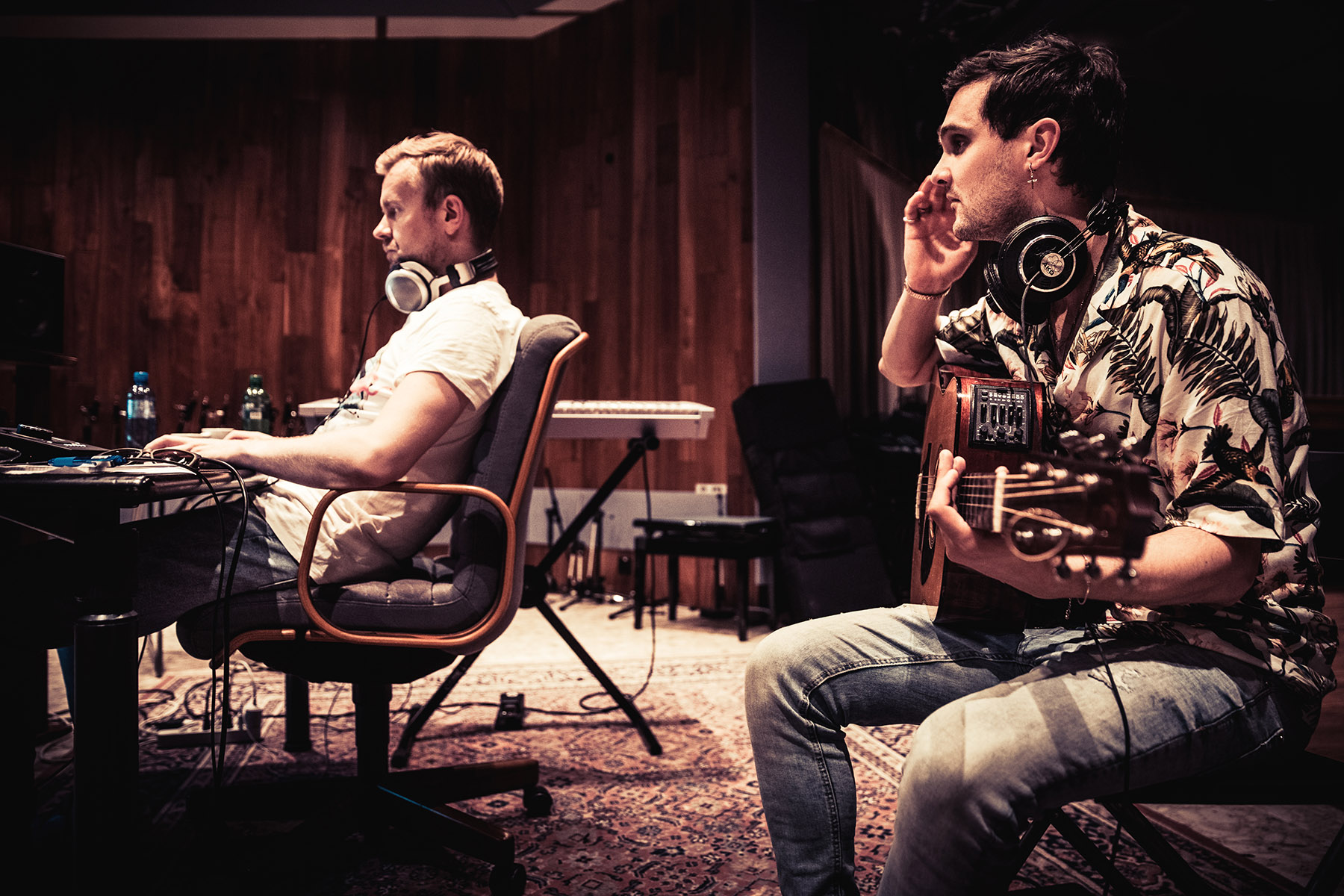 The Swedish producer Jonas Thander (left) and the songwriter Ashley Hicklin, a resident of Edinburgh, deeply focussed when working on their composition in the studio A of the Powerplay Studios in Maur. (Photo: Tabea Hüberli)

Did this kind of job sharing make sense to you?
Very much so, because everyone has their own experience and we used this role allocation as a starting point. Friction can easily occur when three songwriters, who do not know each other, work together. That way, you can withdraw to your own competences if you are not in agreement, and still make progress with the song.

How far did the specialisation go?
I was clear who held which role. But each of us was considered to be competent enough to be able to contribute everywhere, whether to songwriting or the lyrics, also the production.

In your opinion, how did the fact contribute that you had never written a song together or played together, and that you weren’t a well-established team?
Ash and Jonas already knew each other but that did not make any difference because they are experienced musicians who know the dynamics of songwriting. As a consequence, it was easy for me to join them as a newcomer and go with the flow, so to speak. If all of us had been newbies, it would probably have been more like a lottery.

Did you also do some jamming or did you decide on something and then each of you separately carried out their job?
There wasn’t a moment where someone was just tinkering on their own – that was a new aspect to me. I am more the type who withdraws in order to continue with the development of an idea to then present it to everyone. At the Songwriting Camp, Ashley Hicklin came up with a refrain pretty much at the beginning. This also acted as the starting point for our work which matched the goal to write an ESC song. And then the path was clear for everyone. 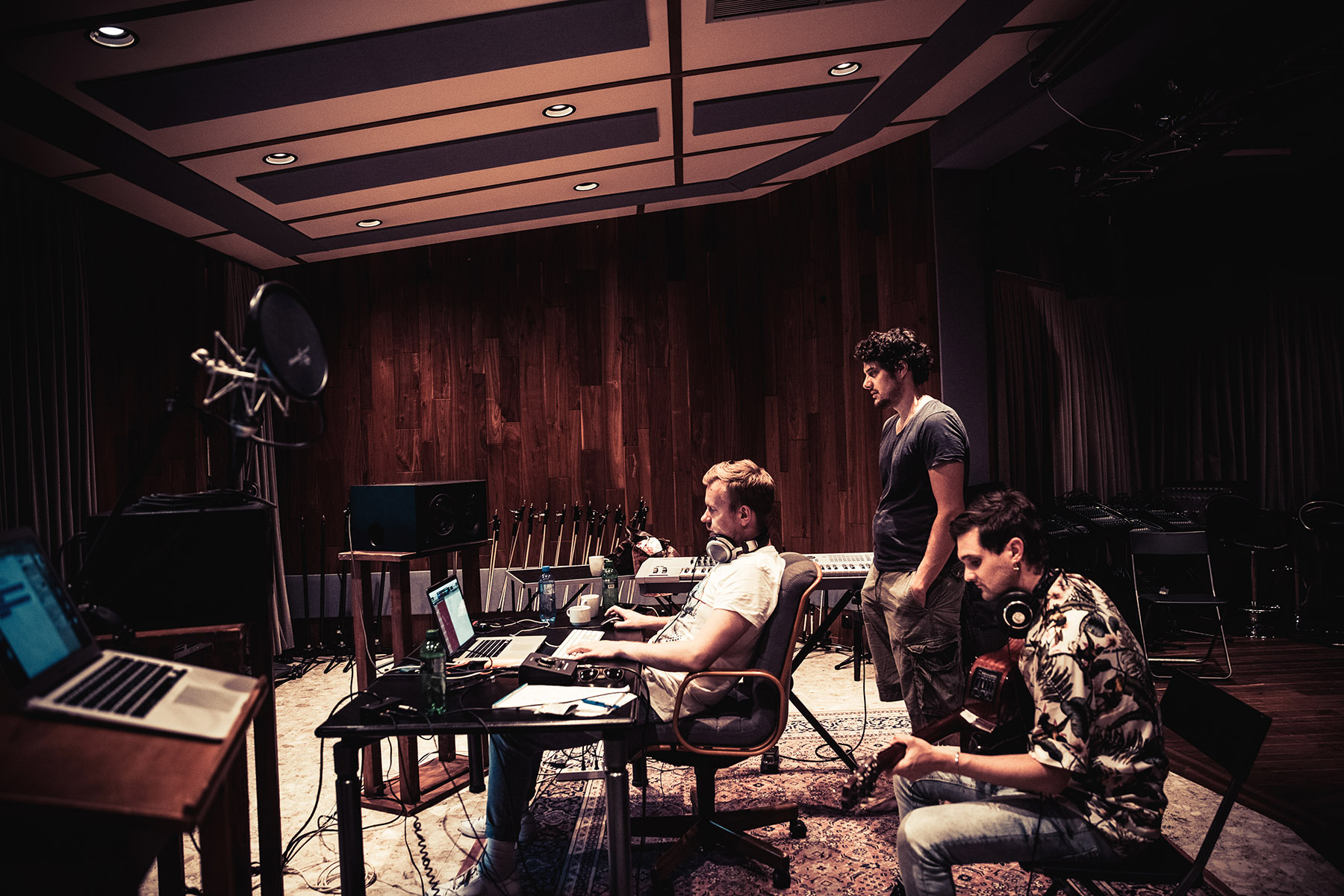 The refrain came first: How dominant was the goal to write an ESC song, i.e. a potential hit, and to remain catchy?
We were aware of that, but it had no influence on the feeling of the song. We also paid attention that we managed to get to the point with the song in three minutes.

Did the factor that you had to stand out with something special despite the hit character also play a role?
Not especially for us. But our song stood out in comparison to the other songs of the Songwriting Camp because we kept it very tranquil – only piano, guitar and my voice, we also did not use any effects such as auto tuning. That was, in my opinion, the strong point of the song: It also works just with a guitar which seemed to be atypical.

How does the song “Amen” at the end of the Camp day differ from the one that we can hear at the ESC?
It has become more pompous. The original is very reduced: a bass drum, my voice, an acoustic guitar and a piano. Strings and backing vocals can now also be heard.

How come that someone different performs this song, a third of which has, after all, been created by you?
I have written songs for others in the past, and once a performance actually did hurt, because if was a personal song. I do, however, find it very exciting and very beautiful that Vincent Bueno is going to interpret the song “Amen” with his own history which gives it its own proper meaning. No regrets!

How has the Songwriting Camp changed your own personal songwriting process?
The unrestricted, also free approach influenced me most of all. I am otherwise probably too hard on myself, too acrimonious in order to just write away and try things out.

Did you suffer under the speed that the song had to be finished in just one day at the Songwriting Camp?
Yes, I found that difficult. Because, in my view, really cracking, really good and timeless songs need more time for their development. I am used to the fact, however, that I was proven wrong when it came to such dogmas.