Music doesn’t know any boundaries. Not just literally but also geographically: Once you have managed to make it abroad, a well-functioning network of local support can be of great use. This applies particularly for the administrative work and therefore also for types of copyright which cannot be paid out in cash there and then. SUISA has a global network and is engaged in activities, in cooperation with its foreign sister societies, to manage the rights of SUISA members as comprehensively as possible. Text by Irène Philipp, Director 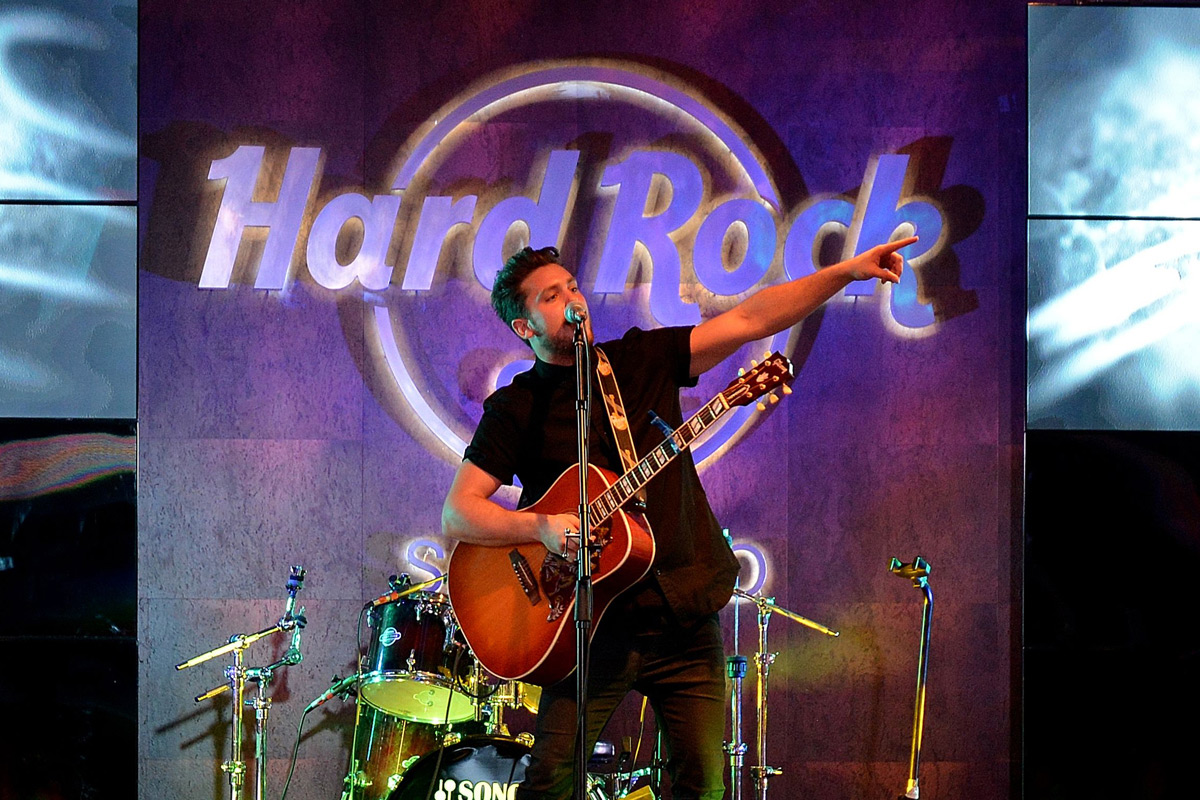 Bastian Baker, singer-songwriter from Lausanne, who has been a member of SUISA since 2011, performed in the Hard Rock Cafe in Santiago, Chile, during his Latin America tour in spring 2015. With a SUISA membership, authors can have their rights managed by a network made of more than 100 foreign sister societies. (Photo: Lorena Weber)

SUISA has entered into reciprocal agreements with over 100 sister societies abroad. In Switzerland and Liechtenstein it thus represents the repertoire of about 2 million authors and publishers from all over the world. At the same time, those agreements form the basis that SUISA members benefit from copyright fees collected abroad.

The basic principle of international cooperation between collective management organisations is illustrated by the following example: For concerts in Switzerland or Liechtenstein, SUISA collects money for the copyright on the performed works from the event organiser. If the composers of the works are members of a foreign society, SUISA passes on the collected royalties to the relevant societies. These societies, in turn, pay the royalties in line with their own distribution rules to their members who have participated in the work.

Thanks to the reciprocal agreements, the money flow also takes place in reverse: For concerts abroad where works of SUISA members are performed, the local society of the relevant country collects the money, passes it on to SUISA which distributes it to the SUISA members entitled to receive a payment.

It does not matter where the musical activity or usage takes place: By means of this global network, SUISA can manage its members’ rights nearly everywhere. All it takes for this to happen is for creators to enter into a rights administration agreement with SUISA. By means of a rights administration agreement, authors assign their rights to SUISA, usually on a worldwide basis.

The rights administration agreement, in connection with the general administrative terms and conditions (AWB) is the most important link between SUISA and its members. With the conclusion of this agreement, SUISA is instructed to manage important pecuniary copyrights in Switzerland and abroad (via the sister societies) on a fiduciary basis.

It is also possible to limit the territories for which the rights are assigned to SUISA. Membership in several societies is an option, e.g. to have another society cover a specific geographic area. Both options are, however, linked with disadvantages: In the case of limiting the territorial scope, the authors have to manage their rights themselves or entrust another society with them. In the case of multi-society memberships, formalities of several societies have to be met – especially with a view to work registrations – and members would have to deal with questions such as double taxation, different distribution rules, statutes etc.

SUISA recommends not to make any exceptions to the rule, unless a member is particularly successful in another territory in the long run. Further information in the article “Play abroad, communicate with SUISA at home” in the section “Good to know” The advantage for members is that they have only one contact and don’t need to delve into all the different terms, conditions and rules. Finally, by entering into a rights administration agreement with SUISA, the rights are already managed on a global level as far as possible.

When it comes to copyright royalties arising from international musical activities, SUISA depends on the collaboration with its sister societies abroad. It is important to note that collections and distribution of the royalties vary from country to country and are subject to different rules.

SUISA can transfer royalties to its members once it has actually received them from the sister societies. Known uses abroad should be declared to the society in charge. We therefore recommend to inform SUISA if you take your activities up abroad. It is well worth it to use the global network to manage the rights of SUISA members.