For the project “Swiss Beethoven reflections”, Xavier Dayer not only let himself be inspired by the melody of the Swiss song used by Beethoven. He also took the situation in which the composer was as a young man at the time into consideration. Text by guest author Markus Ganz; video by Mike Korner 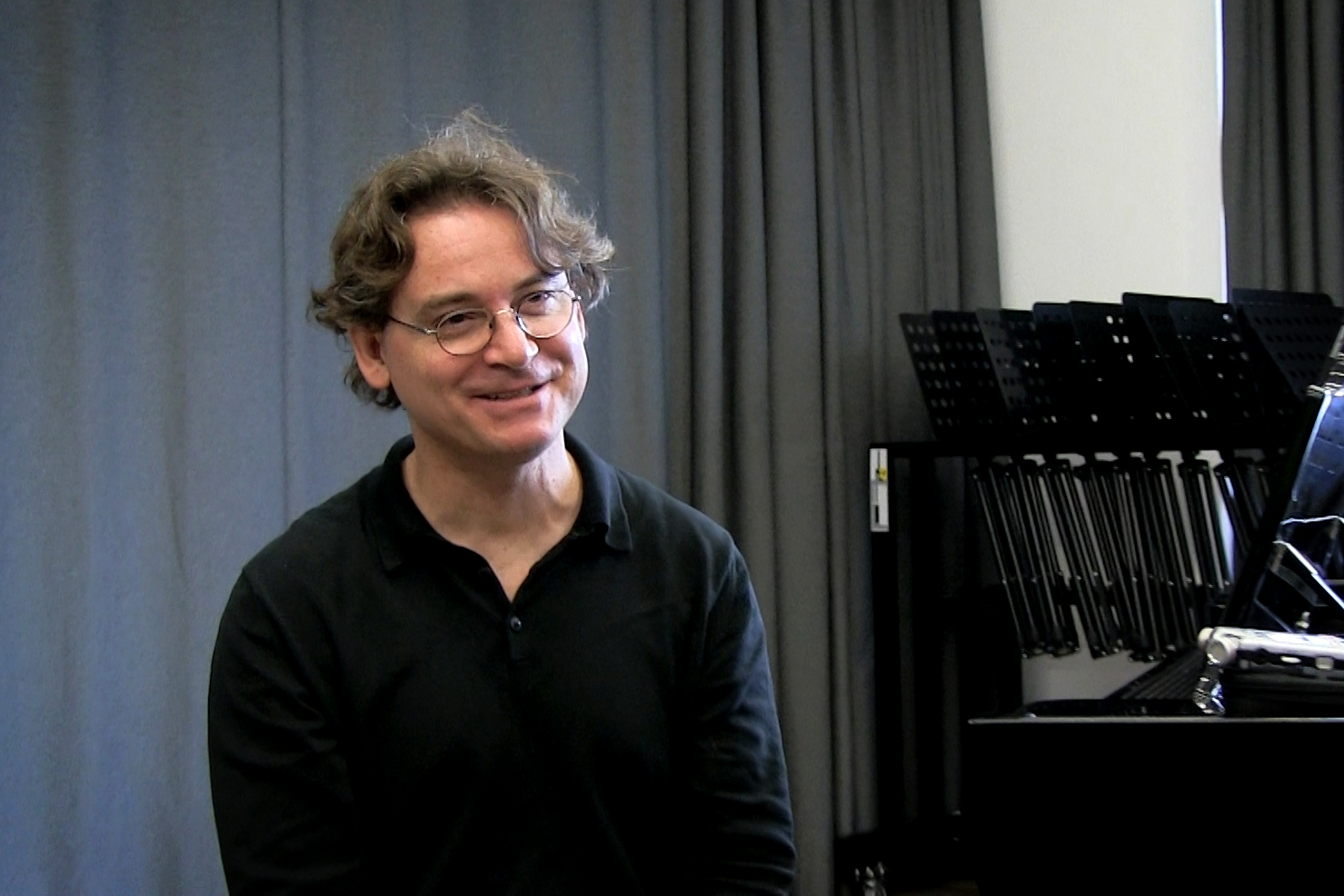 Xavier Dayer in the interview about his work “Cantus VII” at the end of January 2020. (Photo: Manu Leuenberger)

Xavier Dayer is convinced that the central significance of Ludwig van Beethoven goes well beyond the circle of composers and musicians. “I would even say that he stands at the outset of the image which the broad public has of Romanticism and the clichéd figure of a composer.” Despite all of his admiration for Beethoven, he takes a sober view when it comes to categorising his variations on a Swiss folk song. “I do not think that it is his most impressive piece”, said the composer who was born in Geneva and lives in Berne, during his interview at the end of January 2020.

The variations did, however, make Xavier Dayer think about the time of creation: In 1792, Beethoven was 22 years old and about to move to Vienna. Correspondingly, Xavier Dayer considers the variations to be some sort of practice at a time when Beethoven found himself in the enthusiasm of his own music. This should be understood against a wider background. “Back then, people believed in modernity, progress; even the composers. And that preference for modernity was associated with a love for the homeland – here, his fondness for Romanticism with one for the nation, something I always had a problem with.”

In order to create his own composition, Xavier Dayer initially looked into the melody of this song, “even more than into the variations by Beethoven and their harmonisation”. The melody was so simple that it had something that he could approach from his own creation. He used it like a cantus firmus, a melody which was given from the outside and that he was going to rather hide in his own music. “It is like a memory from far away, as if you were to recall this lost enthusiasm back from memory, something that is concealed in my music which wants to be restless and calming.”

Specifically, Xavier Dayer chose the melody of the beginning of the song. “We spoke about enthusiasm. When it comes to enthusiasm, there is something purely positive in this melody which is also very clear from a harmony point of view and holds no notion of doubt. (…) In my composition, however, it is going to be concealed by some kind of fog.”

In terms of instrumentation, Xavier Dayer chose a quartet for flute, clarinet, violin and cello, “an instrumentation for which there are not too many references yet”. This was of interest to him because it meant less pressure from tradition and enabled him to have more freedom. You might wonder that the piano does not get deployed, despite the Beethoven reference. Xavier Dayer highlights that he was not trained as a pianist but as a guitarist and therefore felt some kind of a complex with respect to composers who are pianists. Still, he uses the piano as a tool for his work, particularly so in order to be able to control the harmonic progressions.

How the composition is going to sound one day, remains open during this development stage. But even when the piece has been completed, there will be a lot of space for the performers. “When it comes to the sequence of the creative steps, I am the one to suggest signs that others will then interpret with their sensitivity and experience. I absolutely and utterly adore the art of interpretation.” Xavier Dayer emphasises that he, as a listener, loves to discover how performers make the composition their own. “In this sense, this part of the creation is an essential moment because it appears in a room for the first time.” Add to that the significance of the audience. A composition is like a love letter which in itself means very little – especially if nobody read it, and even more so, if nobody replied to it (laughs).

The role of a composer would also be challenged, especially since Beethoven’s 10th Symphony, composed only in a sketch-like manner, was completed with a specifically trained algorithm for the anniversary year. Xavier Dayer did not consider this to be as a threat but as an “extremely stimulating challenge”. He felt that his students also dealt with the question what the creation of an individual still meant today “I admire artists who challenge the act of creation. (…) Maybe we are at the end of a cycle where the individual creating music had been viewed as a kind of genius and a cult had been created around that.” This also created complex consequences in his opinion. “Each note of Beethoven, each sentence by Goethe created the impression for us that we were rather small in comparison.” He thought that one could not simply continue with such a pigeonholing of the artist, who had ”everything” to say. “Today, the performer is seen in a different light: as someone who does not stand somewhere above or below but simply stands in the continuum of social connections.”