Apart from his activities as a paediatrician, Dr. Beat Richner has been a musician all of his life. From 1972 onwards, he performed under the pseudonym “Beaotcello”. For his poetic and cabaret music programmes, he wrote music and lyrics of several works himself. The long-term SUISA member passed away in the early hours of Sunday, 09 September 2018 at the age of 71. Text by Manu Leuenberger 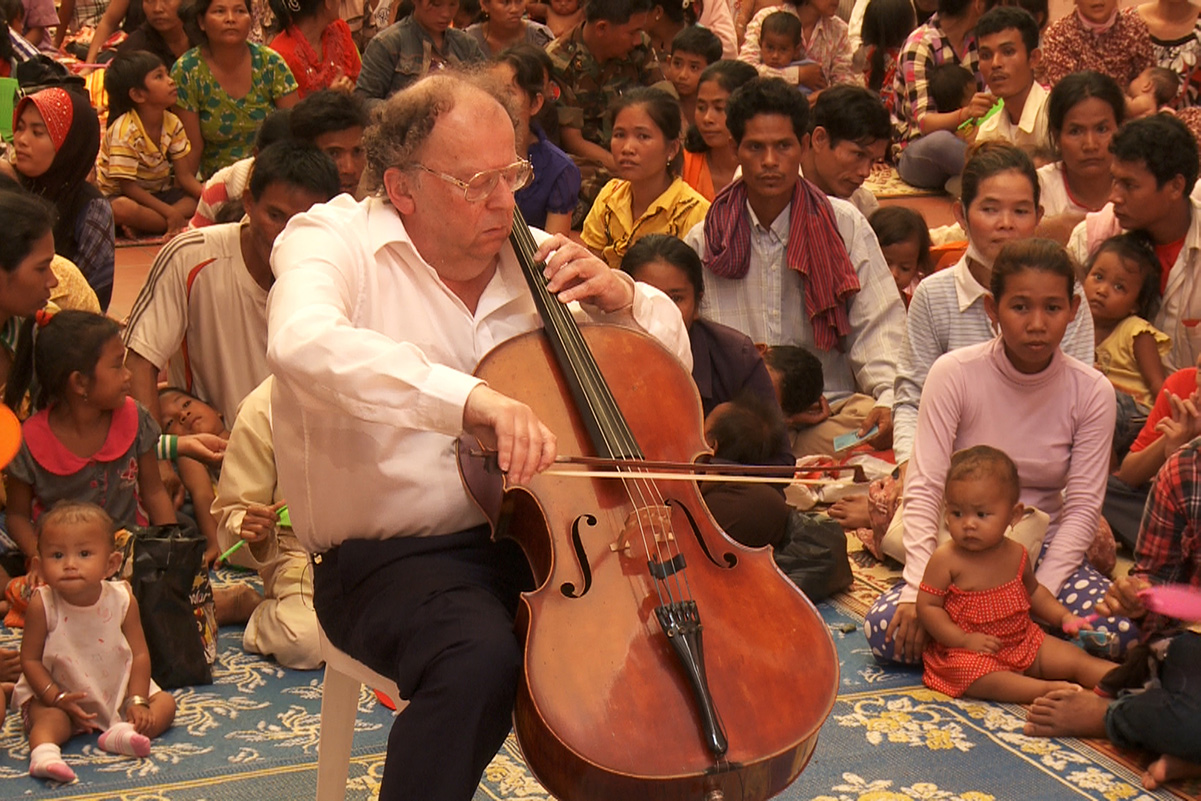 The paediatrician who played music, Dr. Beat Richner – here a production image from the movie “L’Ombrello di Beatocello” by Georges Gachot – had been a SUISA member since 1978. (Photo: Gachot Films / www.lombrellodibeatocello.com)

Beat Richner was born on 13 March 1947 and grew up in Zurich. After taking his baccalaureat, he dedicated himself to music for a year. The 19-year-old publicly performed a programme called “Träumerei eines Nachtwächters” (Musings of a night watchman). During his subsequent studies of medicine, he developed the character of the music clown “Beatocello”. Beat Richner became known in the Swiss cabaret scene under said pseudonym. In the context of his humanitarian engagement in Cambodia, the paediatrician-musician also attracted interest abroad.

In 1978, Beat Richner became a SUISA member. He was the composer and lyricist of songs which he wrote mainly for the Beatocello music programmes. His compositions carry titles such as “Chatz und Muus” (cat and mouse), “SʼTröpfli” (the droplet), “Zirkus” (circus), “Doctor PC” (doctor PC), or “Dong und Deng” (Dong and Deng) and have been recorded onto various CDs. Other recordings feature the cello player as a performer of works by Bach, Vivaldi and Bruch.

The cello was a loyal companion for Dr. Beat Richner. In an interview with the “Schweizer Illustrierten”, he mentioned that he played the instrument for 30 to 40 minutes every day. That way, he would stay fit to play during concerts which he held each Saturday in Siam Rep for visitors from all over the world in order to inform about the hospitals he founded and to raise donations. “A cello does talk like a human then”, Beat Richner said during the interview. “A simple, a warm and comforting voice.”